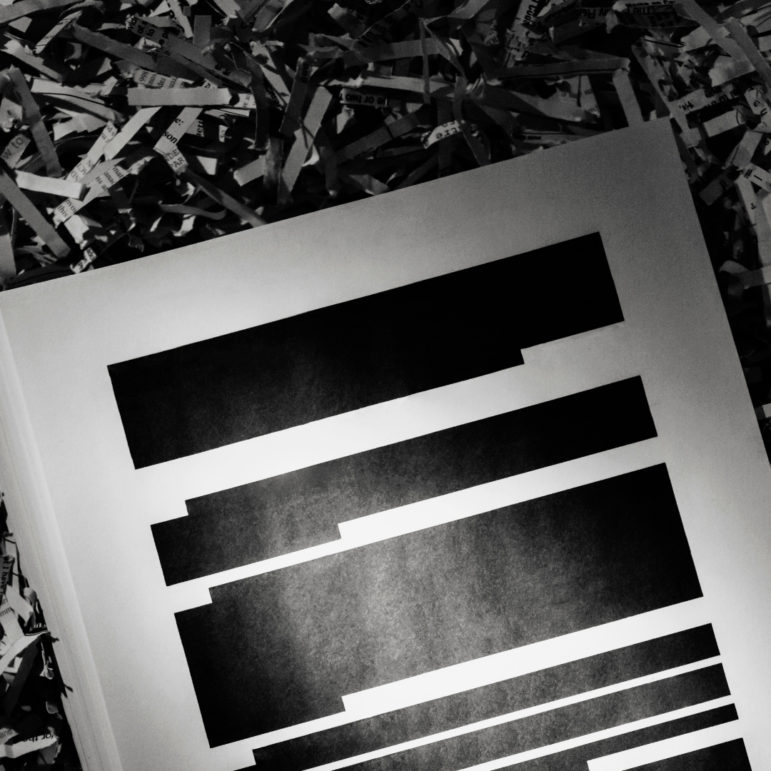 FirstEnergy, DeWine’s office and others still far from full disclosure on HB 6

Roadblocks at the Public Utilities Commission of Ohio, in Gov. Mike DeWine’s office and elsewhere could make it harder to prevent future corruption. This article is provided by Eye on Ohio, the nonprofit, nonpartisan Ohio Center for Journalism in partnership with the nonprofit Energy News Network. Please join the free mailing lists for Eye on Ohio or the Energy News Network, as this helps provide more public service reporting. Advocates, lawmakers, regulators and the public still can’t get all documents relevant to the state’s $60 million House Bill 6 scandal involving ousted Ohio House Speaker Larry Householder, FirstEnergy and others. Barriers include protective orders, privilege and confidentiality claims, delays and other roadblocks. The Public Utilities Commission of Ohio “must first broadly investigate FirstEnergy in order to learn the facts for remedying any consumer harm,” said Merrilee Embs, spokesperson for Ohio Consumers’ Counsel Bruce Weston. “Ohioans are owed the facts by their state government. Unfortunately, in PUCO cases some facts can be hard to come by from FirstEnergy.”

In broad terms, federal and state court cases allege that FirstEnergy, its affiliates, and others paid roughly $60 million to dark money groups to elect supporters of Householder, secure the passage of HB 6, and block a voter referendum to stop it. FirstEnergy has also admitted to paying millions of dollars to a company linked to Sam Randazzo, including $4.3 million shortly before he became chair of the Public Utilities Commission of Ohio. HB 6’s nuclear subsidies and recession-proofing provisions have been repealed. However, other parts of the law still require Ohioans to pay roughly $233,000 per day for two 1950s-era coal plants, known as the OVEC plants.

How Ohio became the No. 1 state for nursing home assistant shortages

This story is from the Investigative Reporting Workshop in collaboration with Eye on Ohio, the nonprofit, nonpartisan Ohio Center for Journalism. Please join Eye on Ohio’s free mailing list or follow IRW on Facebook as this helps us provide more public service reporting. Ohio nursing homes reported more shortages of nursing assistants than any other state during the pandemic, highlighting a problem that has been festering for decades.

Ohio has the third highest number of nursing homes behind Texas and California, and tallied STNA shortages in 26% of reports to the Centers for Medicare and Medicaid services (CMS). That makes Ohio the 14th worst nationwide for the percentage of nursing homes reporting too few STNAs that same year.

SIDE BAR: The long road for nursing home legislation in the Statehouse

This story is from the Investigative Reporting Workshop in collaboration with Eye on Ohio, the nonprofit, nonpartisan Ohio Center for Journalism. Please join Eye on Ohio’s  free mailing list as this helps us provide more public service reporting. As Ohio grapples with the highest number of State Tested Nursing Assistant (STNAs) shortages in the country and decades-long issues of pay and work conditions, legislation over nursing homes has become a lucrative battleground both nationally and in the state.

The industry’s primary trade group representing two-thirds of nursing homes has spent more than $30 million on lobbying to Congress since 2010. The state affiliate, Ohio Health Care Association (OHCA), and its related entities have contributed millions of dollars in recent years to political groups that have supported various campaigns, including Gov. Mike DeWine’s.

Unlike other states, Ohio legislators — not the state’s department of Medicaid — determine the funding formula for nursing homes.

The company’s revelations about Ohio’s largest corruption case raise questions about the integrity of the regulatory process and its piecemeal approach to reviewing utility spending. This story is from the Energy News Network in collaboration with Eye on Ohio, the nonprofit, nonpartisan Ohio Center for Journalism. Please join Eye on Ohio’s  free mailing list or the mailing list for the Energy News Network as this helps us provide more public service reporting. The Public Utilities Commission of Ohio should conduct a big-picture, in-depth review of FirstEnergy’s spending and governance in light of the company’s admissions last month about former PUCO Chair Sam Randazzo, critics say.

Covid Correctional: behind Ohio’s campaign to get prisoners vaccinated

How one Ohio city lowered evictions and late rental payments

The order comes as newly released documents point to a larger role on legislative matters for the former utilities commission chair. This article provided by Eye on Ohio, the nonprofit, nonpartisan Ohio Center for Journalism in partnership with the nonprofit Energy News Network.