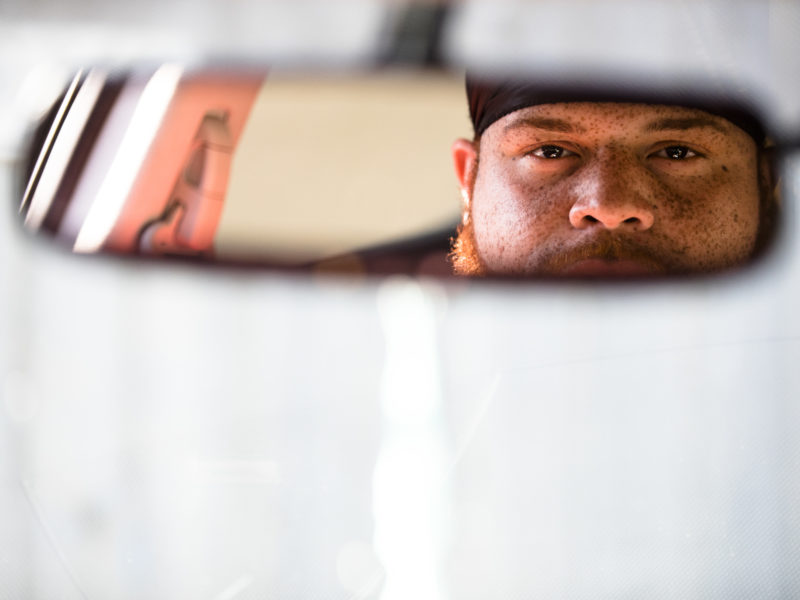 Reporters from the nonprofit newsroom Eye on Ohio, The Cincinnati Enquirer and researchers from Stanford University’s Big Local News program examined police stops to assess how the three largest communities in Ohio use public safety resources and to identify potential bias in policing. Followed in a public park and forced to leave. Cuffed and questioned for whistling while waiting for a bus. Pulled over for spending too much time at a gas station. Some black drivers and pedestrians in Cincinnati say they’ve been unfairly stopped and questioned by police.

“It seems to be if you are a minority, you’re a target and you’re automatically doing something wrong,” said Michelle Cameron, a black resident who lives in the Cincinnati neighborhood of Westwood. 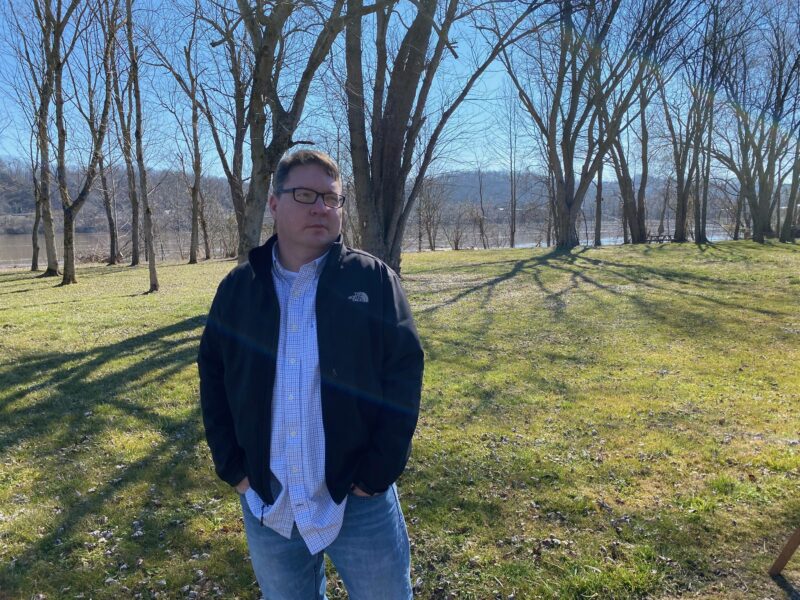 A scooped-up side lot and the riverfront parcel that mysteriously got away: How rules written for distressed  ‘Rust Belt’ property may benefit a select few 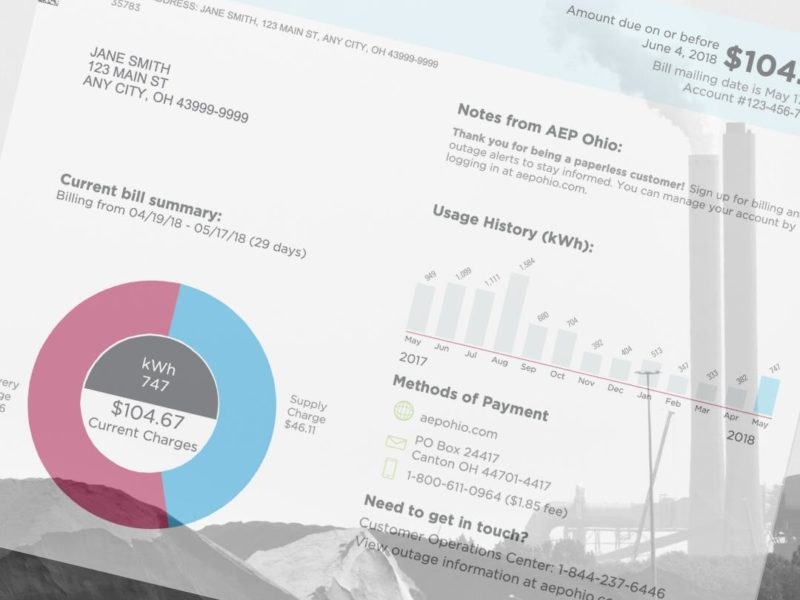 As Ohio regulators sit on coal plant subsidy cases, costs could rack up for ratepayers 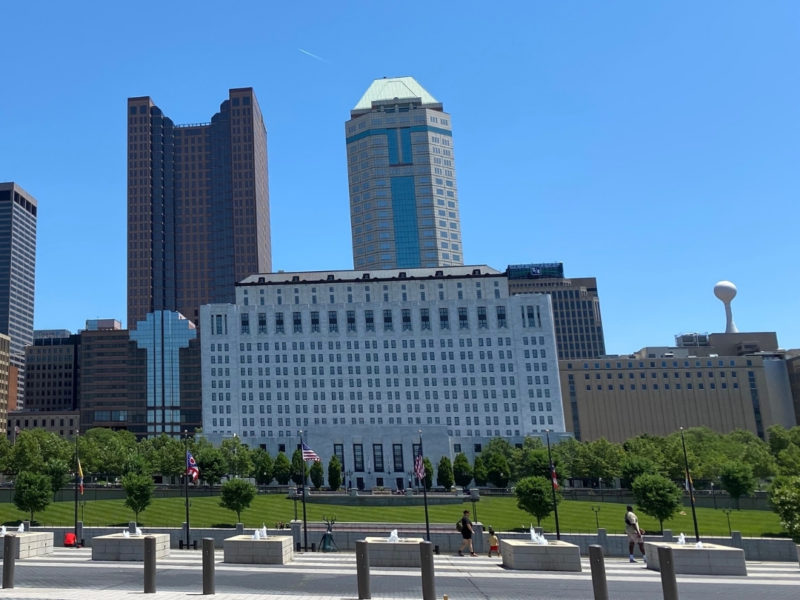 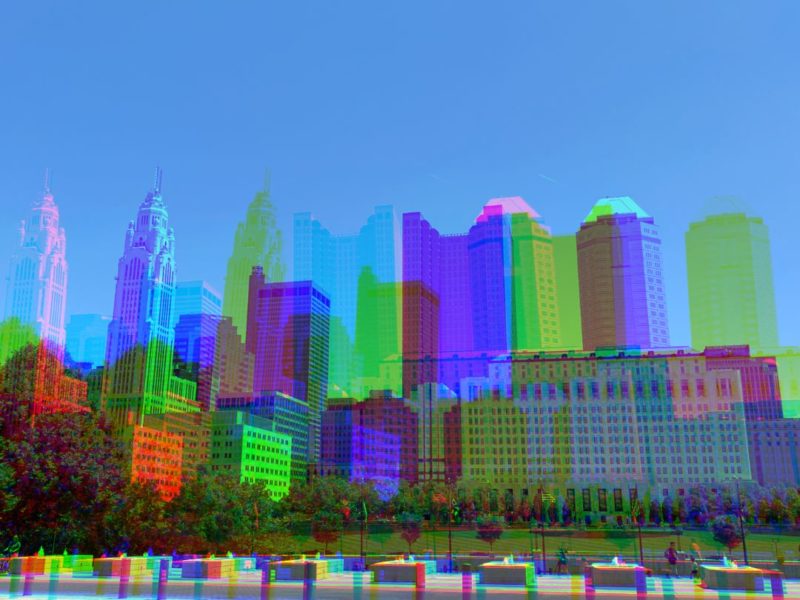 A federal prosecutor’s move to stay PUCO cases would thwart investigations behind FirstEnergy’s spending and other matters related to Ohio’s ongoing House Bill 6 corruption scandal. This article is provided by Eye on Ohio, the nonprofit, nonpartisan Ohio Center for Journalism, in partnership with the nonprofit Energy News Network. Please join the free mailing lists for Eye on Ohio or the Energy News Network, as this helps provide more public service reporting. On Tuesday, a federal prosecutor asked to shut down four Ohio regulatory cases relating to Ohio’s House Bill 6 scandal for at least six months. If granted, the request by U.S. Attorney Kenneth Parker of the Southern District of Ohio will further block Ohioans’ ability to learn more about the alleged corruption behind the state’s 2019 nuclear and coal bailout law.

FirstEnergy admitted last year that it paid nearly $60 million and bribed two Ohio public officials in connection with HB 6, including the former speaker of the Ohio House and a former head of the Public Utilities Commission of Ohio.

Charity groups often depend on utilities for funds to do good works, but rate hikes by those utilities can impose more stress on low-income people the nonprofit groups serve. This article is provided by Eye on Ohio, the nonprofit, nonpartisan Ohio Center for Journalism, in partnership with the nonprofit Energy News Network. Please join the free mailing lists for Eye on Ohioor the Energy News Network, as this helps provide more public service reporting. Central Ohio’s LifeCare Alliance is a lifeline for tens of thousands of seniors and medically challenged residents. The Columbus-based charity delivers meals and healthcare to people who need help staying in their homes due to age or other issues.

Texts about the $456 million charge may further undermine public confidence in the PUCO. This article is provided by Eye on Ohio, the nonprofit, nonpartisan Ohio Center for Journalism in partnership with the nonprofit Energy News Network. Please join the free mailing lists for Eye on Ohio or the Energy News Network, as this helps provide more public service reporting. Newly disclosed texts from a former head of the Public Utilities Commission of Ohio suggest he knew a grid modernization charge that cost ratepayers nearly half a billion dollars was “likely to be found illegal and could not be refunded.”

Former PUCO Chair Asim Haque and former FirstEnergy Vice President Michael Dowling exchanged text messages on the same day the Supreme Court of Ohio held the charge unlawful. Challengers in the case had argued that the commission’s order imposing the charge basically had no strings attached to make FirstEnergy take any specific actions to modernize the grid.

This is part two of a three-part series looking at the state of water affordability in Cleveland, Philadelphia and beyond, authored by the Northeast Ohio Solutions Journalism Collaborative in partnership with Resolve Philly in Philadelphia. You can find Part 1 here. Robert Ballenger’s office in Center City Philadelphia is filled to the brim with stacks of paperwork. It’s just one small sign of the complexity of the assistance programs his low-income clients need. Ballenger, an attorney who deals with utility issues at the nonprofit Community Legal Services, has helped dozens of people apply for Philadelphia’s Tiered Assistance Program (TAP), which provides residents with low incomes a major discount on their water bills.

The biggest corruption scandal in Ohio’s history happened right under people’s noses, and much of the law at its center remains on the books. This story originated from the Energy News Network and Eye on Ohio and is part of ‘Climate & Democracy,’ a series from the global journalism collaboration Covering Climate Now. It has been three years since Ohio lawmakers first introduced the power plant bailout legislation that is now at the heart of the largest corruption case in state history. Since House Bill 6 passed in 2019, an FBI investigation has revealed a $60 million bribery scheme, leading to extensive admissions by FirstEnergy — a utility company central to the scandal — and guilty pleas from three defendants in a federal criminal case.

Beyond that, though, accountability has been slow to come, and HB 6, which also gutted the state’s clean energy standards, remains on the books. Just as the Intergovernmental Panel on Climate Change’s latest report notes how vested interests have blocked progress on climate change mitigation, the HB 6 scandal shows how utility, fossil fuel and nuclear interests have framed Ohio energy policy, even when that policy conflicts with voter preferences on renewable energy.

Greg Price’s recusal comes shortly after newly released documents show he played a part in policy discussions on HB 6 and responses to the FirstEnergy scandal.

This article is provided by Eye on Ohio, the nonprofit, nonpartisan Ohio Center for Journalism in partnership with the nonprofit Energy News Network. Please join the free mailing lists for Eye on Ohio or the Energy News Network, as this helps provide more public service reporting. An Ohio regulatory official has stepped away from four FirstEnergy regulatory cases just three weeks after the release of subpoenaed documents showing he took part in policy matters relating to House Bill 6, the nuclear and coal bailout law at the heart of an ongoing corruption scandal. The materials show that Gregory Price, a hearing examiner overseeing House Bill 6 cases for the Public Utilities Commission of Ohio, was looped in on policy communications with former PUCO Chair Sam Randazzo before the law passed in 2019 and when bills to repeal it were proposed in 2020, in the wake of the arrests of former Ohio House Speaker Larry Householder and others. Later disclosures by FirstEnergy implicated Randazzo in the scandal; he has resigned from his position but denied culpability.

Four years ago, Rondye Brown reached “the darkest place” in his life. Feeling trapped in an endless cycle of crime, prison and substance abuse, Brown decided on what he believed to be his best solution.

“I asked God to remove his hand from me, because I didn’t want to be in a conscious state of feeling,” he recalled. “When I said that to God, I knew that I was going to end my life.”

Alone in his room that night at a friend’s house in Southern Ohio, Brown grabbed a knife and stabbed himself in the chest. When he regained consciousness a few hours later, he looked down at a pool of blood. He also saw the knife and knew he needed to remove it.

He called a couple of friends from church, and they drove him to the hospital.

Al Jenkins outside of his Cleveland home. This project was funded by a grant from the Pulitzer Center and provided by Eye on Ohio, the nonprofit, nonpartisan Ohio Center for Journalism. Please join Eye on Ohio's free mailing list as this helps provide more public service reporting to the community. Al Jenkins has what neighbors called “the nicest house on the block.” The renovated historic structure has fresh gray paint and manicured landscaping. A side lawn looks like it also is his.

Sidebar: What is Artificial Intelligence and why use it to look at public records?

This project was funded by a grant from the Pulitzer Center and provided by Eye on Ohio, the nonprofit, nonpartisan Ohio Center for Journalism. Please join the free mailing list for Eye on Ohio as this helps provide more public-service reporting. Meredith Broussard notes in her book, “Artificial Unintelligence,” that “AI” is a bit of a misnomer. True artificial intelligence means computers have finally achieved consciousness. Scientists are a long way away - if that is even possible.

Why then has “artificial intelligence” become ubiquitous?  Major companies and the state of Ohio refer to AI as vital to speech recognition, self-driving cars and web searches.

In a consolidated case, the Ohio attorney general’s office wants to move ahead on its civil racketeering case against FirstEnergy, Energy Harbor and others. This article is provided by Eye on Ohio, the nonprofit, nonpartisan Ohio Center for Journalism in partnership with the nonprofit Energy News Network. Please join the free mailing lists for Eye on Ohio or the Energy News Network, as this helps provide more public service reporting. The cities of Cincinnati and Columbus have dismissed their state court claims against FirstEnergy and Energy Harbor for the companies’ actions relating to House Bill 6, the nuclear and coal bailout law at the heart of a $60 million corruption case in Ohio. “The dismissal was the result of negotiations with the defendants, the court’s ruling in our favor, and the partial repeal of HB 6,” said Andrew Garth, interim city solicitor for Cincinnati.