Regulatory proceedings have big impacts on how much Ohioans pay for their electric service. How would you decide some of Ohio’s cases on electricity rates? Eye on Ohio, in a joint project with the Energy News Network, surveyed the biggest changes to the recent legal landscape. Each of the following problems is drawn from a real case decided by the Public Utilities Commission of Ohio or the Ohio Supreme Court.

The PUCO’s five commissioners are appointed by the governor for rotating five-year terms, while the court’s seven justices are elected. As of May, five of the seven justices on the court were registered Republicans, and two were Democrats. 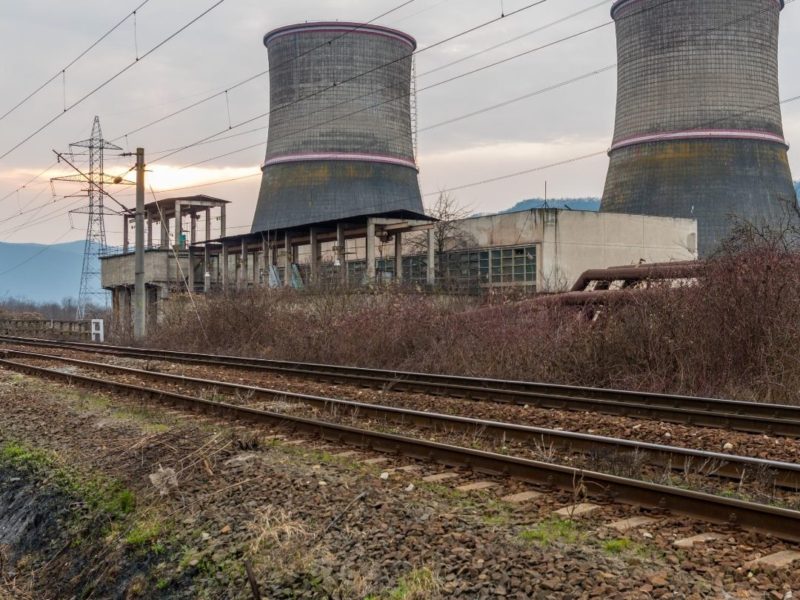 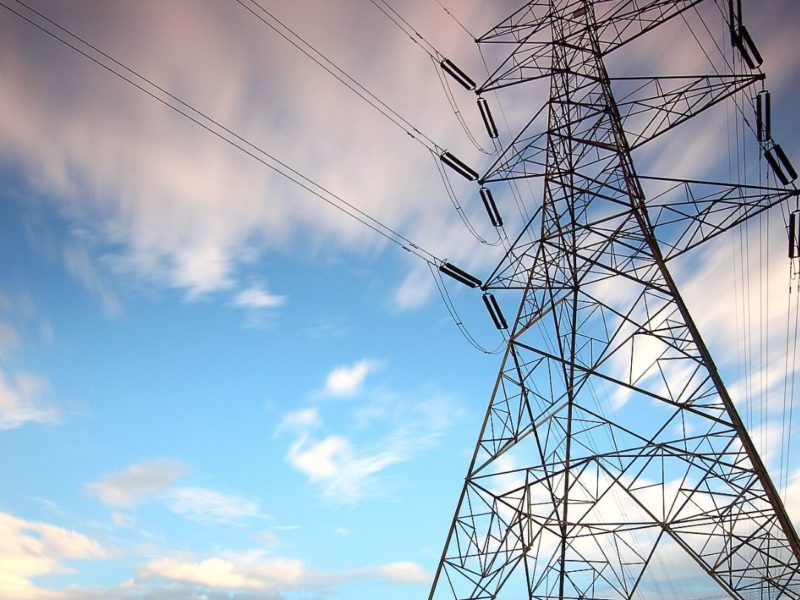 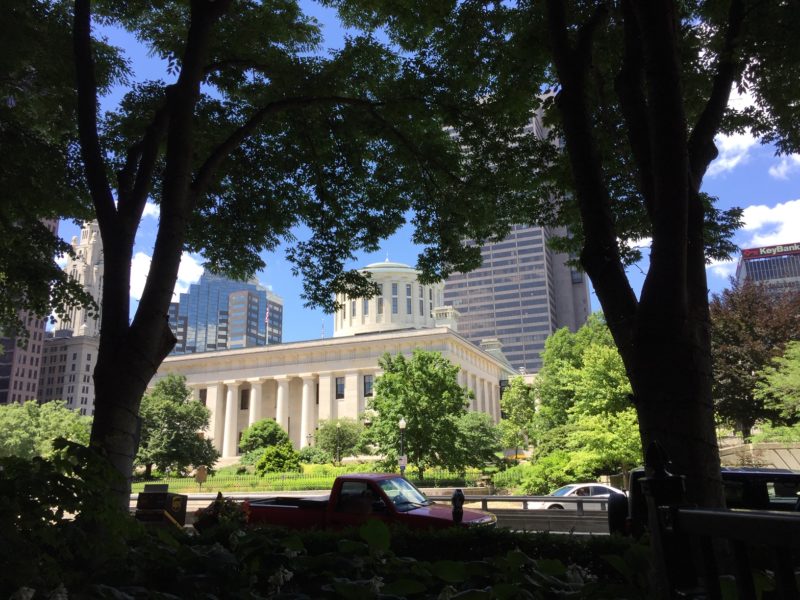 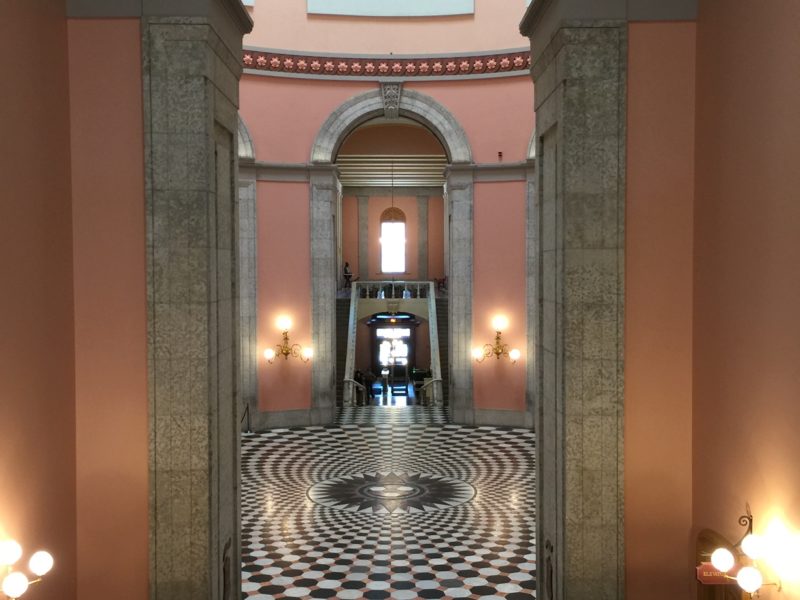 Fighting for the Ohio River watershed’s mussels: Experts are working to get to the bottom of their mysterious disappearances

“Will one of these fit?” Wendell R. Haag asks, holding out a couple pairs of well-worn creeking shoes he’s pulled from the back of his pickup. Haag is going to see an aquatic wonder, and even tall waterproof rubber boots are sure to fill with water in the sometimes knee-deep stretch of the Licking River. Haag grew up near here, in Kentucky. He tells of his fascination with the bottom feeder he’s about to show. As a child, he began collecting opalescent nacre shells in shades of pink, purple and peach near his home.

Anthony Wolkiewicz had his picture taken with Fred Rogers while working at WQED in 1977.

Rogers made a special point to ask about Wolkiewicz’s youngest son. “Who is this? I don’t remember him in my neighborhood,” Wolkiewicz remembers him saying in the same voice he used on Mister Rogers’ Neighborhood. It’s sheer luck that Wolkiewicz still has that photo: he lost many of his cherished photographs when his basement flooded in June 2017. More than 2 inches of rain fell in an hour, he said, and Saw Mill Run Creek behind his house “became a raging rapids.”

“It crested over its banks, and I got 4 feet of water in my basement,” Wolkiewicz, 65, recalled.

Mercury flows through industrial wastewater into the Ohio River, and damages young brains. But the multi-state agency tasked with keeping the waterway clean hasn’t tightened controls on this pollution because it doesn’t have the authority to do so. While coal-fired power plants, chemical manufacturers and other facilities along the Ohio River are piping mercury directly into the river and there’s a permitting process to regulate that, the more significant source appears to be mercury blown into the atmosphere from smokestacks — both locally and across the globe from mining, energy and other industries. The mercury eventually settles on land and flows into water. Figuring out how much of the toxin is coming from local industries or wind currents remains a challenge.

Plugging the myriad orphaned oil and gas wells around Ohio costs, on average, more than $110,000 per well, according to a new analysis of Department of Natural Resources data. The research was pulled from contracts the state awarded in 2019 by the ARO Working Group, a network that studies the decommissioning of oil assets and is affiliated with environmental group Earthworks. Compared with Ohio’s actual cleanup costs, operators are only required to put up a fund, called a bond, of $5,000 per well or $15,000 for all of their wells. This money, a fraction of the true price tag, is returned to operators once they plug their wells, which is meant as an incentive to do so. “My big concern is that the business models here in Ohio are premised on cheap water, cheap waste and cheap landscape change,” said Ted Auch, the Great Lakes program coordinator at environmental group FracTracker Alliance.

Toxic Discharge Data Shows Where Pollutants Leach into the Ohio River, but Enforcement Remains an Issue (With Interactive Map)

All Tim Guilfoile wants to do is fish. Before his retirement, he had two careers: one in business and one in water quality activism. Now, he serves as the director of marketing and communications for Northern Kentucky Fly Fishers. “We fly fish for bass, blue gill, striped bass and others. Not just trout.

In Louisville, Kentucky, the Ohio River has something of an image problem. It seems like everything imaginable has ended up in the river at one time or another. There are the usual suspects like plastic bottles, Styrofoam coolers and tires. There are the byproducts of cities and industries: sewage, landfill juice and industrial waste. And then there are the things that seem almost uniquely Kentucky like coal ash and bourbon.

Rising waters: Aging levees, climate change and the challenge to hold back the Ohio River

When 78-year-old Jim Casto looks at the towering floodwalls that line downtown Huntington, West Virginia, he sees a dark history of generations past.

The longtime journalist and local historian is short in stature, yet tall in neighborhood tales. On Casto’s hand shines a solid gold ring, signifying his more than 40 years of reporting at the local paper. He walks up to the entrance of Harris Riverfront Park, one of 21 gate openings in the more than 3.5 miles of floodwalls covered in decades of charcoal-colored grime and dirt. The river has shaped the city, providing the transportation for coal, steel and chemical products. But Casto also knows the river has the power to destroy, as it did before the omnipresent walls were there.

Casto published a photobook on the most destructive flood the Ohio River Valley has seen.

“January of 1937 was exceptionally warm.

The city of Newport, Kentucky, is shaped on its north and west borders by the Ohio and Licking rivers. And while Newport hosts entertainment venues and a bourbon distillery bolstered by views of Cincinnati’s skyline, its geography and history also create challenges.

As a Rust Belt town with a steel mill and a lead smelting plant no longer in use, Newport’s population of 15,000 people is half of what it was in 1960. The community is left with many vacant lots, more concrete than greenspace, and sewers that overflow into streets and basements after a hard rain.

To slow the flow, residents have adopted the idea of strategic depaving. Depaving, or removing unnecessary pavement, creates the opportunity for more greenspace and makes it more likely that rainwater would be absorbed rather than entering the outdated infrastructure. With the community looking to be part of the solution, the goal became to “design those amenities to provide the ecosystem services that we want from green infrastructure,” said Kirsten Schwarz, who led the effort in her capacity as director of the Northern Kentucky University Ecological Stewardship Institute.

Ever hear of a nurdle? This new form of pollution could be coming to the Ohio River

When the petrochemical plant being built by Shell Chemical Appalachia in Beaver County is complete, it’s anticipated to bring 600 jobs as well as spinoff industries. But some researchers and activists warn that it could also bring a new type of pollution to the Ohio River Valley — nurdles.

Nurdles are tiny plastic pellets similar in size to a lentil and produced at petrochemical plants. They’re the raw material of the plastics industry, the building blocks of everything from car parts to keyboards to grocery store bags. Jace Tunnell is the reserve director at the Marine Science Institute at the University of Texas at Austin. Before last year, he had only heard of nurdles.

But walking along the beach at Corpus Christi, Texas, in 2018, he saw nurdles littering the high tide line.

Fighting pollution and apathy on the Lower Ohio

When Jason Flickner was a kid, he built a dam on the creek behind his grandparents’ house causing it to flood a neighbor’s basement. When he tells the story now — at 45 and living in the same house — he says his dam was a violation of the federal Clean Water Act.

The story captures Flickner’s current situation: a life interwoven with the waters of southern Indiana and the house his grandfather built in this Ohio River town, intimate knowledge of one of the nation’s premier environmental laws, and a good plan going a little sideways. Flickner is the executive director of the Lower Ohio River Waterkeeper, a nonprofit he started in 2017 to be the voice for the stretch of the Ohio that runs 300 miles from roughly Louisville, Kentucky, to Evansville, Indiana. He’s a career environmental advocate who doesn’t see many opportunities in that line of work in this part of the country.

He’s starting to think it’s time to walk away, but he feels bound to New Albany. Both his grandparents have died; the future of the estate is uncertain, and Flickner doesn’t want to let it go.

To him, building the nonprofit to where it can pay him $40,000 a year is his best chance to keep the house his grandfather built while fighting for a river that he feels called to protect from industrial and agricultural pollution.