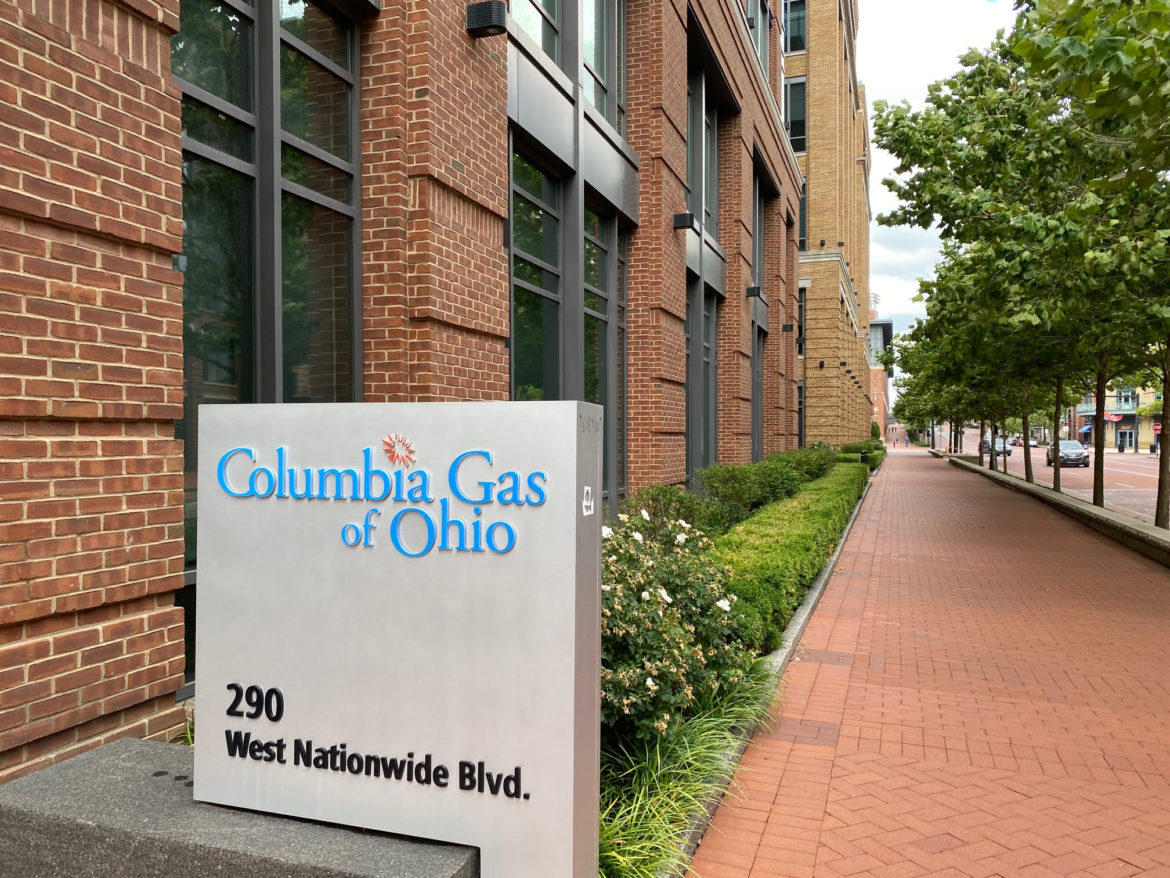 Charity groups often depend on utilities for funds to do good works, but rate hikes by those utilities can impose more stress on low-income people the nonprofit groups serve.

Central Ohio’s LifeCare Alliance is a lifeline for tens of thousands of seniors and medically challenged residents. The Columbus-based charity delivers meals and healthcare to people who need help staying in their homes due to age or other issues. Those people are especially vulnerable to inflation and high energy prices.

“We have a lot of people who either do not have air conditioning in an old house or they can’t afford to turn it on,” LifeCare’s president and CEO Chuck Gehring told NBC News in June as a heat wave baked the region. “A lot of them won’t turn it on because they’re afraid if they can’t pay their bills they’ll get evicted.”

Gehring took a different tone just days earlier when he spoke at a June 9 hearing in a case where Columbia Gas wants the Public Utilities Commission of Ohio to allow a $212 million rate hike. Gehring praised the utility for both its charitable contributions and its benevolence toward clients on utility disconnections.

In response to questions from attorney Angela O’Brien of the Office of the Ohio Consumers’ Counsel, Gehring said that for many of LifeCare’s clients, how much they owe matters less than whether the gas gets shut off, and in that regard Columbia Gas has been a valued partner. “We support Columbia Gas and all that they do in the community here,” he said.

Gehring was not the only nonprofit leader to praise Columbia Gas as it asked regulators to let it triple a fixed monthly distribution charge from $16.75 to $46.31. Officials for the United Way of Central Ohio, the Children’s Hunger Alliance, the Ohio Energy Project, Besa, and the Community Shelter Board also voiced thanks and support for the utility at the June 9 hearing.

None gave direct answers when O’Brien asked if they support the higher charges or inquired how the rate increases would affect the vulnerable populations they serve.

“I can’t speak to that,” Besa founder and CEO Matthew Goldstein said, “but what I can speak to is how Columbia Gas is that strong community partner and how they show up in this community with the nonprofits that have already spoken.”

The Ohio charities’ display of gratitude before state utility regulators raised alarm bells for Dave Anderson, policy and communications manager for the Energy and Policy Institute. A 2019 report by the nonprofit utility watchdog group documented dozens of cases in which charities that got donations from utility companies took political action favoring the companies.

“The main concern is that utilities like Columbia Gas use charitable giving for political and regulatory influence,” Anderson said. “And I think this is a great example of that.”

Nonprofits that testified in support of Columbia Gas in its rate case spoke about receiving financial gifts from the utility or its parent company. They also shared examples of how company employees volunteered their time to help causes.

“Columbia Gas is … proud of its support of community partners through financial contributions from the NiSource Charitable Foundation, a corporate foundation separate from Columbia Gas,” said Eric Hardgrove, director of state communications for NiSource. He added that customer dollars are not used to fund its donations. Ohio law would generally bar that use in any case.

The NiSource Charitable Foundation dispersed nearly $7.5 million in charitable donations in 2020, according to extracted data from its IRS filing. Sophia Fifner, the foundation’s executive director, declined to provide the full Form 990 report to the Energy News Network before the IRS posts it online, although federal law generally requires that returns be provided in response to requests.

In addition to donations and volunteer time, data from the Accountability Project and other sources show the utility also has some personal relationships with various nonprofits:

Critics cautioned that the charities’ support for utility rate hikes could backfire on them and their organizations’ clients.

“We appreciate the work of charities. But it is awkward and unhelpful for consumers when charities receiving donations from Columbia Gas show up to testify in support of the utility at a PUCO hearing on Columbia’s $212 million rate increase filing,” said Merrilee Embs, spokesperson for Ohio Consumers’ Counsel Bruce Weston.

“The charities’ testimony in support of Columbia Gas at the PUCO could give the unwanted appearance that a utility’s charitable giving is connected to utility influence,” Embs said. “No one involved should want even the appearance of any strings attached to the utility’s good initiative to support charity.”

The charities’ praise for Columbia Gas also troubled Sunrise Columbus member Joseph Glandorf, who also spoke against the utility’s rate hike at the same hearing where the nonprofit leaders spoke. “I wonder: did they come here of their own accord, or did Columbia ask them to?” he asked.

In an emailed statement, LifeCare’s director of strategic communications Tricia Strahler said Gehrig stands by his testimony. Echoing points and examples from it, she said NiSource has been a strong partner and worked together with LifeCare “to help ensure that those most in need do not lose their utility service in their time of greatest need and greatest stress.”

“I can honestly say that in my 21 plus years at LifeCare Alliance, not once have we gone to Columbia Gas on behalf of a client, and had the gas shut off for non-payment,” Gehring said in the statement.

Ohio law prohibits utility shutoffs when customers have certain medical conditions and give notice. Otherwise, Columbia Gas shut off customers’ gas more than 59,900 times from June 2021 through May 2022. That number was the highest reported by all gas utilities in Ohio this past year.

None of the other five nonprofit organizations responded to follow-up questions from the Energy News Network. NiSource’s Hardgrove would not say whether the company communicated with the nonprofits about the hearing beforehand.

However, emails among representatives of NiSource, the strategy firm Shumaker Advisors, and the Columbus Recreation and Parks Department apprised the parks department in advance about the June 9 hearing.

“I  also look forward to meeting you in person next week. Thank you again for your support and partnership!” wrote Columbia Gas’s Macke.

Parks director Bernita Reese testified at the June 9 hearing about Columbia Gas’s good works. Fifner at the NiSource Charitable Foundation also is one of her former work colleagues.

A 2021 study in the Quarterly Journal of Economics concluded that nonprofits that got corporate funding were more likely to comment on rules the donor companies also commented on. Compared to other nonprofits, the corporate-funded nonprofits’ comments also were closer in content to those made by the donor companies. And regulators’ remarks on final rules were more similar to those of the companies when recent grantees submitted comments.

Ideally, regulators should be aware that companies engage in strategic philanthropy. “At a minimum it would allow regulators to weight input taking into account its independence of lack thereof,” said Raymond Fisman, one of the study authors and a professor of behavioral economics at Boston University.

Members of the public also can “put pressure on legislators to impose greater transparency on the process,” Fisman suggested.

Columbia Gas is requesting a 27% increase in its base rate, which covers the cost of delivering natural gas to customers but not the fuel itself. NiSource’s Hardgrove said that Columbia Gas has not increased that rate in 14 years, and most customers would pay about $10 more per month.

But those bills have steadily risen as riders increased ratepayers’ bills. An infrastructure replacement rider started out at about $0.31 per month in 2008. The rider now costs $12.91 per month. A capital expenditure program rider started in 2018 was initially $3.51 per month. Residential customers now pay $5.91 monthly.

Fuel costs for customers have also risen. Columbia Gas’ standard choice plan price of $1.56 per hundred cubic feet in May and June is four times the 39 cents that plan’s customers paid during those months in 2018. Some customers are in community choice aggregation plans or shop around for other natural gas suppliers.

On July 28, Columbia Gas asked the PUCO to reschedule the case’s evidentiary hearing to Oct. 18, in order to allow more time for settlement discussions. However, there’s a big gap in some of the parties’ positions.

PUCO staff has recommended a smaller revenue increase ranging from $35.2 million to $57.6 million per year, while the Office of the Ohio Consumers’ Counsel has said the increase should be only about $10 million.

Columbus resident Tiffany Pinto was unswayed by the charities’ testimony in June. As the final speaker at the hearing, she talked about how the rate increase would affect her as a customer and a donor.