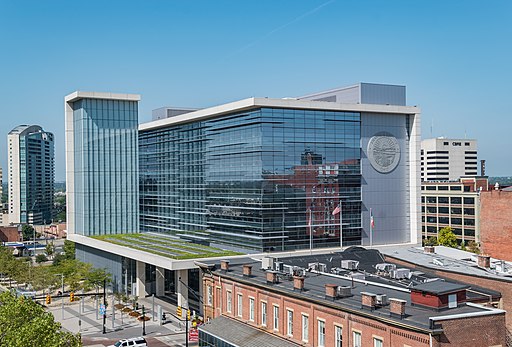 In a consolidated case, the Ohio attorney general’s office wants to move ahead on its civil racketeering case against FirstEnergy, Energy Harbor and others.

The cities of Cincinnati and Columbus have dismissed their state court claims against FirstEnergy and Energy Harbor for the companies’ actions relating to House Bill 6, the nuclear and coal bailout law at the heart of a $60 million corruption case in Ohio.

“The dismissal was the result of negotiations with the defendants, the court’s ruling in our favor, and the partial repeal of HB 6,” said Andrew Garth, interim city solicitor for Cincinnati.

The Dec. 2 dismissal does not include any admission of wrongdoing by FirstEnergy or Energy Harbor. The joint filing was made “with prejudice,” meaning the cities cannot bring the same claims against the companies at a later time.

“The city’s claims were essentially resolved in December 2020 when the Franklin County Court of Common Pleas granted our motion to enjoin FirstEnergy and [Energy] Harbor from collecting the illegitimate fees that were authorized by House Bill 6,” Garth explained. “Additionally, the Ohio General Assembly subsequently passed legislation repealing the portions of HB 6 that were the basis for the city’s claims.”

Those portions were the ratepayer subsidies for two nuclear plants now run by Energy Harbor, which was formerly a FirstEnergy subsidiary known as FirstEnergy Solutions.

“Our lawsuit had the specific purpose of stopping FirstEnergy from collecting the rider payment that would have cost Columbus ratepayers $25 million,” said Meredith Tucker, a spokesperson for the city attorney’s office. “We won the suit, therefore they are not able to collect that money.”

The cities also will receive money to reimburse some of the lawyers’ fees and other litigation costs, Garth and Tucker noted.

The total nuclear plant subsidies for the whole state of Ohio would have been roughly $1 billion over the course of six years. House Bill 128 repealed the nuclear subsidies earlier this year, as well as recession-proofing provisions that would have let utilities guarantee revenues. So, the claims in the case have become moot.

Other parts of HB 6 remain in force, including subsidies for two 1950s-era coal plants, known as the OVEC plants. Those subsidies could total $1.8 billion by 2030. Ohio’s clean energy standards also remain gutted.

In a consolidated case, the office of the Ohio attorney general wants to move ahead with legal fact-finding procedures, or discovery, against FirstEnergy, Energy Harbor and others. As far as Energy Harbor and FirstEnergy are concerned, the civil racketeering case has been mostly idle since February.

“After all, FirstEnergy has effectively admitted its guilt in federal court,” Ohio Attorney General Dave Yost said in a Dec. 1 tweet. “Time to get to the rest of the facts!”

The state’s lawyers are still willing to postpone discovery against former Ohio House Speaker Larry Householder and former Ohio Republican Party Chair Matt Borges. They are the only two defendants in the federal criminal case filed in July 2020 who have not pled guilty or died.

Over the summer, the state’s lawyers added former FirstEnergy CEO Chuck Jones, its former head of external affairs Michael Dowling, and former Public Utilities Commission of Ohio Chair Sam Randazzo and companies linked to him to the case.

As of Dec. 13, no criminal charges have been filed against those individuals by either the federal or state governments. Yet filings in response to the state’s motion suggest both Energy Harbor and FirstEnergy expect new criminal charges against at least some of them.

“Unindicted Defendants Are Entitled to Protection,” said Energy Harbor’s Nov. 23 filing. Its lawyers added that the Ohio attorney general has “purposefully foreshadowed imminent criminal proceedings against at least some of the Defendants.”

Concerns about interfering with defendants’ rights to defend themselves “apply equally where criminal proceedings are imminent or reasonably foreseeable,” which could especially be the case for defendants added most recently, the filing said.

“These individuals were added as defendants precisely because of allegations connecting them to HB 6,” FirstEnergy’s Nov. 19 brief said. The company’s lawyers added that “it ignores reality to suggest that these individuals … would not ignore the Fifth Amendment if subjected to discovery requests.”

Jones and Dowling also don’t want the case to move forward, arguing there is a “very real threat of a criminal prosecution against some defendants,” which could affect key witnesses and evidence. Randazzo’s lawyer argued there is no evidence of Randazzo’s wrongdoing, but said assertions from the government suggest criminal charges could be forthcoming.

“Can there be any legitimate debate that additional, criminal proceedings are under consideration?” the brief said.

FirstEnergy entered into a deferred prosecution agreement with federal prosecutors in July. As of Dec. 12, Energy Harbor had not yet been indicted for any criminal charges in connection with HB 6. Both remain potentially liable to claims by the state of Ohio and others.

The grant of a stay in any civil proceedings is discretionary, the Ohio attorney general’s office argued in reply. Corporations don’t have a right against self-incrimination. And “the indicted and unindicted natural defendants cannot be used as blanket shields,” the Dec. 6 brief said. Also, discovery is moving ahead in some shareholder litigation in federal court.

As of press time, Judge Chris Brown had not yet ruled on the issue.

In a related development, Ohio’s 10th Circuit Court of Appeals denied Randazzo’s effort to get around Brown’s earlier order requiring a bond from Randazzo while he appeals the state’s attachment and garnishment of various assets. The Dec. 7 ruling limits Randazzo’s ability to dispose of assets that might pay a judgment against him if the state prevails in its civil racketeering case.