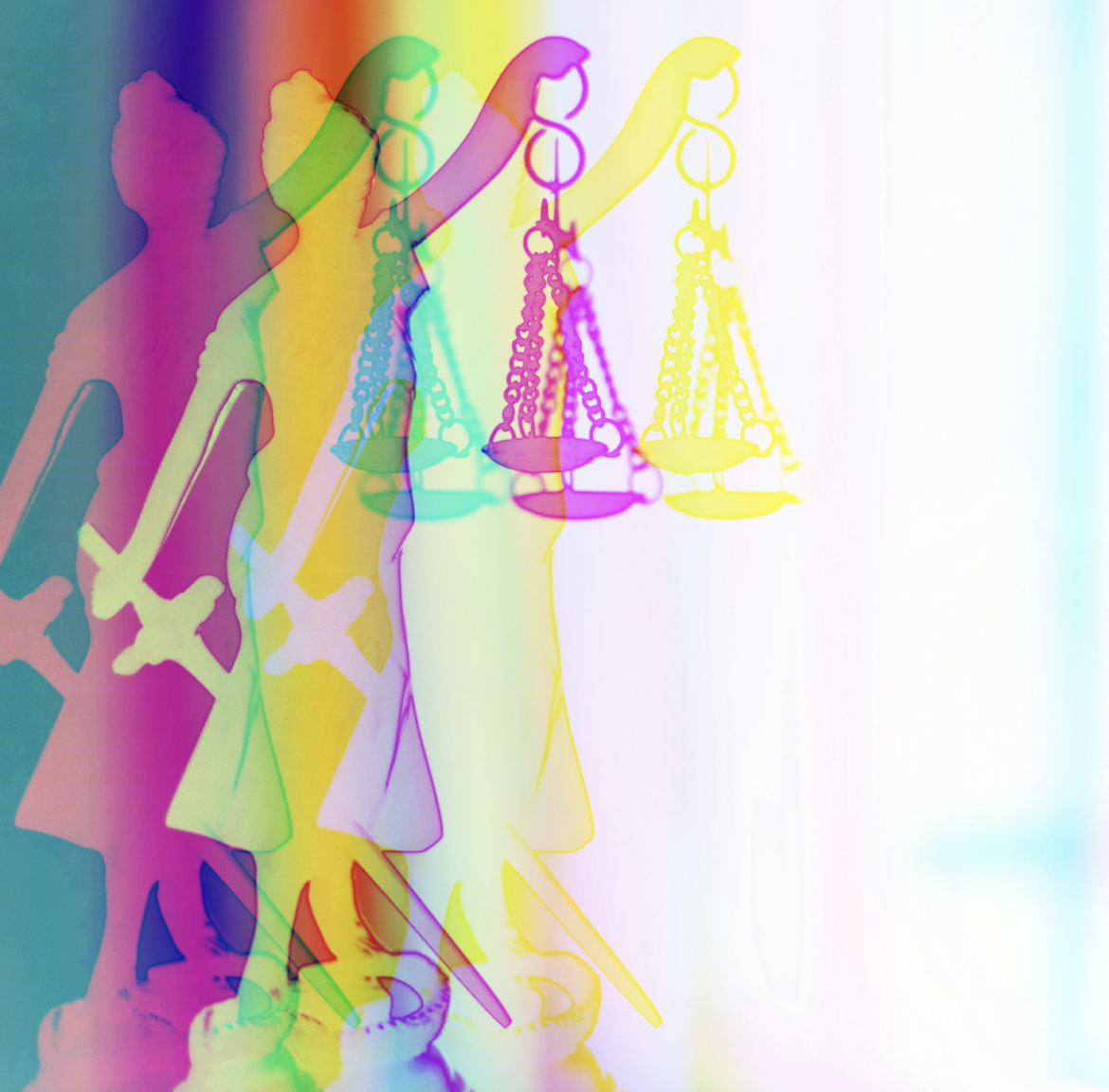 Class action case casts doubt on the integrity of the PUCO’s own actions in light of alleged corruption.

Despite admitting to alleged bribes and unlawful activity that led to the passage of House Bill 6, FirstEnergy just argued that the law and orders under it shield the company from lawsuits from ratepayers.

The argument came in a class action lawsuit brought on behalf of ratepayers who are or will be subject to higher rates as a result of House Bill 6. Nuclear subsidies and recession-proofing provisions for utilities have since been repealed. But ratepayers are still subject to the law’s provisions for subsidies for two old coal plants. The law gutted the state’s clean energy standards as well. If plaintiffs win, all Ohio ratepayers could potentially benefit.

“What’s unique about this case is the company has admitted to having committed a crime and has admitted that some of the decisions that came out of the [Public Utilities] Commission may well have been induced by bribery,” said Ashley Brown, a former utilities commissioner who now heads the Harvard Electricity Policy Group.

The amended complaint says the defendants violated the Racketeer Influenced Corrupt Organizations Act, or RICO, as well as the Ohio Corrupt Activity Act. The named defendants are FirstEnergy, FirstEnergy Service Company, Energy Harbor and several current and former officers. The plaintiffs seek compensatory damages, triple damages, attorney fees and other relief, such as a ruling that HB 6 is unlawful.

Due deference — or not

FirstEnergy renewed the argument on Nov. 19, saying it made filings with the Public Utilities Commission of Ohio after being told to do so because of HB 6. But, Brown said, the PUCO’s orders under HB 6 are themselves under a cloud of alleged corruption.

FirstEnergy has admitted it paid $4.3 million to a company controlled by Sam Randazzo shortly before he became PUCO chair, with the understanding that he would take official action for the company’s benefit. Randazzo has denied wrongdoing.

In Brown’s view, FirstEnergy’s admissions forfeited any protection that a filed-rate doctrine might have given it. They also raise questions about the PUCO’s integrity.

“How can we respect the filed rate when the rate was derived from corruption?” Brown asked. Even after news of the scandal broke in mid-2020, the PUCO didn’t conduct a full investigation into alleged corruption and all of FirstEnergy’s actions relating to HB 6, he noted. Among other things, its staff told prospective corporate separation auditors not to include HB 6 in the scope of their work.

“The kind of presumption of validity that the [federal court] accords to agency decisions is really being jeopardized and perhaps eliminated” by the PUCO’s own conduct, Brown said. “The commission’s inaction, and the actions of course of Randazzo, have basically diminished its ability to defend the integrity of its own decisions.”

“The PUCO can’t comment on pending court cases,” said spokesperson Matt Schilling. “However, I will point out, as you are likely aware, the nuclear monies were never collected and the PUCO has ordered FirstEnergy’s utilities to refund decoupling-related monies consistent with Ohio law.”

PUCO rulings since the scandal erupted last year seem consistent with “FirstEnergy driving the bus on the investigation and accountability,” said Dave Anderson, policy and communications manager at the Energy and Policy Institute.

“You basically have a signed confession from this company,” Anderson said. Yet rulings by hearing examiners and the commission have shielded FirstEnergy from disclosing information and documents to multiple parties.

“What is it you don’t want the public to see?” he asked.

FirstEnergy spokesperson Mark Durbin said he could not comment on pending litigation. He also was asked about some critics’ call for PUCO to start a full ratemaking case now. In response, Durbin noted that a $306 million settlement last month “was unanimous with the PUCO staff and other parties, while also specifying that the next rate case will be in 2024.” That case dealt with significantly excessive profits from an unlawful credit support rider. It did not deal explicitly with House Bill 6.

Delaying a full rate case until 2024 means the test years will likely be 2022 and 2023, Anderson said. In other words, that case likely won’t include “a full look under the hood” at FirstEnergy’s utilities’ books for the years most relevant to HB 6.

FirstEnergy’s Nov. 19 filing also argued that “private litigation cannot collaterally attack state legislation” — in this case, HB 6 — “by treating it as ‘injuring’ a party.” For support, it referred to an 1810 Supreme Court case and noted that the case was recently cited in a case against Commonwealth Edison in Illinois.

The Commonwealth Edison case involved RICO claims based on corruption that led to state subsidies. The district court’s decision found that the complaint didn’t adequately allege causation. And an Illinois district court case isn't binding on a federal court in Ohio.

The 1810 Supreme Court case dealt with whether corruption behind a state land grant law could nullify the rights of later innocent purchasers. The Supreme Court said no.

“If the original transaction was infected with fraud, these purchasers did not participate in it, and they had no notice of it,” Chief Justice John Marshall wrote. “They were innocent.”

FirstEnergy’s situation is more like a man who murders his parents and then begs for mercy because he’s an orphan, Brown said, referring to a quote commonly attributed to Abraham Lincoln.

“They simply scorched the whole integrity of the process,” Brown said. “And now they’re complaining that, ‘just because we bribed someone, why would that deprive us of the benefit of the rates that we bought?’”

FirstEnergy’s Nov. 19 motion also suggests the federal court shouldn’t worry because ratepayers have other avenues for relief. Bills to repeal HB 6 have been stalled. And groups continue to question the independence of the PUCO.

“It is difficult … for the PUCO to discover the facts about the FirstEnergy scandal while not looking for them,” said a Nov. 22 filing by the Office of the Ohio Consumers’ Counsel in one of the PUCO’s “HB 6 related” cases.

Waggoner asked for such a review from Ohio Attorney General Dave Yost and Ohio Inspector General Randall Meyer in August. So far, he’s had no response.

If the company’s arguments fail, then Judge Sargus will need to consider whether to let the case move ahead as a class action. He initially agreed to that on Nov. 9, certifying a class of all Ohio ratepayers who have or will pay higher rates because of HB 6.

Presumably that class could extend beyond FirstEnergy’s customers. Other utilities’ ratepayers were already required to subsidize the OVEC plants through 2024. But HB 6 extends those subsidies through 2030, with an estimated total price tag as high as $1.8 billion.

Judge Sargus vacated that order on Nov. 19 after FirstEnergy objected. The company said it didn’t have to respond to the motion to certify the class until after its lawyers had a chance to ask questions to the named plaintiffs under oath.

The judge’s Nov. 19 order noted that the defendants didn’t necessarily have that right when they had violated an earlier scheduling order for that questioning to take place. Nonetheless, the order said, it would give FirstEnergy a chance to respond. That response is now due on Dec. 14.