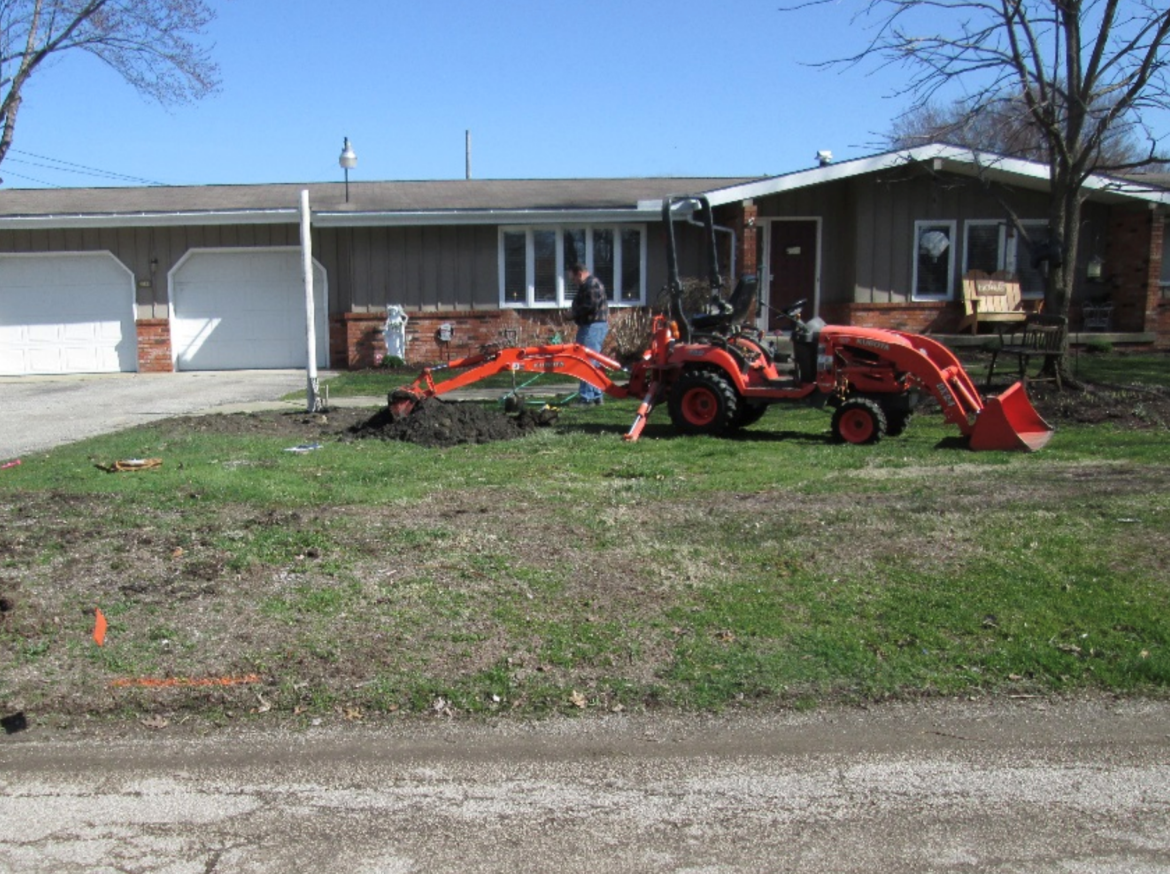 Plugging the myriad orphaned oil and gas wells around Ohio costs, on average, more than $110,000 per well, according to a new analysis of Department of Natural Resources data.

The research was pulled from contracts the state awarded in 2019 by the ARO Working Group, a network that studies the decommissioning of oil assets and is affiliated with environmental group Earthworks.

Compared with Ohio’s actual cleanup costs, operators are only required to put up a fund, called a bond, of $5,000 per well or $15,000 for all of their wells. This money, a fraction of the true price tag, is returned to operators once they plug their wells, which is meant as an incentive to do so.

About 900 orphaned wells are currently confirmed around the state, although that is a small percentage of the true number, according to Gene Chini, manager of the Orphan Well Program for Ohio’s Division of Oil and Gas Resources Management.

“There are thousands more out there that have yet to be found or identified in this state,” Chini said. “We get calls every day from people building homes or plowing fields that come across these wells.”

By one state count, there are as many as 19,000 orphan sites in Ohio, where the first oil well was drilled in 1814. Applying current reclamation costs to that number suggests the state could face a $2 billion cleanup bill.

Matt Hammond, president of the Ohio Oil and Gas Association, acknowledged in an email that there are “tens of thousands of orphan wells spread across the state,” although most were deserted before modern laws were written.

The Department of Natural Resources, which has plugged more than 1,000 deserted wells to date, is experimenting with an aerial magnetometer, a tool that measures magnetic fields, to identify more wells.

“Orphan wells have been found and plugged in a school gymnasium, in building basements, amongst homes, in farm fields, in waterways and wetlands, along shorelines, and within forests,” read a recent department presentation.

Many of these old wells were drilled a century ago, so the state has little or no data on them and must send out a field inspector to build a risk evaluation. Orphan wells receive a score based on their immediate threat to community health and the environment and are then offered up to contractors to clean. Costs can pile up if these companies run into haphazard historical plugging efforts.

“We’ve had anything from people dumping cobbles down the wells to old cable tool bits,” Chini said. His division’s goal this fiscal year is to plug 200 wells with $25 million — $125,000 for each well.

Some estimates place the number of orphan wells nationwide as high as 3 million. If Ohio’s cleanup costs serve as a rough per-well estimate, fully solving the U.S. orphan well problem could cost hundreds of billions of dollars. Additionally, offshore oil platforms can cost tens of millions of dollars each to decommission, and oil and gas companies annually drill more onshore wells than they plug.

An analysis of data from the Ohio oil and gas agency revealed that 748 more wells were drilled than plugged in the decade preceding 2018.

With the recent rapid growth in Ohio’s petroleum industry, this trend is unlikely to reverse anytime soon.

Many of these newer wells, though, have shorter lifespans, meaning the number of unplugged wells in need of cleanup could also rise, although Hammond said modernized record-keeping is stopping these wells from being left to the state.

This growth does come with benefits for orphan well cleanup, as the program is largely funded by a severance tax on current production.

“Through the fees and taxes our producer members pay to the state, we are completely funding the process of plugging abandoned wells,” Hammond said. “Ohio is uniquely positioned, among producing states, to totally eradicate abandoned wells.”

Oil and gas industry opponents, including Auch, argue that framing. Auch said those taxes were “money that should have gone back to the general fund and to the people.”

This new analysis of per-well cleanup costs is also of concern for the tens of thousands of wells pumping on federal land around the country.

A September report from the U.S. Government Accountability Office found that four out of five cleanup funds for such wells are at their legal minimum — levels that have not been updated since the 1960s. Bonds for at least 99.5% of wells are too low, the report found.

“Bonds are not sufficient to prevent orphaned wells in part because they do not reflect full reclamation costs for the wells they cover,” the agency wrote.

This story originally appeared in the Energy News Network and is shared as part of the Amplify Project at the Institute for Nonprofit News.