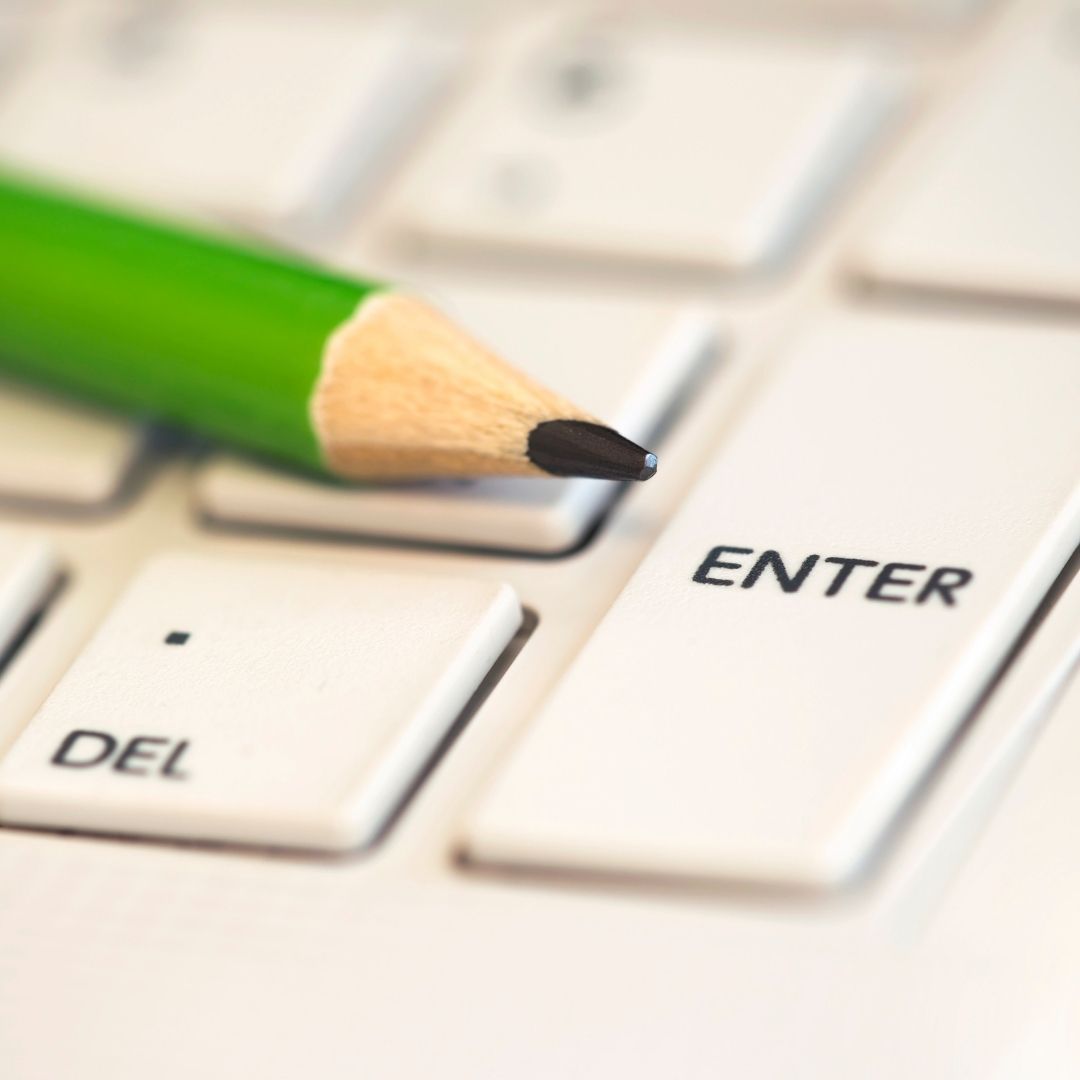 Educational apps aren’t new for the Brimfield family. Kristin Brimfield said she’s been using mobile learning games with her son, Logan, since he was two. But while schools were closed where she lives near Canton, she said she relied on them more often to fill Logan’s free time.

But finding apps that were fun, functional, and educational wasn’t easy.

“Oh my gosh, there's so many” options, she said. “I’ve probably read dozens of articles rating apps and getting ideas. And then there were some [apps] that I would get suggestions for and think they were going to be really great, and then download them and realize that they’re junk.”

And school districts have been using a variety of apps to teach this fall.

“In Ohio you have 611 individual school districts, and it doesn’t operate like in some states that are more ‘state-driven.’ We all have common standards, but you can meet them in different ways,” said Sheryl Sheatzley, spokeswoman for the Hudson City School District, about midway between Cleveland and Akron.

She said the school worked for months to find the best apps, because some students are in school full time and some are fully remote.

“It’s certainly been a challenge, but we’ve been getting better and better at it,” she said.

The Cleveland Municipal School District, for example, loads up kindergarteners’ online learning portals with a host of apps like Imagine Math, BrainPOP Jr. and MobyMax. The curriculum director for the Euclid school district said they use apps like RazPlus and Learning A-Z, and are setting up a process to select apps that can be pre-loaded onto tablets before they’re given to students.

Lindsay Ceresnie, who teaches second-grade English-language learners in the suburbs of Washington DC, said her district has added so many apps to students’ learning portals since the pandemic began that she hasn’t had time to test all of them. They’re not as easy for students to use as creators seem to think, she added.

“They love to tell us, ‘Oh, the kids can do this independently. It’s completely intuitive,’” she said. But “there’ll still be something that presents a challenge.”

Dozens of studies in the past decade have examined the educational potential of apps, and many have found that high-quality apps yield promising results. But experts say that most apps advertised as educational fall short.

Melissa Callaghan, a postdoctoral fellow at Harvard’s Graduate School of Education, systematically reviewed 171 of the top-rated apps advertised for kids under 5 from both the Google Play and Apple app stores in 2016 and 2017. She found that many of the apps left kids stranded when they got answers wrong or didn’t understand instructions, and didn’t introduce new material when kids mastered the initial questions.

Callaghan looked at four main criteria when analyzing each app: clarity, feedback, game structure and motion. The ideal app would have clear enough instructions and goals for a young child to use; tell them when and why they got an answer wrong or right; build new skills as kids master lower levels; and help kids build their motor skills as they interact with the app.

Callaghan said one common shortfall was in “scaffolding,” where kids learn one skill, and then build on it to learn another, related skill, instead of retreading the same material.

“The overall finding was that preschool apps out there, they’re really good at providing clear, simple guidelines at the very beginning … they’re really good at celebrating or providing positive, encouraging feedback,” Callaghan said. “Unfortunately, the more scaffolded feedback, the more scaffolded rewards, were not commonly used among preschool apps.”

While most apps told children when they’d gotten an answer wrong, they rarely told them why. Only a third of the apps gave kids increasingly difficult questions, and a mere handful asked them to use any physical activities other than drag-and-drop.

Ideally, Callaghan said, kids learn best if an app tells them why they got an answer wrong and helps them find the right answer. As they rack up right answers, an app should reward them not just with trumpets and confetti animations, but by giving them access to more advanced questions. They should also take advantage of cell phones and tablets’ sensors, asking them to pinch at the screen, tilt the device, or speak.

“Unfortunately I did not find a perfect app,” she said. “It’s a pretty mixed bag.”

For Callaghan’s study, a team of undergraduate and graduate students, plus one professor, downloaded each of the 171 apps and rated them on a list of criteria. Few parents or teachers can commit that level of time and money to finding the right app.

Callaghan shied away from recommending specific apps because the digital marketplace evolves so quickly. However, she had positive things to say about a handful of app producers that seem to pay attention to pedagogical research. She highlighted Duck Duck Moose, owned by the Khan Academy; First 8 Studios, a project from the WGBH Education Foundation; Age of Learning, maker of ABCMouse; and PBS Kids.

Callaghan also recommended parents use resources like Common Sense Media when selecting quality education apps. The website reviews all kinds of media geared toward kids, including educational apps, and curates lists of apps they recommend for various age groups and topics.

Christine Elgersma, a senior editor for Common Sense Media, said that less than half of the apps for preschoolers they’ve rated over the last decade would be considered high-quality.

“In terms of the real cream of the crop,” she said, “it’s a small handful in comparison to the literally thousands of apps that are available to parents.”

To rate apps, the site relies on educators and former educators who look at a list of criteria, but also rely on their own experience to judge what would work for their students. Where there’s solid research on the outcomes of a particular learning app, Elgersma said the site takes them into account. However, she added that few companies invest in meaningful studies, and some of the research advertised by companies doesn’t hold up to scrutiny.

In addition to pedagogical criteria like “scaffolding” that Callaghan examined, Common Sense Media takes into account whether games are appropriate for small children. Elgersma said many lose points because they have too many ads, or require in-app purchases for kids to keep playing. But many are simply lacking as educational tools.

“Developers seem to sometimes think if kids are looking at the ABCs or looking at the numbers and tracing them ...that’s sort of enough to deem it educational. And while of course those things have some value, there are apps that do it so much better,” she said. “They just don’t cut the mustard in terms of 2020.”

Elgersma said that, for her to strongly recommend an app, it has to offer something that kids couldn’t do with just a pen and paper. For example, she pointed to Metamorphabet, an app in which animated letters transform to illustrate words that start with that letter. So, for instance, the letter P morphs into a pinwheel, or an O turns into an ostrich.

Metamorphabet, like many educational apps, isn’t free. But other apps recommended by Common Sense Media are, and their site allows users to filter by their price range and phone or tablet operating system. Among the free apps recommended by Elgersma are the Sesame Street app; a storytelling app called Toontastic; a tangram-like game called Relationshapes; and My WonderBooks, which narrates and animates classic children’s stories. All are available for both Apple and Android devices.

Ultimately, however, the most important part of learning with apps may not be about the apps themselves. Callaghan said the best way to use an educational app is with someone who can guide kids through questions, explain answers, and discuss what they’ve learned.

“I know, especially during this pandemic, that parents, caregivers and educators are all especially busy right now. But ideally, it'd be best for children to play these apps with an adult with them, particularly to help make up for whatever is lacking in these apps,” she said.

Plymouth State University Professor of Education Patricia Cantor is worried that parents and schools are focusing on apps at the expense of personal interactions and play that are critical to early development.

“In preschool, what we really really want to focus on with children as kind of the beginnings of learning to read are sounds, hearing language, building vocabulary through conversational exchanges with people through their experiences,” she said. “That’s even more important than drilling them in recognizing letters. So I’m concerned that if preschool age children are in front of a screen, they’re not getting the back-and-forth of a conversation. Their exposure to new vocabulary may be very limited.”

For example, Cantor said, preparing a meal with a child can expose them to specialized vocabulary, like words for cooking utensils, that are reinforced by their physical interactions with objects. Talking with their caregiver during the activity builds their communication abilities. Using their hands increases their motor skills, which will be critical for learning to write. Even if the entire exchange takes place in a different language, it increases a child’s understanding of the richness language can express, which will help them learn English later on.

If parents and caregivers aren’t available for one-on-one interactions, Cantor said the best option for remote learning is one-on-one video conversations with teachers. But given young children’s limited attention spans and the time demands on teachers, few educators can spend a whole school day conversing with a child on Zoom or FaceTime.

Some daycares can make up the gap in human interaction, but Cantor worries that low-income families don’t have access to child care centers with high staff-to-child ratios and trained educators.

“There are so many factors that influence [daycare] quality,” she said. “Chances are, if the parents don’t have money...you get what you pay for, unfortunately.”

Cantor suggested that districts educate parents about the benefits of simply interacting with their kids, even if, for example, the parents don’t speak English or can’t read. Schools can also help by giving parents ideas for in-person activities away from the computer screen, or even by sending them the recipe for playdough, an inexpensive toy that helps kids develop their hand mobility.

This story is sponsored by the Northeast Ohio Solutions Journalism Collaborative, composed of 20-plus Northeast Ohio news outlets including Eye on Ohio, which covers the whole state.

As local schools turn to educational apps for distance learning, parents and teachers struggle to find the ones that actually work