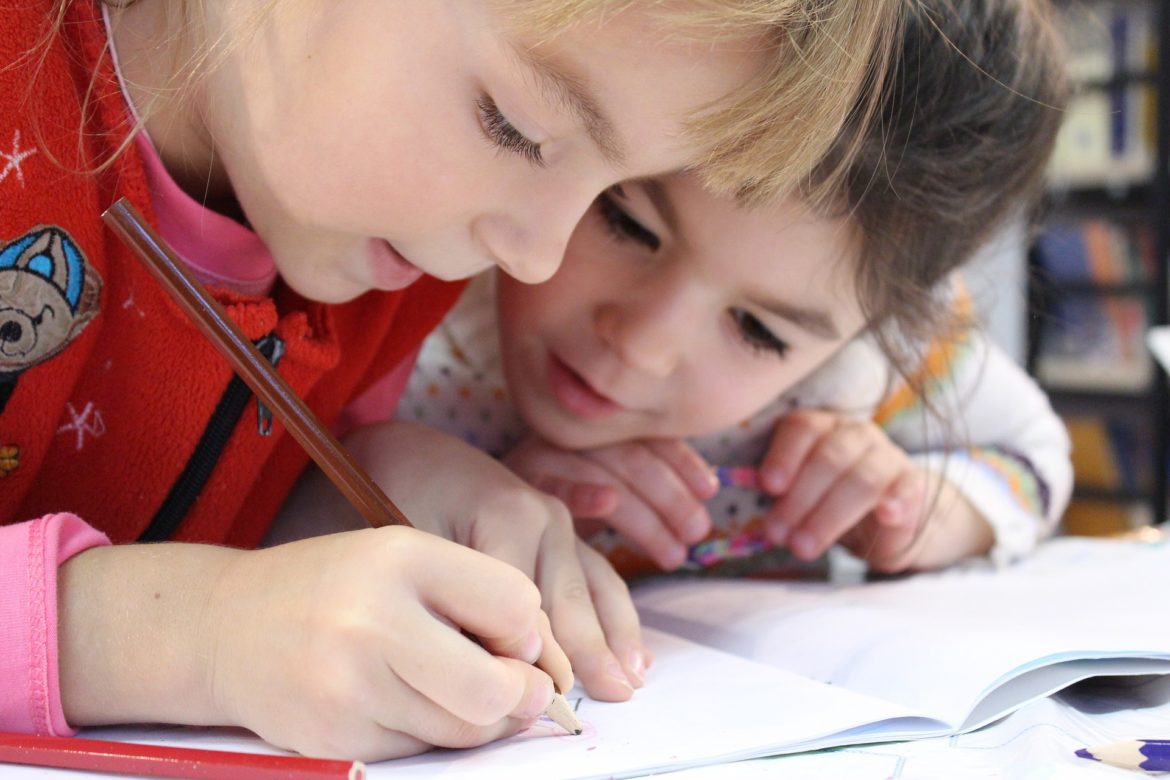 After her son couldn’t qualify for a local Head Start program because of the family’s annual income, Lynsi McKinney needed new options.

McKinney, a stay-at-home mom in Southeast Ohio, eventually connected with a private, Christian school for 4 and 5-year-olds. But the family felt squeezed by the hefty price tag.

“If money wasn’t an issue, we would continue sending him to a private Christian school,” McKinney said. “We fell in love with the educational opportunities and with the Christian background.”

By the end of the first year, she was impressed by the progress her son was making — he was able to recognize every letter in the alphabet and had basic counting and geography skills.

“[The teacher] also taught him a lot of Bible verses, which is important to us as Christians,” McKinney said. “We love the life skills that she installs in the kids, she’s great at working with them one-on-one and doing what works best for each individual child.”

McKinney isn’t alone in stressing over the preschool price tag.

According to a new report by National Academies of Sciences, Engineering and Medicine on financing early education, the cost of sending a child to a preschool that has ample, safe facilities, a developmentally appropriate curriculum and well-paid teachers checks in at about $13,655 per child per year for full-time, full-year preschool. That’s about $1,000 more than the national average per pupil spending in K-12, as calculated by the National Center for Education Statistics.

It’s also about 16 percent of an $88,000 annual income, more than double the 7 percent figure the U.S. Department of Health and Human Services deems “affordable.” Yet, with few exceptions, families earning $88,000 a year — right in the middle of the middle class — get no government help to cover the cost of educating their 4-year-olds.

“Only very wealthy people can afford current decent care and education [for young children],” said Richard Brandon, a political scientist recently retired from the University of Washington and a co-author of the report. “Very few can afford what we estimate is the cost of quality care.”

According to the National Institute for Early Education Research, pre-K funding in Ohio increased by more than $4 million in 2017, ultimately serving 11 percent of the state’s 4-year-olds and less than 1 percent of 3-year-olds — numbers that are well below the national averages of 33 and 5 percent, respectively.

As of April, the state spends nearly $64 million on preschool.

Ignoring the roughly half of America that is middle class — a group which includes households earning about $44,000 to $132,000 — won’t help improve the American education system, Brandon argues.

“The biggest problem in education is crushing mediocrity,” he said. “If you want kids to be doing well and you want to move the middle upward and not just move the low end to the mediocre middle, you’ve got to help everybody.”

In April, Ohio State Reps. Teresa Fedor (D-Toledo) and Thomas West (D-Canton) introduced a joint resolution that would amend the state constitution to establish universal preschool for all 4 and 5-year-olds in Ohio.

“Early investments in early education will return a lifetime of riches for our state,” West told reporters. “As we put more money into our children on the front-end, we will be saving millions on the back-end.”

If the resolution passes, the state would appropriate funds for preschool education as needed to establish and administer the program but without taking money away from any existing education, health and development programs that were already in place before the 2019-2020 school year.

Ohio’s shift toward universal preschool has already begun on the city level. In 2016, voters in Cincinnati and Dayton approved tax increases to expand income-based subsidies for early childhood education.

The City of Cincinnati increased its property taxes to churn out an additional $15 million to fully subsidize preschool for households at or below 200 percent of the federal poverty line. Families with incomes above that level are offered progressively smaller subsides.

In Dayton, the city increased income taxes by 0.25 percent for a total revenue of $4.3 million to provide “universal preschool” to the city’s 4-year-olds.

Several places around the country have also expanded subsidized preschool to middle-class families, though few have universal access.

In neighboring West Virginia, the state passed legislation in 2002 to expand access to preschool for every 4-year-old by the 2012-2013 school year. Today, universal preschool is offered in all of West Virginia’s counties.

The endeavor costs the state more than $98 million each year, and has enrolled more than 16,000 children in public pre-K programs — about 65 percent of the state’s 4-year-olds.

The District of Columbia, Florida, Vermont, Oklahoma and Wisconsin also offer universal preschool access, though not necessarily a guaranteed spot.

In 2014, New York City made preschool universal in its public schools, drawing large swaths of middle-income 4-year-olds. Seattle, Los Angeles, San Antonio and Boston are among a growing group of large cities adding preschool to their K-12 systems.

Overall, states have more than tripled their spending on preschool since 2002, according to the National Institute for Early Education Research.

Despite these efforts, just 1.37 million children went to public preschool during the 2017-18 school year, about a third of the number who attended public kindergarten, according to the National Center for Education Statistics.

Nationally, voters generally support additional assistance for preschool. Seventy-four percent of Republicans, 79 percent of independents and 97 percent of Democrats said there should be increased funding for child care that directly supports greater access to quality programs for low- and middle-income children, according to 2017 poll data commissioned by the First Five Years Fund, an advocacy organization for early education.

Fifty-seven percent of respondents told pollsters they would have a more favorable opinion of their member of Congress if he or she supported increased funding.

But not everyone agrees that limited subsidy dollars should be spent on the middle class.

“There really is an argument to be made for targeting the lowest-income kids” for government help, said Kris Perry, president of the lobbying arm of Save the Children, a London-based nonprofit. “The political will is really not terribly informed by evidence… It’s more informed by what’s politically possible.”

Even in the up-and-coming suburbs near the Ohio capital, affordable preschool options can be slim. Joanna Lassak, a mother of two, sent her daughters, now aged 8 and 4, to a private preschool in Dublin. Lassak said there were no public preschool options available in her area.

“Back then, they were the cheapest,” Lassak said. “And thankfully, (we) had an amazing experience there.”

Overall, she was pleased with the results. Her first daughter came home with “amazing” crafts, the teachers fostered her love of reading.

“She gained a lot from it when it comes to empathy,” Lassak said. “This year, I decided to put [my youngest] in the same program her sister did to get ready for kindergarten and gain friends she will be going into kindergarten with.”

This story about was produced by The Ohio Center for Investigative Journalism and  The Hechinger Report, both nonprofit, independent news organizations focused on Ohio and education respectively. Sign up for the Hechinger newsletter or the Eye on Ohio newsletter here.