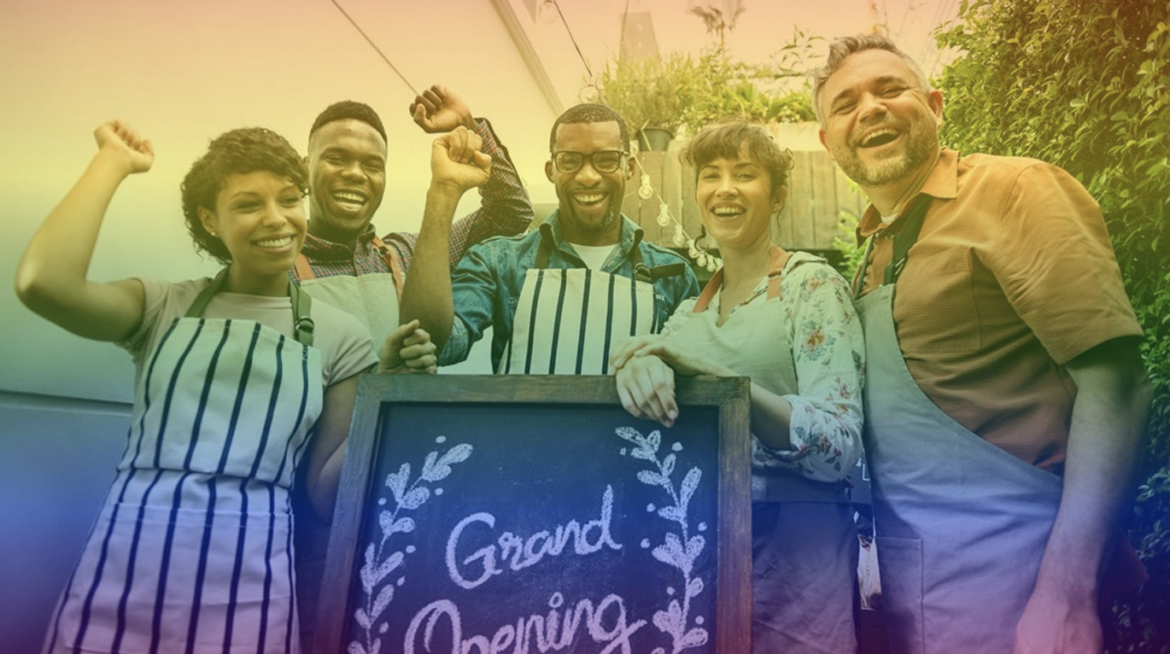 LGBTQ+ Business Enterprises are part of an intentional effort to create jobs, provide opportunities and build equity...if people sign up.

Since 2014, more than 25 public entities — such as Houston, Miami Beach and Nashville — have signed on to offer the National LGBT Chamber of Commerce (NGLCC)’s process to certify Lesbian, Gay, Bisexual and Transgender Business Enterprises (LGBTBEs), including Cleveland and recently Columbus. But despite great fanfare in announcing the new program, few businesses have actually signed up.

Cleveland was one of the first cities in the U.S. to offer LGBTBEs, opting into the NGLCC program in 2015. The advertised benefits include networking, an online business directory and training on how to secure government contracts.

But while the certification has been available for seven years, there currently aren’t any companies with LGBTBEs listed on the city’s online directory.

Kevin Schmotzer, the city of Cleveland’s executive of small business development and LGBTQ liaison, did not respond to any of our interview requests.

Plexus, the area’s LGBT chamber of commerce, also offers networking and training for business owners — and may provide an answer into why the city is lacking LGBTBE-certified business.

“Plexus has about 23 certified businesses in Northeast Ohio,” said Amanda Cole, executive director at Plexus. “If you’re a member of Plexus, it waives the certification fee at the national level. But I’m having a hard time getting businesses to register with the city because the city has its own process.”

Cole relayed that she’s been having discussions with Schmotzer about how the city and Plexus can work together and provide more streamlined opportunities for LGBTQ+ businesses.

At the end of June, the city of Columbus announced it would start an LGBTBE program. The city offers similar benefits to Cleveland such as training opportunities, access to business development specialists and an online business directory.

“What sets our directory apart from any others is that our directory has been enhanced to be customized to the business owner,” said Damita Brown, the Columbus’ chief diversity officer. “So not only do they get their standard name, address and telephone number, but the business owner has the opportunity to share other information about them that would prompt a person to want to engage and develop a relationship.”

With Columbus’ LGBTBE program in its infancy, Brown is still working on getting that first LGBTQ+ business to sign up for certification — but she’s confident having LGBTBEs will only bolster Ohio’s capital city.

“Everything that we do and who we are should reflect the communities that we serve,” she said. “And this, along with other things, is just another step that really pushes us in that direction.”

If all 1.4 million LGBTQ+-owned businesses in the United States are considered, their contribution to the economy would be about $1.7 trillion, according to the NGLCC. But the challenge that many cities and states face in implementing LGBTBEs is that it’s hard to get an accurate picture of how many businesses are considered LGBTQ+, they said.

“Since LGBT people are not tracked in the U.S. Census or most statewide data, finding these communities is next to impossible unless they want to be found,” said Jonathan Lovitz, a public policy and external affairs advisor at NGLCC.

A huge benefit of having this market research and data would be that cities and states could commit to a specific spend goal within the LGBTQ+ business community like they’re able to do with minority- and women-owned businesses.

“Right now, LGBTBEs increase visibility, which is extremely important,” Cole said. “But the next step for Cleveland – and then the next step also for Columbus – is to commit to a certain amount of ‘spend,’ meaning the city’s financial display of support. Nobody wants to set spend goals with a particular diverse group if they’re not able to meet it. Those spend goals mean accountability.”

In 2019, Columbus completed a disparity study assessing how many government contracts were awarded to minority- and women-owned businesses.

While Brown recognizes that makes it difficult to measure how well LGBTBEs are helping, she’s confident that the city’s inclusion mission is headed in the right direction.

“LGBTBEs do a couple of things,” she said. “It opens our horizon to so many more businesses out here that are ready, willing and able to do business with the city. They just need a shot. The certification shines a light on the fact that they are there and we recognize them.”

Another factor to consider is fear of discrimination and backlash directed at publicly recognized LGBTQ+ businesses. This can be especially true in Ohio where there are no statewide protections in the areas of employment, housing or public accommodations.

“Especially in locations where there is an absence of nondiscrimination policies or the intentional inclusion of businesses already in place, LGBT entrepreneurs will not disclose past discrimination in contracting because of fears of perfectly legal reprisals against them,” Lovitz said. “It is extremely important to note that including LGBTBEs and others will not detract or diminish the contracting opportunities for our friends already in the diverse business community.”

So for now, Cleveland and Columbus are left with an LGBTQ+ business certification program that lacks actual certified LGBTQ+ businesses. The hope is that the roster soon increases from zero to a far more heavily populated list.

“This certification is an important first step to increasing opportunities for LGBTQ+ business owners,” Cole said. “Now all we need is our cities and corporate partners to continue working to make sure this is the right kind of opportunity to help these businesses flourish. 🔥

This story is a part of the Northeast Ohio Solutions Journalism Collaborative’s Making Ends Meet project. NEO SoJo is composed of 16-plus Northeast Ohio news outlets including The Buckeye Flame and Eye on Ohio, which covers the whole state.

Kim Schneider is a freelance writer and editor. She previously worked at Cleveland Magazine, where she honed her love of storytelling. Her work has appeared in Food Network Magazine and Ohio Magazine.

Cleveland and Columbus offer an LGBTQ+ business certification process. So why aren’t any businesses actually certified?