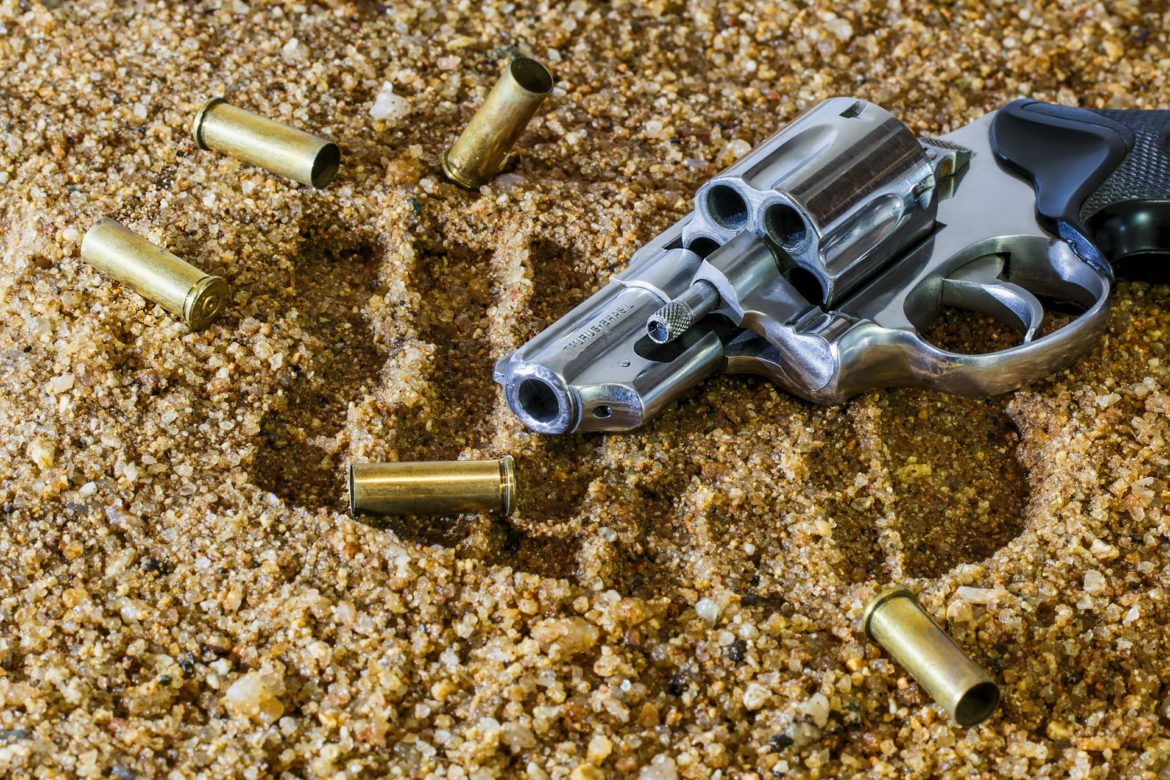 Licking Valley Schools Superintendent David Hile shuddered when he saw the Facebook image of the boy with a menacing stare and a gleaming assault rifle.

It was the same boy who, after threatening students, had been expelled from school for 80 days, the maximum time allowed under state law.

And now, two days before the boy’s anticipated return, Hile felt powerless to stop the boy he saw as a clear threat despite all the red flags.

Last week’s school shooting in Parkland, Florida, left 17 dead and questions about how a killer was able to fly under the radar with such a long history of intimidation. There were numerous citizens who called in warnings about Nikolas Cruz, he had had run-ins with police over incidents when his anger exploded, he had intimidated, bullied and threatened students at the school.

What can be done to help prevent potential threats in our schools?

When Hile saw the news about the shooting, it gave him a chilling flashback to that 2013 incident in his own school district, which is east of Columbus, and how powerless he felt to stop a boy he saw as a clear threat. He legally couldn’t suspend the boy again, so as a last-ditch effort he called the boy’s parents and asked them to keep him away. They thankfully did.

But Hile knew that wasn’t enough.

He wrote to every legislator asking for their help. Then-State Rep. Jay Hottinger, a Republican from Newark who now serves in the state Senate, authored a bill back then giving superintendents more power to deal with students they saw as potential threats and it passed the House. But the measure failed in the Senate and never became law.

One measure starting to gain bipartisan traction around the country has been a “red flag” law. In California, Washington, Oregon, Indiana and Connecticut, judges can temporarily take away the weapons of a person who hasn’t been charged with a crime, but has shown a pattern of troubling behavior.

None of the legislators contacted by the Ohio Center for Investigative Journalism had heard of the red flag laws, but they were interested and generally supportive of the idea on both sides of the aisle.

“I guess the short answer is I’m open to learning more about it,” said Rep. John Becker, a Republican from Union Township, who said the best way to stop a shooter was to shoot back.

Rep. Catherine Ingram, a Democrat from Cincinnati, said she favored a more balanced approach, and would support a similar measure if it had strong judicial review.

“I agree with the red flag laws if there’s something there. For instance the phone calls that happened with this particular [Parkland] case. They should have caught that,” she said.

But if a red flag order takes away someone’s guns, that might not matter if he can then go out and purchase more.

Ohio has few gun laws compared to other states, with 16 on the books compared with a national average of 27.

Dr. Sandro Galea, dean of the Boston University School of Public Health, co-authored “What Do We Know About the Association Between Firearm Legislation and Firearm-Related Injuries?” in a 2016 analysis of 130 studies in Epidemiologic Reviews.

The most effective measures the authors looked at were background check laws, which consistently lowered the homicide rate. Laws with a varied approach to gun safety tended to be more effective as well.

“Comprehensive laws are indeed better, several studies show that the more laws in place, the more the effect,” Galeo said.

On one side of the gun debate in America, advocates have lobbied for a total ban on private gun ownership, citing lower rates of gun violence in countries with similar policies. But in a nation that hasn’t passed an amendment in 26 years, and lately has had issues even passing a federal budget, that scenario seems distant.

On the other side, school districts such as Sidney City Schools, north of Dayton, have bought cameras, vests, radios and ammunition. The school has 22 biometric safes around the campus and seven safety officers who double as aides during the day. Superintendent John Scheu said some students relocated to the school specifically for their safety measures, but the move was controversial to say the least: the police chief did not approve, and the teachers union filed two complaints with the State Employment Relations Board.

The program also came at a high cost: The school paid $36,528 for the initial equipment and $183,814 last year alone for officers.

Amy Klinger, co-founder of the Educator’s School Safety Network, a national school-safety nonprofit based in Ohio, is not convinced that weapons are the answer.

Klinger worked in education for 28 years, and for the past 10 has trained schools on ways to deal with trouble. She said the pioneers in school safety have been states such as Virginia and Colorado, where many schools are now trying to evaluate potential troubled students so that they can recommend help before they go over the edge.

“I’m saying there’s a lot of things we can do ... that are proven to work, before we talk about putting more guns into a school,” she said.

The Ohio Center for Investigative Journalism contacted 672 school superintendents and 39 responded. No district had filed a restraining order against anyone, but 10 said they had banned several people from the school, mostly parents for bad behavior, and would call the police for trespassing if the offenders returned. Nearly all had implemented extra security measures after the Sandy Hook murders.

Most complimented the effectiveness of their school resource officers, and they said  police were ready to help if a criminal called in a threat of violence. For mentally unstable shooters, educators expressed doubts that the programs were enough.

“Fixing these issues is going to take funding and the proper (mental health) professionals overseeing the care. Educators are not mental health providers,” said Mike Hebenthal, superintendent of the Centerburg Local School District, northeast of Columbus. “We have the locked doors and the buzzer system to buzz people in, but what do we ask them to be sure they are safe? We look and they look normal and in reality they may have a weapon and will cause harm. Even with the door locked the school has a bunch of windows and the doors are glass so I doubt someone meaning harm is going to buzz in.”

Five added in they were concerned about how to pay for it all.

“I believe that schools would love to do more, for example, having full-time resource officers, but funding is at such a low level and only getting more difficult, not less so.  The question literally becomes, ‘hire a teacher or hire a law enforcement officer?’” said David Harmon, superintendent of the Benjamin Logan Local Schools, northwest of Columbus.

Hile, the Licking Valley superintendent, doesn’t know where the troubled student is now. The boy was enrolled in another school, where he was again expelled.

Hile said he believes the best deterrent is to build relationships with the kids.

“And if we have kids who trust us, who come to tell us these things, then we can prevent these things.”

Ohio Schools Start Thinking out of the Box to Stem School Shootings: Expanded Teacher Training Versus the 22 Safes With Loaded Guns