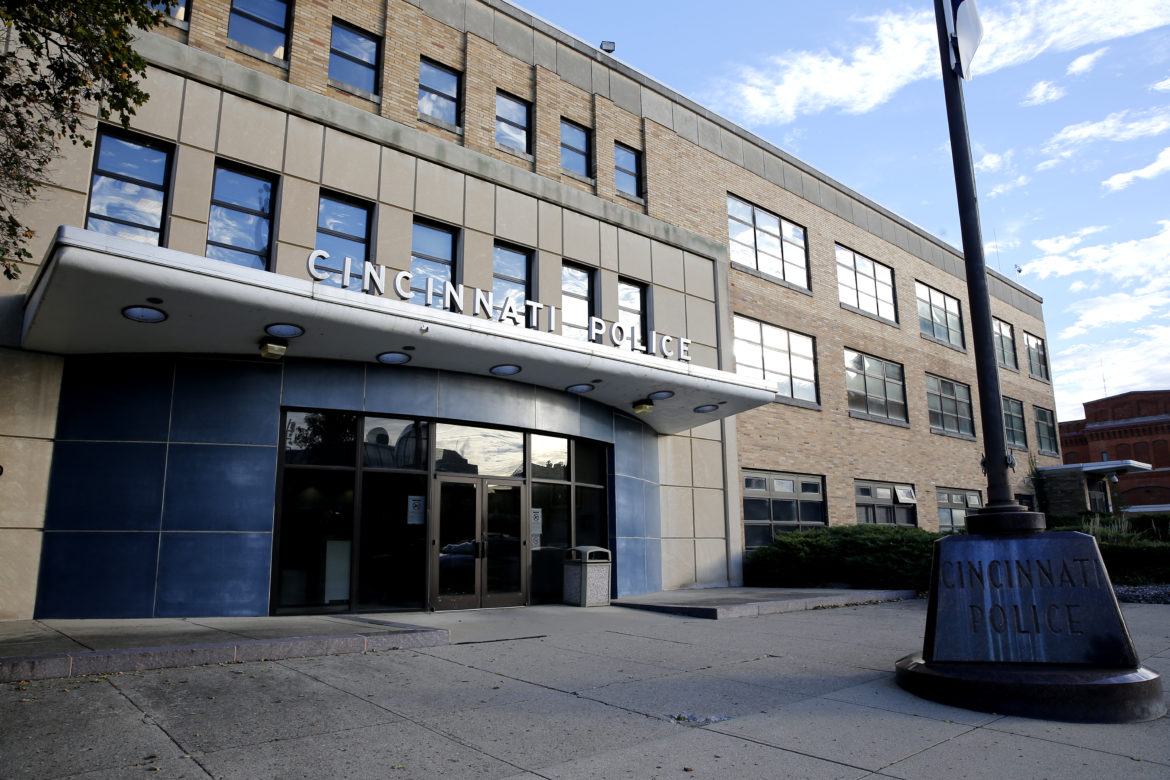 Reporters from the nonprofit newsroom Eye on Ohio, The Cincinnati Enquirer and researchers from Stanford University’s Big Local News program examined police stops to assess how the three largest communities in Ohio use public safety resources and to identify possible bias in policing.

Cincinnati, like all cities, has an imperfect policing record.

The landmark Collaborative Agreement aimed to improve police-community relations in the city amid rising tensions between police and black citizens. It has been touted as a national model of collaboration among police, city agencies and the community.

But a months-long traffic stop analysis has raised new questions about the ongoing effectiveness of the agreement, finding a racial disparity in traffic stops made by Cincinnati police officers. The findings, along with similar ones in Cleveland and Columbus, are being published alongside new information detailing delays and understaffing at the independent agency charged with investigating accusations of police bias.

Certain police actions, such as pulling over a driver or issuing a ticket, are more likely to occur in predominantly black neighborhoods in Ohio’s three largest cities than in white ones.

The city of Cincinnati and its police department settled claims of racially-biased policing in 2002 through the collaborative.

But an independent review team criticized the city’s fidelity to the agreement. The review, which consisted of published reports in 2017 and 2018, occurred after the city announced a renewed pledge to the agreement.

The independent review found strong evidence that the “City of Cincinnati has abandoned the principles of the Collaborative Agreement,” according to a January 2018 report.

In the original collaborative, the city agreed to an effort to “measure whether any racial disparity is present in motor vehicle stops by the CPD.” An independent civilian review agency was established and named the Citizen Complaint Authority. And later, a Manager’s Advisory Group, also known as the MAG, was created to provide oversight.

The agreement was court-enforced through 2008.

That same year, a Collaborative Agreement Plan was filed in federal court. Though not a court order, it remains a guiding document for the city and other parties involved in the original agreement, and it requires the city and parties to develop a mechanism for assessing “if there is a bias in pedestrian and traffic stops.”

The original agreement resolved a class action suit brought by all blacks who lived, worked and traveled in Cincinnati, as well as some whites, said Al Gerhardstein, a Cincinnati civil rights lawyer who helped write the Collaborative Agreement. The suit accused city police officers of discrimination.

The agreement came about a year after an unarmed black teenager, Timothy Thomas, was fatally shot by a Cincinnati officer, sparking unrest in the city.

Nearly two decades later, experts who helped craft the agreement are critical of the city’s commitment to it.

The Citizen Complaint Authority, which investigates accusations of bias against police, is facing multiple obstacles, according to experts.

Margaret Fox, a MAG member and the executive director of the Metropolitan Area Religious Coalition of Cincinnati, pointed to a shortage of investigators at the agency, which until recently had just two. The city’s own administrative code requires a minimum of five investigators.

A third investigator was recently hired.

“The city needs to make this a priority,” Fox said of returning to a full roster of investigators.

What’s more, the city code requires complaints to the agency be resolved in 90 days or less, but roughly four in five of the agency’s 100 active cases haven’t met that deadline, according to Authority Director Kim Neal.

“We’re trying to do the best we can with what we have,” Neal said.

Certain funding struggles at the agency were revealed in previous reporting by The Enquirer.

Casey Weldon, a city spokesman, said in a statement that the investigation staff was reduced several years ago due to budgetary constraints.

“While CCA staff face challenges with their workload and responsibilities, they do their best to prioritize work and get cases presented in as expedient manner as possible,” Weldon wrote.

But findings against cops can be rare in certain types of cases.

Cops were exonerated in more than 90% of stop complaints.

More than two-thirds of all discrimination complaints were found to be not sustained, meaning the agency acknowledged it could not determine the validity of the charge. About 28% were deemed unfounded.

Four in five of the complaints were filed by black people, and more than half by black men.

Neal encouraged citizens lodging complaints to follow the investigative process, which includes an interview with the agency.

A “not sustained” ruling is not an exoneration, she added, but a message to citizens that the agency couldn’t prove an allegation one way or the other.

Is the problem solved?

An emphasis on problem solving was a key tenet of the Collaborative Agreement. The strategy calls on police to avoid strictly punitive measures and to instead work alongside other city agencies and community groups to address and right underlying “troublesome circumstances” that may result in lawbreaking, the agreement said.

In early 2017, Mayor John Cranley and others announced an effort to “refresh” the agreement, which preceded the independent review.

Cranley helped to establish the Citizen Complaint Authority as a councilmember, he said in a statement.

“As Mayor, I remain committed to its continued progress,” Cranley said. “CCA plays a vital role in protecting civil rights and offering due process. Despite limited resources, we strive to staff CCA to the fullest complement possible.”

The independent review was conducted, finding various problems within the Cincinnati Police Department, including that a police report was “silent” on what type of officer conduct would lead to a determination of bias. The report also found an absence of evidence that bias was even a consideration in officer performance reviews.

“Higher levels” of the police department demonstrated a lack of attention toward problem solving efforts, a key goal of the agreement; a lack of awareness about the importance of data; and an “uncertain commitment to transparency and … review,” the report stated.

And fewer projects have been initiated under Cincinnati Police Chief Elliot Isaac than under his predecessor, Jeffrey Blackwell, according to the city data and the independent review. Seventy projects were initiated, on average, in 2014 and 2015, when Blackwell was chief.

Less than half have been initiated under Isaac per year, according to the review and the city’s incomplete data.

Weldon, the city spokesman, wrote the current employee tracking system is no longer supported by the original software developer and cannot be “updated/enhanced due to technical limitations.” The system is meant to track high-performing officers and those who may need more training or “corrective action.”

He added the city is actively transitioning to a new and improved system.

Weldon also highlighted other city work this year toward bias-free policing, such as implementing an implicit bias training program that will be completed by April and partnering with the University of Cincinnati’s Institute of Crime Science for help evaluating traffic stops, arrests and use of force incidents.

But the city has failed to implement recommendations identified in the independent review, according to Gerhardstein, the civil rights lawyer, and Iris Roley, a member of the MAG who also worked to establish the Collaborative Agreement.

“I don’t know if it’s a high priority,” Roley said.