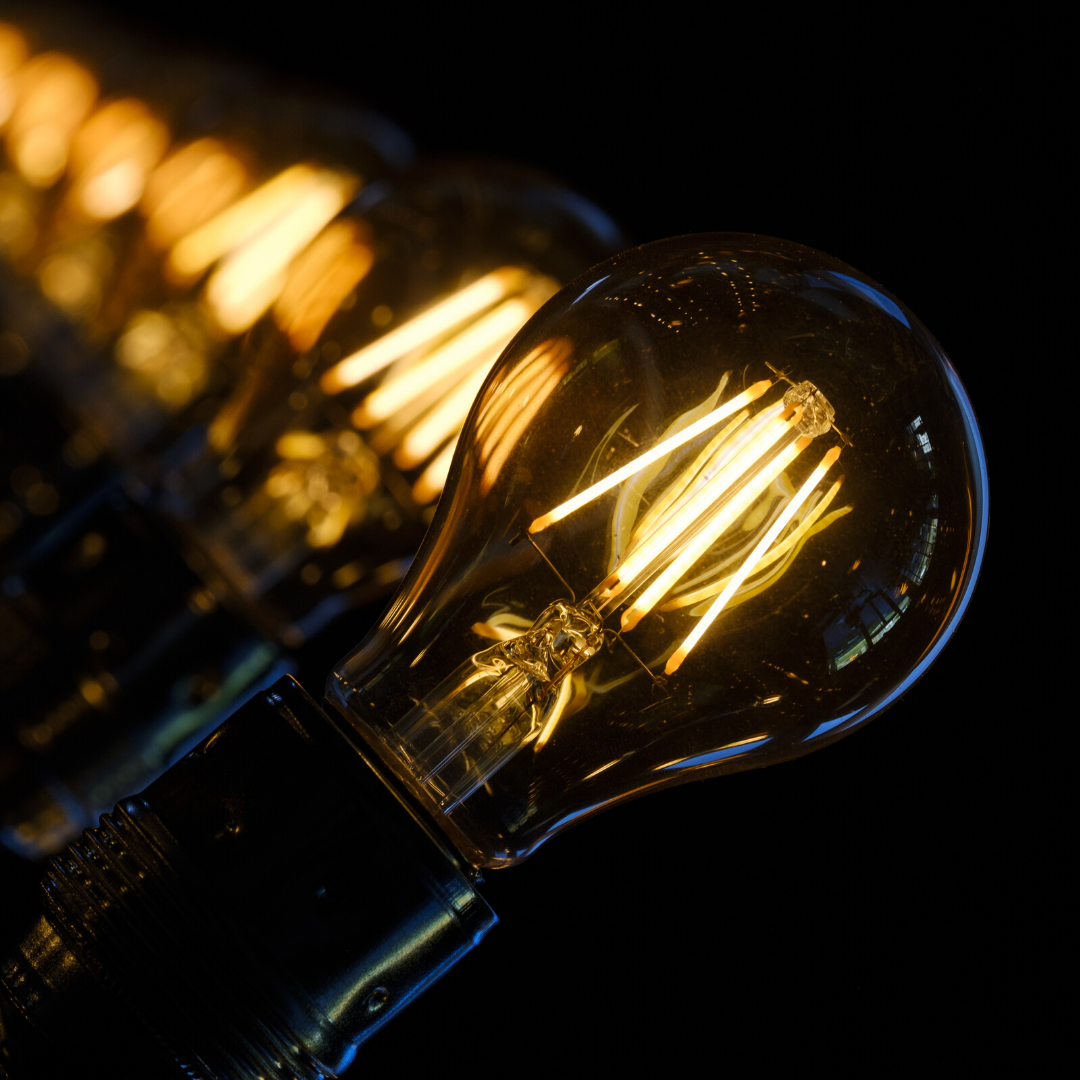 A FirstEnergy subsidiary is seeking permission from Ohio regulators to advise customers on which electricity suppliers they should choose.

The company’s application to operate as an energy broker and aggregator is an apparent reversal for FirstEnergy, which spent years legally separating from its non-regulated electricity businesses, including its former generation subsidiary.

Critics say the move raises potential conflict of interest questions. It also comes as state lawmakers consider a bill that would broaden the range of services that regulated utilities could offer customers.

FirstEnergy owns three regulated utilities in Ohio: Ohio Edison, Toledo Edison and the Cleveland Electric Illuminating Company. They have a monopoly on providing electricity distribution services in their respective territories, and the Public Utilities Commission of Ohio regulates their rates. Under a 1999 law, electricity generation is supposed to be a competitive market. Over the following years, utilities transferred their power plants to separate affiliates. Different companies compete with each other to supply electricity, and the law lets customers choose their supplier.

Customers can also obtain electricity through brokers or aggregators. They act as intermediaries, basically doing the shopping for the customer and either choosing or recommending a supplier. Community aggregators such as NOPEC work with large groups of customers from different municipalities, following a vote by the community to allow aggregation. Brokers tend to be for-profit companies, which individual customers choose and which can provide various services besides shopping for electricity supply.

Suvon, LLC applied to the PUCO to engage in energy brokering and aggregation under the name of FirstEnergy Advisors on Jan. 17.

“As the name FirstEnergy Advisors indicates, the company would work with customers to understand their energy needs, assess market trends, issues and risks, and discuss applicable products and services,” said FirstEnergy spokesperson Mark Durbin. “They would also provide energy brokering services to customers — obtaining bids from various electric suppliers, evaluating the pricing, product offers, and terms and conditions, and selecting the option that would best suit the customer’s individual needs.”

“There will be no connection between Energy Harbor [the planned new name for FirstEnergy Solutions] and FirstEnergy Advisors,” Durbin said. Energy Harbor might be one of the suppliers the energy broker business works with and might recommend, he said. But “if Energy Harbor wishes to pursue customers directly, then we would compete with them.” That company is supposed to be independent of FirstEnergy once it emerges from bankruptcy.

The subsidiary would not own any facilities for electricity generation. However, the filing seems to depart from President and CEO Chuck Jones’ statement in a 2018 earnings call that once the FirstEnergy Solutions bankruptcy wraps up, FirstEnergy will do “business going forward as a fully regulated utility.”

Asked how the PUCO filing fits with that approach, Durbin said, “FirstEnergy Advisors allows the company to leverage regulatory and energy market expertise and well-established supplier relationships, which can provide real value to those customers who aren’t experienced in making electric supply decisions.”

Under current law, the Suvon/FirstEnergy Advisors business would be required to compete on equal footing with other companies offering similar services. But critics are raising questions.

“We do not believe that it is appropriate to utilize the distribution utility name,” said Joe Oliker, associate general counsel for IGS Energy. “It may cause customer confusion and infer that FirstEnergy Advisors is really the regulated distribution utility.”

Bills from the company’s utilities show that each is a “FirstEnergy company.” A similar concern was raised in a 2018 corporate separation audit of FirstEnergy. That report recommended that FirstEnergy Solutions do business under another name to avoid such confusion.

“Our position would be that under current law, this represents a breach of the required separation between a regulated utility and its affiliates,” said Chuck Keiper, executive director of NOPEC, the state’s largest community aggregator.

Such concerns may not matter if Ohio lawmakers pass House Bill 247. Among other things, the bill would allow certain ratepayer-subsidized affiliate dealings.

Sponsor Rep. Dick Stein, R-Norwalk, pitched HB 247 as a way to let electric utilities “compete on a level playing field for customer-focused services and products.” Stein’s sponsor testimony said consumer safeguards would require that services be voluntary, and that there would be a prohibition against giving a preference to subsidiaries.

However, another part of the bill says those requirements need not apply if the PUCO approved services or products as part of a utility’s Electric Security Plan. Other language in the bill would expressly let utilities deal with affiliates for various services.

In Suvon/FirstEnergy Advisors’ case, “it would look as though they’re getting ready to operate under the rules of HB 247, which has not passed,” Keiper said.

FirstEnergy, American Electric Power, Duke Energy and Dayton Power & Light have all come out in favor of HB 247.

Because of the 1999 law calling for competition in the retail generation market, utilities “are now focused only on the distribution of electricity to their customers,” said Eileen Mikkelson, the vice president who heads up rates and regulatory affairs for the company’s utilities, when she testified last fall. “As a result, electric utilities … only control a portion of the customer’s total electric bill.”

Read more: How affiliate arrangements, subsidies and riders led to higher electric bills in Ohio — even as power prices declined

The bill also includes equipment maintenance and repair, warranties, energy efficiency services and other things that are currently provided in the competitive market, she said. The bill would also let utilities charge for a range of “smart grid” services without having to show benefits for ratepayers. Terms in the bill could also give preference to utilities providing energy storage.

“There has been no demonstration that energy storage should be owned by utilities instead of being a competitive service,” said attorney Rob Kelter of the Environmental Law & Policy Center in his testimony in October.

Utilities could also charge ratepayers for infrastructure under the guise of economic development, without regard to whether it would be “used and useful.” “This provision essentially allows utilities to spend unlimited amounts of money on risky projects with little or no oversight, and no recourse,” Kelter said.

“The sky is the limit as to what could happen with another subsidiary and how they could bounce things around between subsidiaries,” said Noah Dormady, an expert in energy markets and policy at Ohio State University. That opens up the possibility for more cross-subsidies from utility ratepayers for unregulated affiliates. There could also be opportunities to recoup a rate of return on some affiliate investments, he noted.

FirstEnergy’s utilities might well offer those competitive products and services themselves, rather than through a separate affiliate, Oliker noted. In any case, “HB 247 would eliminate current corporate separation protections and permit utilities to subsidize competitive services that the market is already delivering,” he said. And utility affiliates already compete in many of those markets, he added. “HB 247 would knock down core pillars that ensure a functional market for energy services within this state.”

Utilities “want to be able to participate in all these markets, but they don’t want to do it in a fair manner,” Ringenbach said. “Having these affiliates that have to be on the same playing field as us and sometimes win and sometimes lose makes it uncomfortable for a monopoly that’s not used to ever losing.”

The PUCO will need to rule on Suvon/FirstEnergy Advisors’ application after hearing any challenges if other parties intervene. That timetable is uncertain right now.

Meanwhile, the Public Utilities Committee in the Ohio House of Representatives has held three hearings so far on HB 247. It’s unclear how soon the committee could report the bill out for a full vote. Other opponents include the Ohio Environmental Council, the Office of the Ohio Consumers’ Counsel, the Ohio Manufacturers Association, Industrial Energy Users-Ohio and other companies and organizations.

This story originally appeared in the Energy News Network and is shared as part of the Amplify Project at the Institute for Nonprofit News.