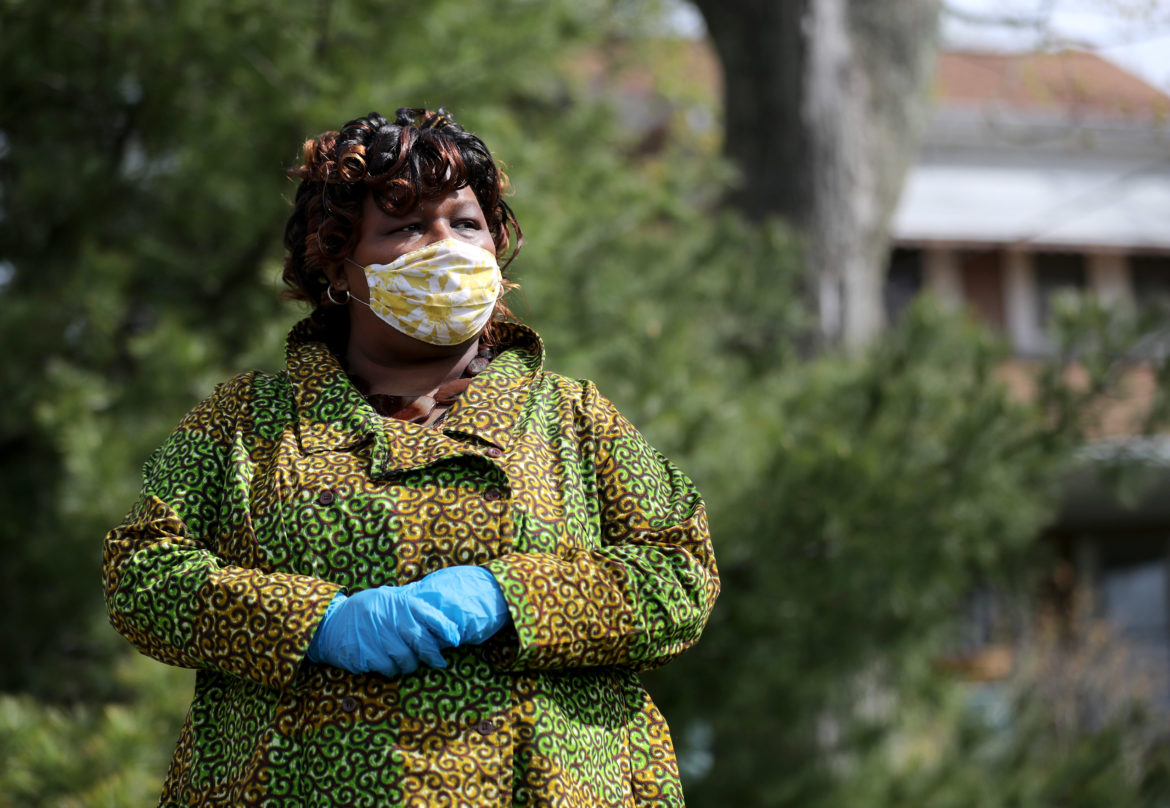 Minority Groups with Higher Case and Death Rates Deemed a Priority, Then Not

After changing the guidelines to test ethnic minority groups disproportionately affected by COVID-19, the CDC reversed course again Wednesday, saying that African Americans exposed to the virus could not get tested without symptoms.

On May 6, however, all mention of race and ethnicity disappeared. The agency once again advised prioritizing persons with symptoms, especially if they were hospitalized, or were healthcare workers. Asymptomatic persons could be tested if  local health departments deemed it necessary for surveillance or monitoring, the CDC said.

Nationally, CDC statistics reveal Blacks comprise 28 percent of the nation’s 1.5 million COVID cases and 21 percent of fatalities — more than double their percentage of the nation’s population. It’s a change that the National Medical Association, the nation’s oldest organization advocating for African American physicians and patients, has been advocating for since April 15. The organization, along with The Rainbow Coalition, released a public letter demanding  “high-risk groups including persons who are African American, Latinx, American Indian/Alaskan Native should be assigned a high priority risk score to enable testing.”

After numerous calls starting at 10 a.m. Wednesday, CDC officials said they would check into the change and issue a statement soon.

Dr. Leon McDougle, is a professor of family medicine at the Ohio State University, and the president-elect of the NMA, the nation’s oldest professional and advocacy organization for African American physicians. His group was among those lobbying for considering race and ethnicity when screening for COVID19 tests.  In an email, he said he was “disappointed with the reversal.”

“Rescinding of this update retains yet another barrier to diagnostic testing with the nasal swab for racial and ethnic groups who may be less likely to move beyond the screening questions for testing and have been disproportionately impacted by untimely deaths related to COVID-19. The reasoning behind this policy reversal must be explained to the public,” he wrote.

The state’s latest guidelines consider race and ethnicity if the patient has symptoms as well as underlying conditions that make the virus more severe.

As disease has spread across the nation, African Americans have become a significant percentage of fatalities. And the state’s guidelines require a physician’s statement for testing - a qualification many African Americans don’t have, doctors say.

By May 6, for example, the Ohio Department of Health reported 20,072 confirmed cases and 1,097 confirmed deaths. Blacks comprised 26 percent of those cases, although they are only about 13 percent of the state’s population.

The trends were evident, even though Ohio lagged when it came to testing for the novel coronavirus.

The percentages come from dividing state testing figures compiled by the COVID19 Tracking Project, by state population estimates from the U.S. Census Bureau.

Blacks may be more susceptible to COVID because of health conditions that make the virus more deadly, such as high blood pressure and diabetes, which are prevalent among African Americans. The American Heart Association says 40 percent of non-Hispanic Blacks have high blood pressure, the highest rate in the world.

Additionally, employment puts African Americans at risk for COVID19. According to census data, 25 percent of African Americans work in service sector jobs, compared to 18 percent of all Americans. These types of jobs don’t offer the opportunity to work at home and thus sequester during the lockdowns

“These frontline workers, these essential workers are often low-income workers of color,” said Terry Allan, the Cuyahoga County Health Commissioner. “They’re working in fast food restaurants, they’re working in long-term care facilities. They’re working in hospitals, often in support roles. They’re out there interacting with people more than people who are home, in terms of shelter in place.”

Societal and occupational factors hampered Blacks from getting tested during the first weeks of the pandemic, when CDC guidelines dictated who to test and scarcity of kits determined testing sites.

“One of the biggest things right now is the stratification of who’s at risk: the risk being certain symptoms or certain employment exposures, and that doesn’t get people tested as broadly as testing needs to be done,”  Dr. Alonzo Patterson said in April.

What does it take to get tested?

In late March, CDC created three priorities for tests. The highest priority went to hospitalized patients and healthcare workers. Next on the list were elderly, residents of long-term care facilities, patients with underlying conditions that make them more susceptible to the novel coronavirus and first responders. All four had to be symptomatic to be tested for the disease.

If resources allowed, the CDC recommended testing “individuals in the surrounding community of rapidly increasing hospital cases to decrease community spread, and ensure health of essential workers.” That third level included critical infrastructure workers with symptoms; folks with mild symptoms who live in a coronavirus hotspot; healthcare workers and  first responders; and anyone else with symptoms.

But folks who didn’t show any signs of the disease— - fever, cough and shortness of breath—  - were classified as “non-priority.” The Ohio Health Department has a similar rubric.

Then, as now, CDC urges physicians to “use their judgment to determine if a patient has signs and symptoms compatible with COVID-19 and whether the patient should be tested.”

Patterson is a pediatrician who practices in Dayton. He said he has tests in his office. But the question was allocation of resources, and adhering to the guidelines.

“It’s not really a barrier for me to do the tests. The question is, do the guidelines warrant doing the tests on just everybody, or anybody with mild symptoms. Right now, it’s not recommending that,” he said.

He had tested five patients, all of whom were negative. They  had “minor symptoms,” but lived with folks who were at high-risk for getting the disease.

“Three siblings lived with elderly grandparents, one lived with an immunocompromised parent and the other patient was immunocompromised himself,” he wrote in an email. “I’m still deciding if I will test all patients just based on race/ethnicity with the tests for active infection (nasal swabs) versus waiting on reliable antibody testing (blood test) as a better way to determine who was infected during this pandemic.

Dr. Nancy Mathieu is a Haitian-American physician who practices family medicine in Mansfield. She had similar experiences with her patients.

“(To be tested) You have to say,  ‘I’m short of breath, I have a cough, I have a fever.’ If someone has anything related to that, they will be tested. Contact is not enough because we are limited (in tests),” she said in April before release of the latest CDC guidelines.

Scarcity of tests was the reason the Cuyahoga County Health Department focussed on “congregate facilities” - nursing homes, hospice, residential care facilities. But finding enough tests for residents in those locations was difficult. Romona Brazile, acting co-director of prevention and wellness for the Cuyahoga County Department of Health, said her agency scrambled  and often came up empty-handed.

“We got a notification that some testing kits were available. We immediately tried to order them. We got a confirmation number and (they) were supposed to come the next day. The next day comes (sic) and the order was canceled. No more supplies were available and costs at other places had skyrocketed, like times four,” she said.

Getting past the screeners doesn’t automatically guarantee a test, however.

After telephone screening, suspected patients are directed to their personal care physician or PCP for a prescription. Having a personal physician is a requirement for University Hospitals in Cleveland, even as it increases the number of places where folks can get tested. In a statement, the hospital said it is expanding testing sites to locations, “ near an existing UH facility, or accessible from a major highway or accessible via public transportation. .... All patients will need to have a healthcare provider’s order for testing before they arrive at any location.

But a Kaiser Family Foundation analysis of 2018 census data found 25 percent of Black Ohioans lack a personal doctor, and 10 percent of nonelderly African Americans are uninsured.

“The larger hospitals are doing the testing, and that’s usually through having a primary care physician to write the order for that test,” Mathieu said. “(Patients who)  don’t have PCP, they can’t get a test.” Mathieu said, adding emergency rooms will take walk-in patients if their symptoms are severe enough.

If a patient is positive with mild symptoms or suspected of being positive, they’re usually advised to undergo self-quarantine for 14 days. The treatment is onerous. The CDC says the patient should stay home and limit contact with others. Those who are sick should isolate themselves in a specific room and “using a different bathroom (if possible).”

But Dr. Mathieu notes the prescription can be difficult, especially for folks who don't have a doctor’s note.

“We prefer someone who is self-quarantined should not be going to the store, not going to work, basically staying home. But you don’t have a doctor’s order.”

And for people living with others in tight circumstances, self-quarantining “is not possible, honestly,” Mathieu said.

“If you’re lucky enough to have three or four baths in your home, and you’re sick, you stay in that bath...you could self-quarantine easily.  It is hard to really self-quarantine and that’s why this can go through an entire household and affect everyone.”

What are the state’s plans for further testing and how do African Americans fit in?

The most recent CDC guidelines demonstrate a change in focus when it comes to COVID. Healthcare experts say  determining the percentage of non-symptomatic carriers is critical to controlling the virus. That’s one reason Ohio plans on conducting random testing of roughly 100 citizens, according to several published reports. The Ohio Department of Health didn’t respond to numerous requests for comment on the testing.

The methodology would divide the state into 30 clusters, and randomly sample residents from each of them. The results would be used to formulate additional policies, said Dr. Greg Rempala, who is a professor in the college of public health at Ohio State University, as well as a member of the state’s COVID19 response team.

“There’s this theory that there’s lots of people who have no symptoms and they are infecting others,” he said. “Part of the effort here, is to make sure we understand whether this is true or not.”

The state hasn’t released when the testing will begin, how regions will be decided, nor the demographics of the random samples.

In Cincinnati, a coalition of 20 African-American organizations has organized to get information to their constituents. They’ve created a website, covid19communityresources.com that’s a one-stop shop for information about the disease.  And CoHear, a community engagement organization, has issued a report urging a next step: making testing and masks convenient and accessible for  African American neighborhoods.

“Healthcare providers and leaders must work in collaboration with trusted and reliable institutions like schools, churches, and community organizations to host testing sites and disseminate masks,” the report said.