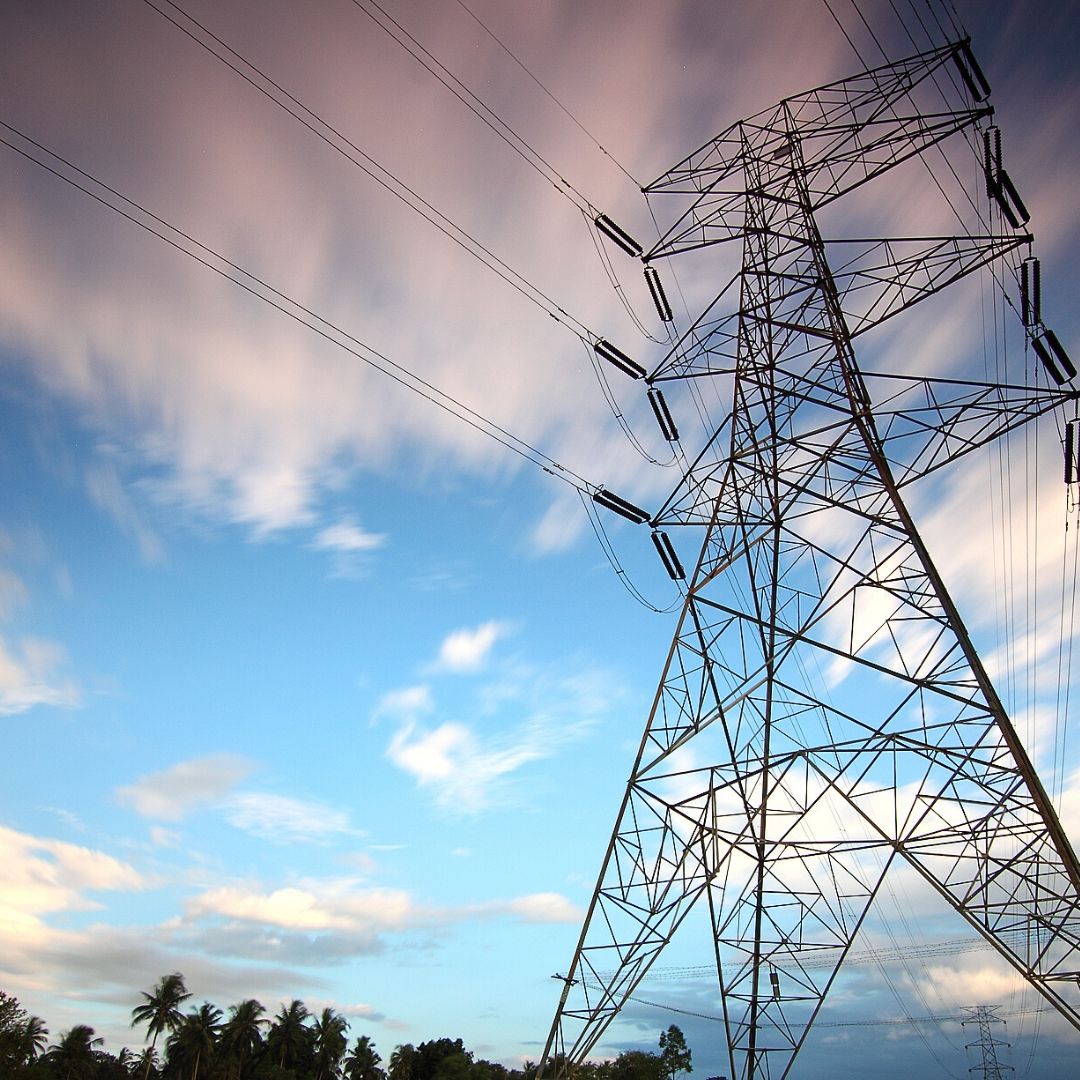 Emails obtained by a utility watchdog group reveal push by Dominion Energy and allies against a local resolution.

Dominion Energy’s opposition to an Ohio village’s clean energy proposal appears to be part of a larger trend nationwide in which gas utilities are becoming more active at the local government level.

Unlike other cases involving bans on new gas hook-ups, however, Bratenahl’s proposed resolution stated a general goal of achieving 100% clean energy, with no specific plan or enforcement provisions.

The resolution would have set a goal of fully transitioning to clean energy for village-owned facilities by 2025 and for the general community of about 1,200 people by 2035.

The proposal surfaced in November in the wake of state lawmakers gutting the state’s renewable energy standards last year.

“In response, you have local communities stepping up to make commitments to 100% clean energy,” said Dave Anderson, policy and communications manager for the Energy and Policy Institute.

Cleveland and Cincinnati had already committed in 2018 to move to 100% renewable energy for electricity. And last fall the suburban city of Lakewood adopted a more general goal of 100% clean energy, similar to Bratenahl’s proposal.

The 2025 goal for Bratenahl was “probably unreasonable,” Keith Benjamin told his fellow village council members at their Nov. 20 meeting. “But I think that it’s important to at least have this conversation and the [legislative] committee agreed.”

“Good news in Ohio,” wrote Paul Briggs, Dominion Energy’s director of Midwest state and local government affairs in a Feb. 24 email, giving an update on the resolution. “It may come up again but for now [it’s] dead.”

The email, obtained by the Energy and Policy Institute, went to more than 80 recipients, including dozens in the natural gas industry, along with representatives at FirstEnergy, several large industry groups and others. An earlier email from Briggs that month noted the American Gas Association was “continuing efforts to form a national coalition to combat bans and are urging states to do the same.”

Yet another email from Briggs that month urged its recipients to call or write council members in Bratenahl and South Euclid, where a similar resolution was under discussion. Names and contact information for council members were provided.

Opposition on the record

Hours before the resolution’s first formal reading on Dec. 30, Dominion Energy’s external affairs manager, Kyle Miller, emailed Bratenahl Mayor John Licastro. “I, on behalf of Dominion Energy, have concerns about this language,” he wrote. He did not spell out those concerns.

“We do support clean energy,” spokesperson Neil Durbin at Dominion Energy told the Energy News Network. “However, we do not support those resolutions … that limit customer choice.”

As written, the proposed resolution lacks any enforcement provisions or prohibitions that would make it a legal ban or mandate. Nonetheless, Dominion Energy opposed it. “The legislation does not mention natural gas as one of those forms of clean energy that the municipality might be committing itself to permitting in the future,” Durbin said.

The Operating Engineers Union, Local 18 in Cleveland also weighed in on the record, with a Feb. 12 email calling it a “Resolution to Ban Fossil Fuels.”  The union’s representative was among the recipients of at least two of Briggs’ February emails, which suggests the two groups were at least aware of each other’s positions. The union’s political education arm also gave $355,000 in 2018 and 2019 to one of the “social welfare” dark money groups that helped set the stage for last year’s bill gutting Ohio’s renewable energy and energy efficiency standards.

“This concept is ethereal and philosophical, but not very practical,” said Licastro, when asked about the council’s action on the resolution to move to 100% clean energy. “So when the practicality of it became obvious, and the cost involved of limiting your energy sources to those only that are green became obvious, village council saw that as a problem, recognized it as a problem, and tabled it indefinitely.”

How much did Dominion Energy and the union influence the council? “It was minimal,” Licastro said. “What really swayed council is we had residents come and speak to our council at public meetings.”

Asked about which residents those were, Mayor John Licastro pointed to remarks by one resident, Sue Dempsey, at the council’s Jan. 15 meeting. Dempsey is also on the record as an opponent of another clean energy move. She’s one of two remaining intervenors against the Icebreaker wind project on Lake Erie. Their lawyer in the Ohio Power Siting Board case has represented Murray Energy in other proceedings, and documents show that the coal company has paid expert witness fees in the case.

It’s unclear how many others called or wrote in response to Briggs’ February emails.

A matter of choice

“This cannot be about the gas industry, trying to talk about it,” said Dan Lapato, senior director for state affairs at the American Gas Association, at the conference. “That can appear very self-serving. … It’s about choice, and it’s about coalitions.”

“Let’s give communities a choice here,” said Joe Flarida, executive director of Power a Clean Future Ohio. “Let them decide where they get their energy from.” He and others have been advising various municipal leaders on different ways to lower greenhouse gas emissions.

“Our members are very much in favor of lower emission sources of electricity,” said AGA spokesperson Jake Rubin. “But that is separate and apart from delivering natural gas to homes.” The group generally defers to member utilities when they take a position on any specific ordinance. “If you’re talking about a mandate where you’re forcing families to change out their appliances, we’re strongly against it,” he said.

“We’ve seen a bit of overreach in a bunch of places where the original drafted plan has been greatly revised once the customers understand what they’re being forced to do,” Lapato told the Energy News Network. The group’s climate change statement says it’s committed to reducing greenhouse gas emissions. However, it has also issued a report, claiming that policy-driven electrification would be “a very costly approach for a relatively small reduction in emissions.”

Cities in a few other states have moved to stop gas hook-ups for new construction. Arizona passed a statewide ban against such bans in mid-February. And at least five more states have bills with nearly identical language under consideration.

Bratenahl’s proposed resolution stands out because it stated only a general goal, with no penalties or prohibitions. So, it would have required further action for implementation. And interested parties presumably would have been able to comment on the costs and benefits of those additional proposals at each stage.

For now gas utilities are most publicly focusing on a continued market for direct delivery for heating, cooking or other customer uses. Natural gas is now also the largest source for electricity in Ohio, though. And various natural gas utilities have corporate affiliates involved in electricity generation within the PJM grid region.

No bill to preempt local government resolutions has been proposed in Ohio yet, nor does any city or municipality have a ban against natural gas in place. Even when local communities adopt aggregation plans, customers still have a choice to opt out. That plan can be for a wide range of energy mixes, including all renewable energy.

When cities opt for 100% renewable energy, that becomes the standard, default offer for people in the community. “Cities are responding to what their constituents want, what the residents of the community want,” said Neil Waggoner, Ohio representative for the Sierra Club’s Beyond Coal campaign. “A lot of times that’s renewable energy.”

“That doesn’t mean a resident can’t go in and shop [for something else],” he added. “We’ve had shopping for two decades now. It’s a very mature program.”

In any case, Flarida said, “we should not be restricting local communities in having a say in where they get their energy.”

This story was published as part of the Amplify Project at the Institute for Nonprofit News.