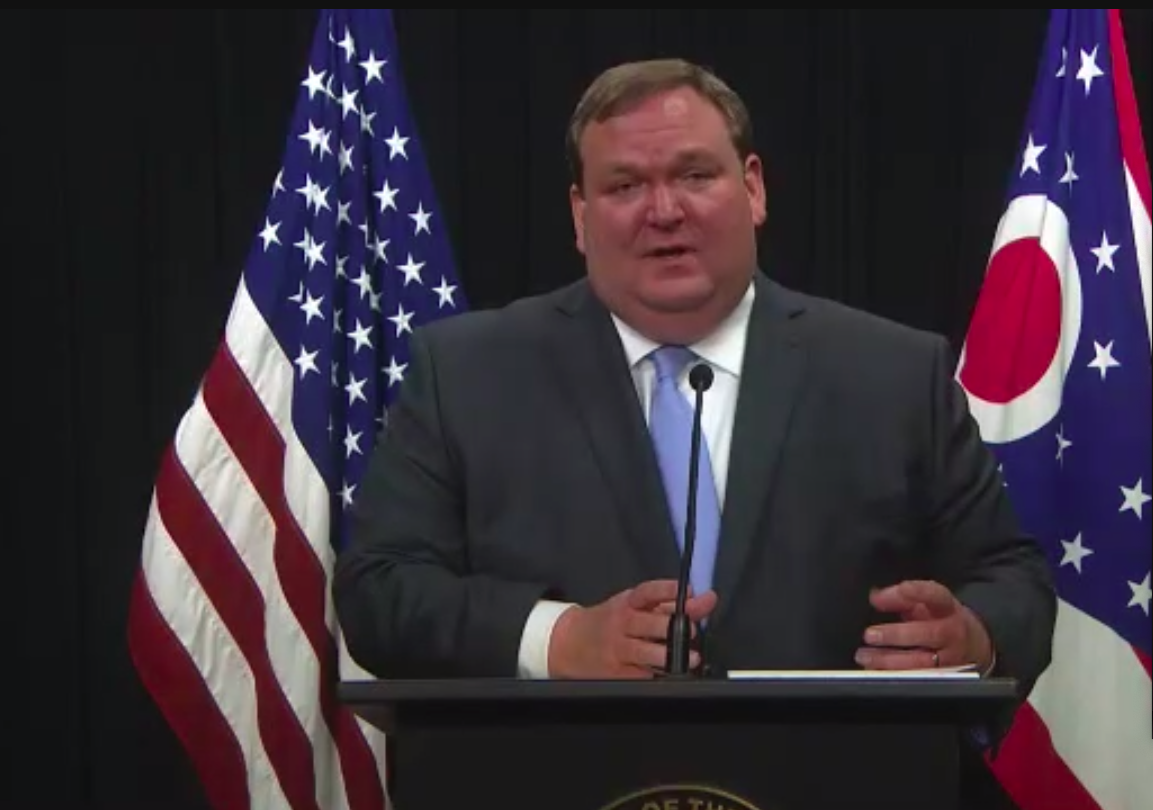 At Monday's Press Conference, ODJFS interim director Matt Damschroder said the state gave out $1.2 billion in accidental PUA payments between the launch of the system last May and February of this year.

State made $1.2 billion in accidental payments, which could be forgiven

When Matthew Bishop started getting Pandemic Unemployment Assistance a year ago, it pulled him out of a tight spot. Bishop, who runs a small company called Gutenberg Author Services, lost all his customers when the economy imploded in March, and had moved out of his group house and in with his parents because he couldn’t make rent. PUA was a lifeline.

Tens of thousands of Ohioans could be eligible to have their debt to the Department of Jobs and Family Services for unemployment assistance overpayments wiped out. But when ODJFS tells people they’ve been overpaid, the notices don’t mention that a repayment waiver might be available.

That’s leaving people like Bishop in a panic as they stare down bills they can’t possibly pay. Bishop said he contacted both his Ohio representative and senator, and filed an appeal online, but he hasn’t gotten a hearing date.

Over 1 million Ohioans have received PUA assistance. In the months since the system was launched, however, the Department of Jobs and Family Services found that it approved some people by mistake, or didn’t have enough paperwork to make a determination.

After seven requests for PUA overpayment data between March 12 and April 26, ODJFS spokesman Bret Crow said he expected data to be available in “a few weeks.” In a press conference announced Monday, ODJFS interim director Matt Damschroder said the state gave out $1.2 billion in accidental PUA payments between the launch of the system last May and February of this year. Non-fraud overpayments, Damschroder said, could include a case where someone wasn’t aware they were supposed to report any money they made each week, or where an ODJFS employee mistakenly waved through an application that had a problem.  That’s not including fraudulent payments, where a claimant deliberately lied to get money they weren’t entitled to have.

The state has always had the option to waive overpayments for traditional unemployment insurance if the mistake happened on the state’s side, and the unemployed person would have trouble repaying. When the PUA program launched, the state didn’t have the same flexibility to forgive overpayments, but Congress changed that when it passed the CARES Act extension in December 2020.

Damschroder said ODJFS only received guidance from the federal Department of Labor about waivers recently, so Ohio is still sussing out what waiver requirements could be, or whether ODJFS will forgive some overpayments automatically through a blanket waiver. He said there will be more information about that “soon.”

Michelle Wrona, with Community Legal Aid in Youngstown, said many of the clients who ask her organization for help don’t know they can ask for a waiver. Every week, the state takes back half of the benefits they qualify for to pay down the overpayment balance. And, Wrona says, if they don’t clear the balance, they may not be able to get unemployment assistance for the next three years.

“That safety net is gone for years to come,” Wrona said. “We can’t have people three years out to the future after the pandemic still feeling the financial effect.”

According to Wrona, ODJFS officials told Legal Aid representatives early in 2021 that the agency would set up a formal process for requesting a waiver through their website. But, four months after Congress allowed PUA overpayment waivers, there’s still no formal pipeline. ODJFS didn’t answer repeated questions about whether it was still planning to institute a waiver process.

Rep. Lisa Sobecki proposed a bill in February to automatically waive any overpayment caused by a mistake by ODJFS, but the bill hasn’t moved since it was referred to the Insurance Subcommittee later that month.

For now, Wrona said, the best way to get an overpayment waiver is to log in on the ODJFS online portal, find a notice about the claimant’s overpayment status, and click an option to file a late appeal.

Jeri Lindner says that’s how she got her overpayment waived – though it wasn’t easy. She said she filed seven appeals before she was finally given a hearing date for February. After a ten-minute conversation with the hearing officer, she received a notice that her PUA balance had been waived. She got a notice that the waiver went through on March 10.

But that hasn’t put an end to her problems. Repayments are still being deducted from her weekly benefits.

“I have contacted [ODJFS] every day since, and I am starting back at the beginning,” she said. “No one knows anything.”

She said that one ODJFS representative she spoke to on the phone said she’d never heard of overpayment waivers and didn’t think they existed.

For people like Bishop and Lindner, Damschroder recommended patience.

“Certainly for individuals who have experienced an overpayment – again by no fault of their own,” Damschroder said, “as hard as it is to hear, the best thing I can say is, ‘Hold tight.’ We’re working on the policy.”

Do you owe ODJFS because of a Pandemic Unemployment Assistance overpayment? You might be eligible for a waiver