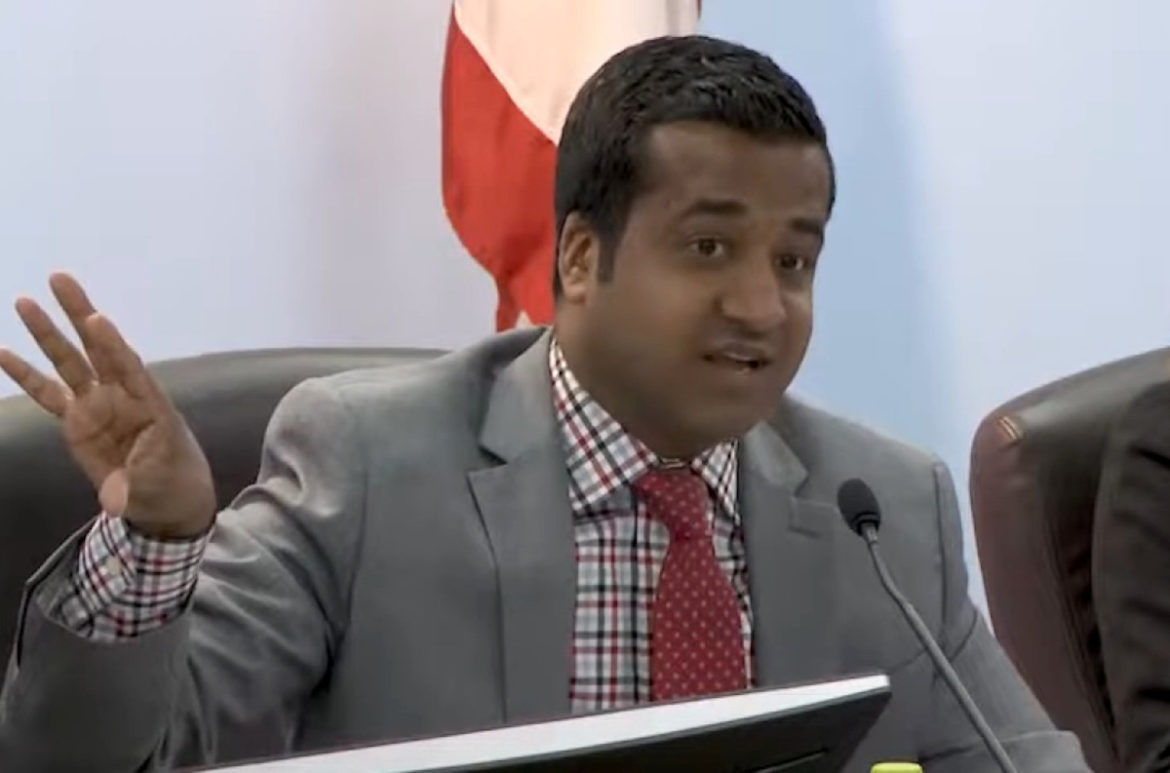 Texts about the $456 million charge may further undermine public confidence in the PUCO.

Newly disclosed texts from a former head of the Public Utilities Commission of Ohio suggest he knew a grid modernization charge that cost ratepayers nearly half a billion dollars was “likely to be found illegal and could not be refunded.”

Former PUCO Chair Asim Haque and former FirstEnergy Vice President Michael Dowling exchanged text messages on the same day the Supreme Court of Ohio held the charge unlawful. Challengers in the case had argued that the commission’s order imposing the charge basically had no strings attached to make FirstEnergy take any specific actions to modernize the grid.

At the same time, the court ruled against refunding the charge. By that time in 2019, Ohio ratepayers had spent roughly $456 million.

“And knowing that it would likely be found illegal and could not be refunded, I knew you would hold onto the funds,” Haque wrote.

The text suggests the ruling wasn’t a surprise to him and that the failure to provide for any refund in the 2016 order was deliberate.

The court ruling and text message exchange were in June 2019, more than two months after Haque’s resignation. Haque is now a vice president at grid operator PJM.

In an email response to Eye on Ohio and the Energy News Network, Haque maintains the exchange was a joke. But advocates for Ohio ratepayers aren’t laughing.

“This is just wrong and improper on its face,” said Howard Learner, executive director of the Environmental Law & Policy Center, which has challenged FirstEnergy bailout efforts since 2014. “The former PUCO chair, whose job was to protect consumers by ensuring fair utility rates, is cozying up to a FirstEnergy senior executive and suggesting that he intentionally did favors for the utility.”

“Once again, this undermines public confidence in the fairness and integrity of PUCO’s ratemaking process,” Learner added.

“When you break this down, the first thing that [Haque] says is that he knew that his ruling was likely to be found illegal. And he made the ruling anyway,” said attorney Rob Kelter, also at the Environmental Law & Policy Center.

“The second part of it is that he knew the money couldn’t be refunded, and that part of his thinking was that he knew FirstEnergy would be able to hold onto the money because of the longstanding prohibition against retroactive ratemaking,” Kelter said.

“It speaks volumes about his integrity as chairman,” Kelter added.

A transcript of the texts was among thousands of pages FirstEnergy provided to the Office of the Ohio Consumers’ Counsel as part of an ongoing and protracted effort by the state’s consumer advocate to get materials relating to the ongoing House Bill 6 corruption scandal. The Energy News Network and Eye on Ohio received the document in response to a records request.

Audits by the Federal Energy Regulatory Commission and by Daymark Energy Advisors released earlier this year found that FirstEnergy’s regulated utilities put the rider money into a money pool managed by an unregulated affiliate. After that, FirstEnergy failed to track how the funds were spent.

“[G]iven the inability to trace how Rider DMR funds were spent, we cannot rule out with certainty use of Rider DMR funds in support of the passage of H.B. 6,” Daymark wrote. DMR stands for “distributed modernization rider.”

House Bill 6 is the 2019 law at the heart of Ohio’s ongoing corruption scandal. FirstEnergy has admitted that it and its affiliates paid roughly $59 million to dark money groups to benefit former Ohio House Speaker Larry Householder and others. In return, lawmakers passed the nuclear and coal bailout law that also gutted Ohio’s clean energy standards. Additional actions by the dark money groups thwarted a referendum voters would have been entitled to under Ohio’s constitution.

The nuclear bailout and utility recession-proofing provisions have been repealed, but the rest of the law remains in place.

Dowling and former FirstEnergy Chair and CEO Chuck Jones were identified in March as having authorized payments to the dark money organizations and to former PUCO Chair Sam Randazzo in response to U.S. District Court Judge John Adams’ question, “Who paid the bribes?”

Because FirstEnergy’s actions have thwarted auditors’ efforts to track the spending, the Office of the Ohio Consumers’ Counsel and Ohio Manufacturers’ Association Energy Group have asked the PUCO to order restitution and impose penalties on FirstEnergy up to $1.4 billion dollars. The consumers’ counsel referenced the texts in its May 4 reply comments on the Daymark audit.

“Distressingly, we learned from FirstEnergy’s discovery responses that it apparently was known within the PUCO that the DMR charges would likely be found illegal and that, even so, FirstEnergy would get to hold onto the funds,” the filing said.

“Now the PUCO can right some of this wrong for two million Ohio consumers” by ordering substantial forfeitures and damages of $456 million tripled, per Ohio law, it concluded. That request is distinct from the refund request that the court ruled on three years ago.

Haque may not have known about the $4.3 million FirstEnergy admitted paying to a company linked to Randazzo shortly before DeWine named him as PUCO chair in 2019. Haque likewise may not have known about the additional $18 million FirstEnergy paid to that company while Randazzo was representing a group of large industrial energy users in multiple cases before the PUCO, including the one that led to the unlawful rider.

Nonetheless, Haque’s comment raises a question about whether he thought part of his job at the PUCO had been to “find a path” for FirstEnergy.

The PUCO’s stated mission is “to assure all residential and business consumers access to adequate, safe and reliable utility services at fair prices, while facilitating an environment that provides competitive choices.”

“Remember me fondly, my friend,” Haque also texted Dowling. “It was the regulator that annoyed you the most, that simultaneously gave you the most: DMR and grid modernization spend. I should have a small picture in memoriam in those hallowed halls in Akron,” likely a reference to FirstEnergy’s headquarters.

Dowling’s responses to that initial comment included a frowning emoji. “Are you talking about your just found to be illegal DMR?” Dowling asked.

That comment suggests the concept for the rider came from the PUCO. Support for that idea also comes from a 2016 FirstEnergy filing. It said the company liked the PUCO’s idea of a distribution modernization rider, but wanted $558 million per year instead of the $131 million the PUCO suggested.

Haque’s last text on June 19, 2019, stated, “I’m kidding around with you albeit my timing is probably bad.” Nonetheless, he added, the DMR rider “was a lot of work so I feel bad it was overturned.”

“My text exchange with Mike Dowling was tongue-in-cheek based on my previous contentious interactions with him and the company,” Haque said in an emailed comment to the Energy News Network and Eye on Ohio. “You will see at the bottom of the text message that I say that I’m kidding. FirstEnergy was not a fan of mine, and the notion of my picture in the halls of their Akron headquarters would have been especially absurd.”

“While I’m unable to comment on the text exchange itself, there are not photos of regulators hanging in our offices,” said FirstEnergy spokesperson Jennifer Young.

Haque also said his “response to Dowling about knowing, three years prior, how a 4-3 Ohio Supreme Court decision would turn out is purely sarcastic.” The rider was “infinitely smaller than what the company wanted, and they demanded. FirstEnergy was not pleased,” he added.

“I am proud of my work as a regulator in Ohio,” Haque concluded. “I have never been a subject of this investigation and I stand on my record in defending the interests of Ohio ratepayers.”

“I just think his words speak for themselves,” Kelter said.