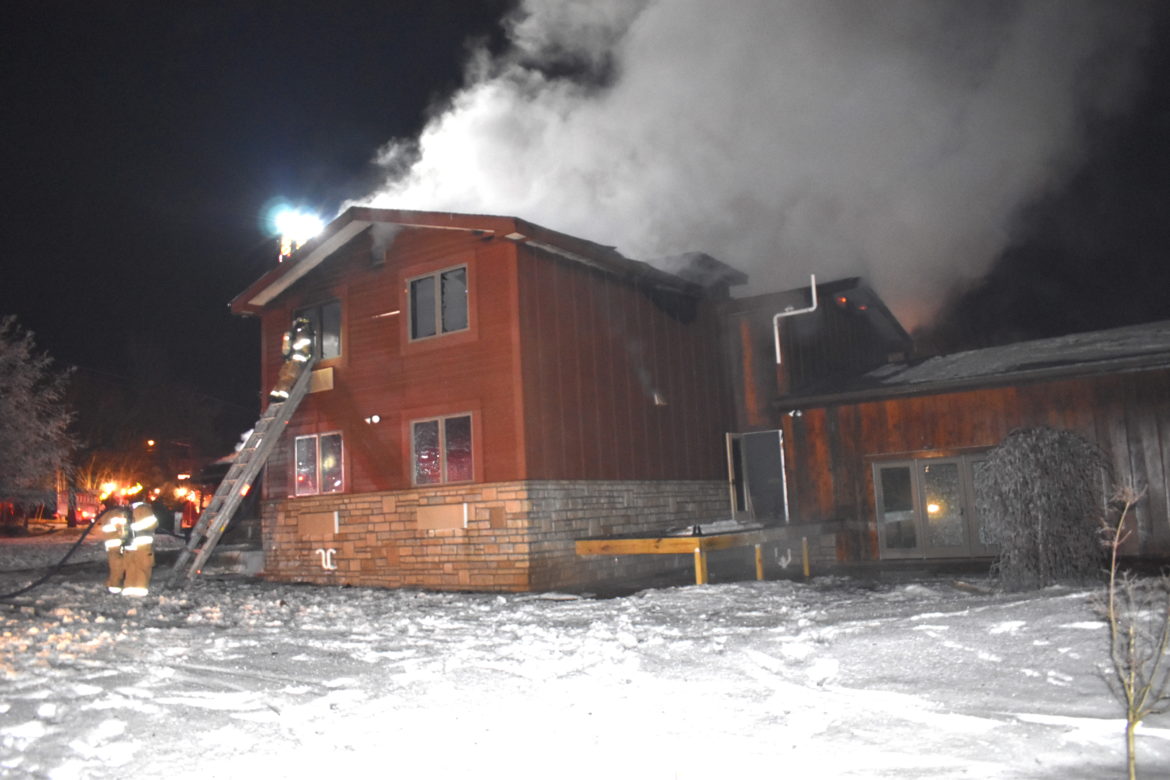 Firefighters fighting the blaze inside 5281 Locust Hill Lane on February 10, 2021.

This week the Ohio Civil Rights Commission released a letter of determination finding probable cause of disability discrimination after a Dublin couple was unable to open an assisted living facility in the area.

The Ohio Civil Rights Commission says it is “probable” that the city of Dublin broke state law by discriminating against the elderly with recent zoning changes. The new city law followed a suspicious fire that broke out amid a months-long neighborhood dispute.

Scott and Priscilla Hamilton bought a home at 5281 Locust Hill Lane in an upscale Dublin neighborhood in July 2018 with hopes of turning it into a residential-style assisted living facility.

“We could never imagine placing our own parents in big facilities that look and feel like institutions,” Priscila Hamilton told the Ohio Center for Journalism, which investigated the case earlier this year.

Neighbors rejected the idea of such a facility in their neighborhood, and in 2020 they sued to block it, claiming it violated local deed restrictions.

In February 2021, as the case played out in civil court, a fire destroyed the home.

The Hamilton’s insurance company ruled the fire arson and refused to insure the property going forward. The Washington Township Fire Department deemed the cause “undetermined” but noted that investigators found burnt debris outside the home consistent with a small gas can.

While the fire investigation played out, the Hamilton’s building permit expired and the city changed zoning codes. Much of the Hamilton’s plan to renovate the property hinged on repurposing an attached garage. The Dublin ordinance approved in April 2021 said that could only happen in the future if the property had another garage of the same size, or if another was built.

Records cited by the Ohio Civil Rights Commission cited conversations neighbors had with city council members in the months before the change, saying neighbors had concerns with large outdoor HVAC units, increased traffic, and frequent deliveries.

The couple filed a complaint with the Ohio Civil Rights Commission in October 2021, claiming the law change violated state law by discriminating against the elderly.

In the Civil Rights Commission's report, city officials denied the claim of discrimination. They say the change was made before the Hamilton's building permit expired, and that the changes do not explicitly prevent assisted living homes in the neighborhood going forward.