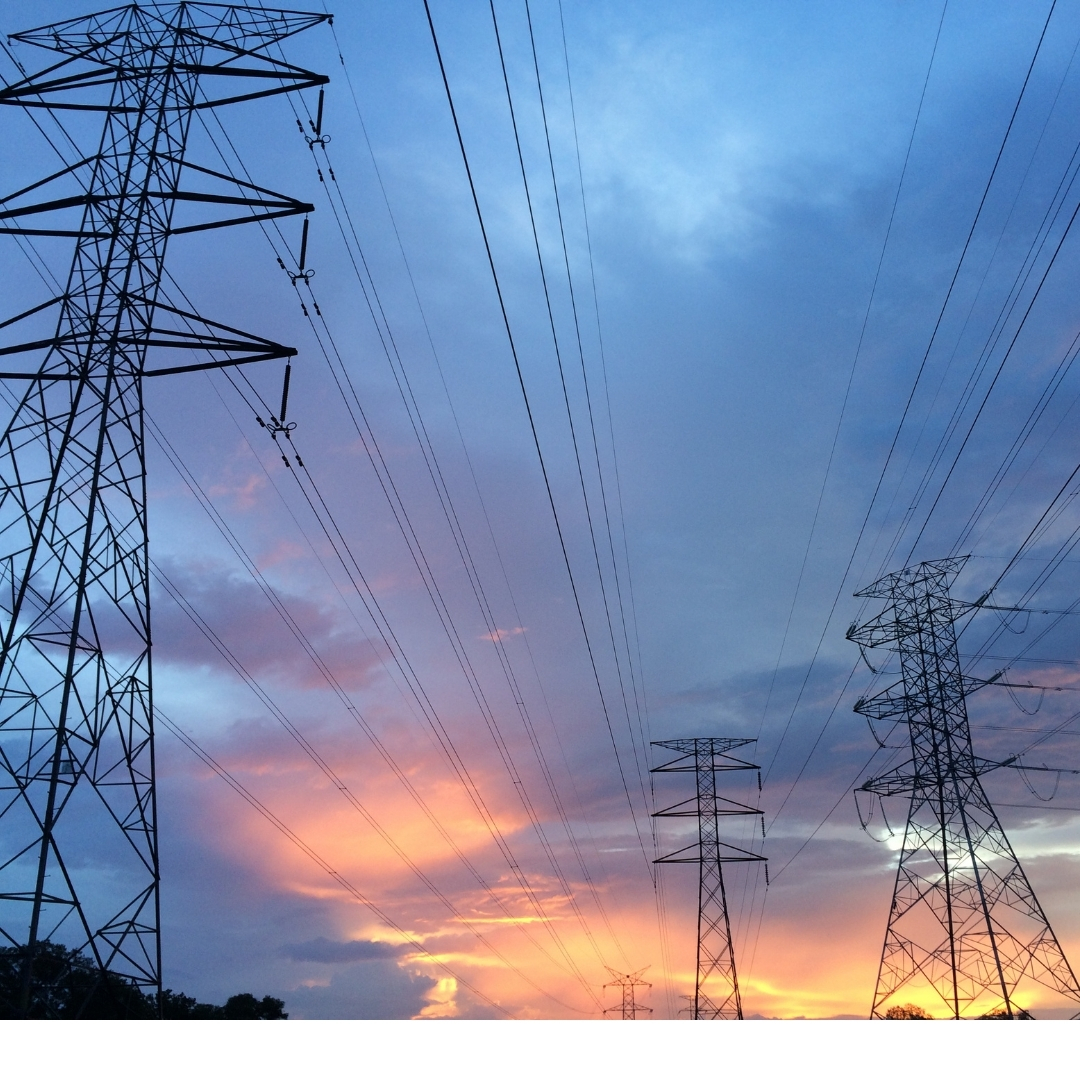 The order agrees that spending should be open to review but first requires the company to review itself.

Regulators are requiring FirstEnergy to show that its Ohio utility ratepayers didn’t foot the bill, “directly or indirectly,” for political or charitable spending in support of the state’s nuclear and coal bailout bill. Yet that order is much more lenient than the state’s official consumer advocate had sought.

Questions about possible improprieties arose after former House Speaker Larry Householder, R-Glenford, was arrested on July 21. That case involves an alleged criminal conspiracy by him and others to pass House Bill 6 last year and then to defend it against a citizens’ referendum. The federal complaint and indictment allege that the defendants received approximately $60 million from “Company A” — apparently FirstEnergy — and its subsidiaries and affiliates.

Repeal bills are pending in the General Assembly. Meanwhile, on Sept. 8, the Office of the Ohio Consumers’ Counsel asked the Public Utilities Commission of Ohio to require an independent audit of FirstEnergy’s political and charitable spending. Before FirstEnergy’s utilities filed any formal response, the PUCO opened a new case and issued its Sept. 15 order.

The PUCO told FirstEnergy’s utilities “to show cause, by September 30, 2020, demonstrating that the costs of any political or charitable spending in support of Am. Sub. H.B. 6, or the subsequent referendum effort, were not included, directly or indirectly, in any rates or charges paid by ratepayers in this state.”

“We are reviewing the PUCO order and will respond by September 30 as required,” said FirstEnergy spokesperson Jennifer Young. She added that the company was “not aware of the criminal allegations, affidavit or subpoenas before July 21,” and that it is cooperating fully in the federal investigation.

Critics aren’t willing to take FirstEnergy’s word for it that the company did nothing wrong.

“Ohioans deserve an open, transparent investigation and an audit by an independent, third party into the actions taken by FirstEnergy — not just a report from FirstEnergy itself to the PUCO,” said Miranda Leppla, vice president of energy policy for the Ohio Environmental Council Action Fund. “Ohioans have a right to know that state-approved monopolies, like our electric utilities, are not misusing dollars collected from Ohioans’ electric bills, and if they are, that the PUCO acts swiftly to crack down.”

Speaking before an Ohio House committee considering repeal of HB 6, PUCO Chair Sam Randazzo noted that stakeholders could weigh in. However, it’s not clear how much more will be done.

The PUCO’s order is “a baby step towards the direction of what the Consumers’ Counsel is suggesting,” but it’s certainly not the same, said former PUCO member Ashley Brown, who now heads the Harvard Electricity Policy Group. Ohio regulators have wide leeway in investigating utilities’ activities, he noted, and the order doesn’t foreclose additional inquiries beyond whatever FirstEnergy files in response.

According to FirstEnergy spokesperson Mark Durbin, “there were no expenses for political activity and lobbying for the years 2017-2020 included in customers’ rates at CEI, Toledo Edison, and Ohio Edison.”

However, the PUCO’s Sept. 15 order calls for the company to show that there was neither direct nor indirect funding of political and charitable giving. Indirect funding could happen if the parent corporation got more than the allowable rate of return from its regulated utilities, Brown said.

Even if the rate of return looks OK on paper, one might ask if personnel at the parent and affiliates charged for time related to lobbying efforts, Brown said. Likewise, the utilities’ electric security plans include some cross-subsidies for unregulated activities.

Additionally, from 2017 through mid-2019, FirstEnergy’s utilities collected roughly $440 million from ratepayers for a credit support rider that wasn’t tied to any services for ratepayers. Critics have questioned what the company did with those funds. The Ohio Supreme Court subsequently held the charge unlawful but didn’t require a refund.

“To do this audit correctly, you can’t just look at the accounts” from the utilities, Brown said. “You have to look at what’s behind the reporting. … It really requires a professional auditing firm that has financial skills and management skills and forensics skills.” And, he added, if improprieties show up, the bigger question is how the corporation and its directors and officers might have allowed them to happen.

For its part, the Office of the Ohio Consumers’ Counsel hopes the PUCO order is a beginning, rather than a last step for an investigation.

“The Ohio legislature has granted the PUCO considerable powers to investigate utilities for the protection of the public,” said spokesperson J.P. Blackwood at the Office of the Ohio Consumers’ Counsel. “We hope the PUCO will more fully use those powers to broaden its announced ‘review’ of FirstEnergy's alleged conduct in influencing the passage of House Bill 6.”

As it stands, Ohio utilities are “the only entities in the state of Ohio that are guaranteed a profit,” said Rep. David Leland, D-Columbus, who is co-sponsoring one of the HB6 repeal bills. “It’s the Public Utilities Commission of Ohio’s responsibility to get to the bottom of what kind of corruption actually occurred at FirstEnergy.” In his view, the fact that it took nearly two months for the PUCO to act after Householder was arrested was “an abdication of their responsibilities.”

“It’s not timely, and it’s not expansive enough,” Leland said.

The PUCO’s Sept. 15 order could matter even more in light of a Cincinnati Enquirer report, showing that FirstEnergy’s Political Action Committee made $158,000 in campaign contributions just days before Householder’s July 21 arrest.

The report’s listing of donations, based on filings with the Ohio Secretary of State, showed $10,000 and $5,000 going to campaigns for HB 6 co-sponsors Jamie Callender and Shane Wilkin, respectively. Campaigns for Ohio Supreme Court justices Judith French and Sharon Kennedy each were shown as getting $7,000.

Several campaigns have said they did not receive the money, raising yet more questions.

“FirstEnergy’s Political Action Committee supports both Republican and Democrat candidates and officeholders whose interests align with those of our customers, employees and shareholders,” Young said. “FirstEnergy’s PAC contributions are legal and reported consistent with established federal, state and legal requirements.”

Cirino had testified in support of HB 6 in his role as a current Lake County Commissioner. Documents uncovered by the Energy & Policy Institute showed that drafts of that testimony had been arranged by a FirstEnergy Solutions consultant who had previously been FirstEnergy’s external affairs director. That person, Murphy Montler, is now deceased.

“The former employee was working as a consultant for FES,” Young said. “I can only speak for FirstEnergy Corp., and I am not familiar with the work referenced in the article.”

“Energy Harbor does not have any comment at this time,” said spokesperson Jason Copsey. Energy Harbor is the successor to FirstEnergy’s former FirstEnergy Solutions subsidiary following the conclusion of its bankruptcy case in February 2020. The company is no longer considered an affiliate of FirstEnergy.

“I was acting as a county commissioner looking out for the economic health and employment situation in my county,” Cirino said. “At no time did I represent FirstEnergy and FirstEnergy Solutions. … Any implication that there was any financial interest on my part in supporting HB 6 or whatever the solution might have been is absurd.”

Cirino did not deny receiving the July donation from FirstEnergy, and he said that FirstEnergy Solutions had provided “technical” material for his testimony supporting HB 6.

“When someone like Jerry Cirino has a documented history of simply taking marching orders from a large corporation and its lobbyists, no questions asked, we have to doubt whether he will ever ask the necessary hard questions,” said Besty Rader, his rival in the race for State Senate. Even after Householder’s arrest and revelation of the alleged racketeering scheme, “Cirino took the political lead this August to support the flow of money” to companies under the HB 6 subsidies, Rader added. “This sort of pay-to-play in Ohio politics has to end.”