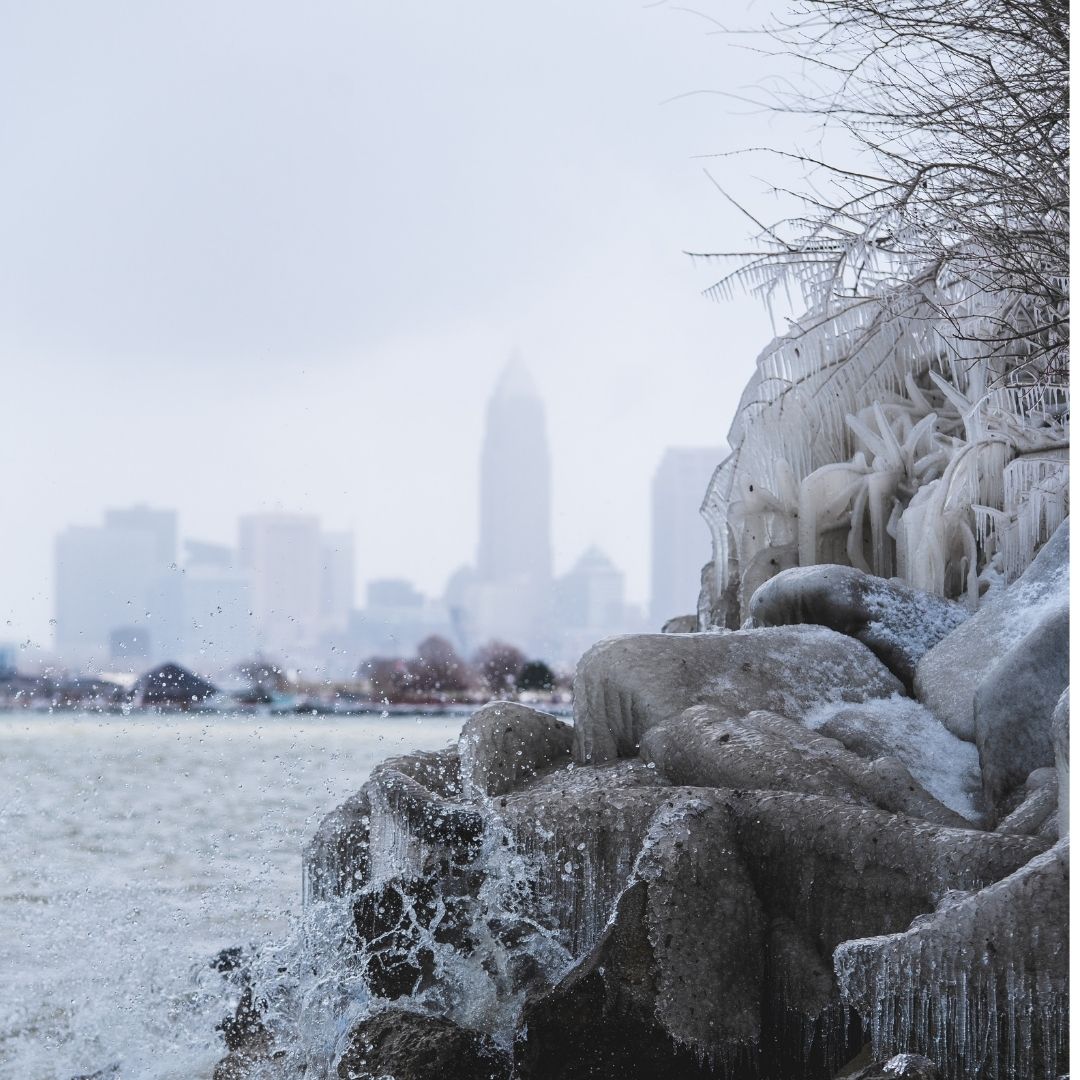 CLEVELAND, Ohio – The needs of Greater Clevelanders have come in waves during the pandemic, much like the virus itself: first food, then rent, then internet so students could learn from home.

Now, as moratoriums that staved off utility disconnections cascade to an end, some families face a long winter unsure how they will keep the lights, heat and water on. Moratoriums on shut-offs with Cleveland Public Power and the Cleveland Water Department, for example, ends tomorrow, Tuesday, Dec. 1.

The utilities, some privately-run and regulated by the state and others operated by municipalities, offer payment plans and programs to help customers with bills, which in some cases have mounted for months.  Those bills are larger than usual for some due to state and local moratoriums, which halted utilities from shutting services off, but did not stop the bills.

Check out our guide outlining what utility bill-related aid and payment plans are available for Northeast Ohioans. Want to share your story? Check out our survey.

However, utility assistance programs are tough for people to negotiate on their own, said Molly Black, community navigation trainer and coach for United Way of Greater Cleveland’s 211 helpline.

Navigators who answer calls to the line spend an extensive amount of time learning the rules of these complex programs, which vary by type of utility, company, season and income.

In some cases, the utility assistance programs have to be used in a certain order, with some considered “last resort” help. Other programs are targeted to help senior citizens, families with children, veterans or individuals with medical conditions.

That’s why the 211 navigators ask a lot of questions, including ones that might seem nosy, Black said. Like:  Did something happen recently that caused you to fall behind on your bill?  Is this the only bill you need help with? Are you a veteran or a senior citizen? Do you have medical issues?

“We want to get a good understanding of that person's entire situation so that we’re able to provide some very holistic help and not just kind of putting a Band-Aid on a gaping wound,” Black said.

The City of Cleveland provided some data on Nov. 30, the day before the moratorium was set to end, in response to a public records request from the Northeast Ohio Solutions Journalism Collaborative.

As bills come due, local social service providers worry about a bottleneck, as a crush of people apply for federal, state or local assistance to avoid shut-offs. Before the pandemic, customers often had long waits for appointments to get approved for programs like the Percentage of Income Payment Plan (PIPP), which allows people to pay a consistent percentage of their income toward a utility bill each month.

“One of the biggest barriers is just being able to get an appointment because, as you can imagine, especially right now there’s just a whole lot of need,” Black said.

With thousands of people calling the same numbers, some get frustrated.

“We’ll have folks call and say, “‘I’ve been calling for days and I can’t get through,’” Black added.

Most gas companies and private electric companies lifted their moratoriums in late summer or early fall, which aligns with a recent uptick in calls for assistance to 211. In April, the help line has about 1,000 calls for assistance with gas, electric or  water bills. By September,  with Cleveland-own utilities still under a moratorium, the calls had doubled, returning to pre-pandemic levels.

“I anticipate that we’re going to get an increase in these utility calls soon,” Reese said, pointing to the upcoming expiration of  Cleveland’s moratorium.

Since March, when the city was among the first to announce moratoriums halting disconnections, Cleveland Public Power reconnected 136 customers. The Cleveland Water Department restarted service for 2,390 customers, according to city releases.

With the moratoriums for these utilities ending tomorrow, Dec. 1, collections letters from Cleveland Public Power and Cleveland Water have already started to show up in customer’s mailboxes.

At a Nov. 10 meeting of Cleveland City Council’s utility committee, Councilman Brian Kazy, who chairs the committee, said he was frustrated that no information was shared with council before the announcement was made that collections and shutoffs would resume. Kazy said council members, who fielded calls from constituents, found out the same time the general public did.

Cleveland Director of Public Utilities Robert Davis acknowledged communication could have been better.

“We weathered the storm for as long as we could,” Davis said. “There’s no good time to do this. It’s a balancing act.”

Davis said customers would have ample warning, at least three notices, including a door hanger, before their utility is cut off.

Assistance is here, but how effective will it be?

Those include a recently announced $2 million program that will help pay off overdue electric, water, sewer and gas bills.

That program is available to anyone at or below 120% of the median household income of Cuyahoga County (about $91,000 for a family of four)and who has been negatively impacted by COVID-19. Only bills due since March, when the pandemic hit Ohio, are eligible.

The Council for Economic Opportunities in Greater Cleveland is another nonprofit that runs utility assistance programs in Cuyahoga County. It has a $6.8 million fund - financed with federal CARES Act dollars – similarly meant to help people hurt by COVID-19 pay for overdue rent, utility bills and mortgage payments.

People applying for help have to live in Cuyahoga County and qualify based on income that is at or below 200% of the federal poverty line, which is $52,400 for a family of four.  Nearby Summit and Lorain county community action agencies also have CARES Act-funded utility supports available.

Officials with CHN and CEOGC said they’re allowing people to attest— or swear— they have a “hardship due to COVID-19” requirement, like a loss of income, additional childcare needs, illness or other factors,  without providing documentation.

However, unless Congress authorizes an extension of CARES Act federal relief funds, both funds— which were announced in early-to-mid November— will expire on Dec. 31. Since announcing the program in early November, CEOGC has seen almost 2,000 applications for CARES Act-related aid as of Nov. 23.

“People have either lost their jobs or they’re on furlough,” Leverette said.  “They’ve lost their childcare, which impacts their ability to work. Either they’ve gotten sick, or they’ve stopped work to care for a family member who has gotten sick. It runs the full gamut.”

Before the pandemic hit, there was already a delay, sometimes up to nearly a month, to get an appointment to sign up for PIPP, a program that allows people with lower incomes to pay a set percentage of their wages for utilities each month, Leverette said.

However, families facing an impending disconnection are prioritized with CHN, and typically get an appointment set up within 24 hours, Leverette added.

Currently, CHN can handle 125 appointments a day for the HEAP and PIPP programs, and they are always at capacity, said Laura Boustani, a spokeswoman for CHN (although no appointment is needed for the CARES Act assistance). About 66% of people who have applied for the city and county’s rental assistance program so far also have told the agency they need help with utility bills, Boustani said.

All of the assistance programs require applicants to provide documentation, which frequently includes copies of bills, birth certificates or Social Security cards, and other personal records.

That can be made more difficult with these programs going remote-only, Legal Aid’s Anne Reese said. Most documents can be submitted electronically but that can be a barrier for people who don’t have computers or internet access.

The scope of possible disconnections in the coming months is unclear.

Most privately run utility providers did not respond or declined to share numbers of customers already disconnected or estimates for pending disconnections with the Northeast Ohio Solutions Journalism Collaborative.

The Public Utilities Commission of Ohio tracks disconnections for state regulated utilities. Recently-provided commission data showed drastic drops in disconnections compared with last year while the moratoriums were in effect; now, disconnections are on the rise again.

Meanwhile, with winter months approaching, community agencies and churches, like the Iglesia Nueva Vida church on Holmden Avenue, which has a mostly Hispanic congregation, have been helping people get signed up for utility-assistance programs.

“That’s been like that always,” Nela said. “Now, with COVID, it’s probably worse.”

Nela said it can be difficult for these families to navigate the system of benefits they might be eligible for.Another problem: If they make just a dollar over the income requirements for these programs, they don’t qualify.

Over in Lorain County, Jackie Boehnlein, president and CEO of Lorain County Community Action, said her agency has seen a significant uptick in requests for utility and other aid, especially from people who are new to the system.

These are people who said they would “never dream of being in a food line” before this year, she said.

Conor Morris is a corps member with Report for America.. Rachel Dissell is an independent Cleveland-based journalist.  This story is sponsored by the Northeast Ohio Solutions Journalism Collaborative, which is composed of 20-plus Northeast Ohio news outlets including Eye on Ohio, the Ohio Center for Journalism, which covers the whole state. IdeaStream reporter Taylor Haggerty, The Devil Strip reporter Abbey Marshall and WKYC Reporter Phil Trexler contributed reporting to this story.

A Cold Covid Christmas in Cleveland