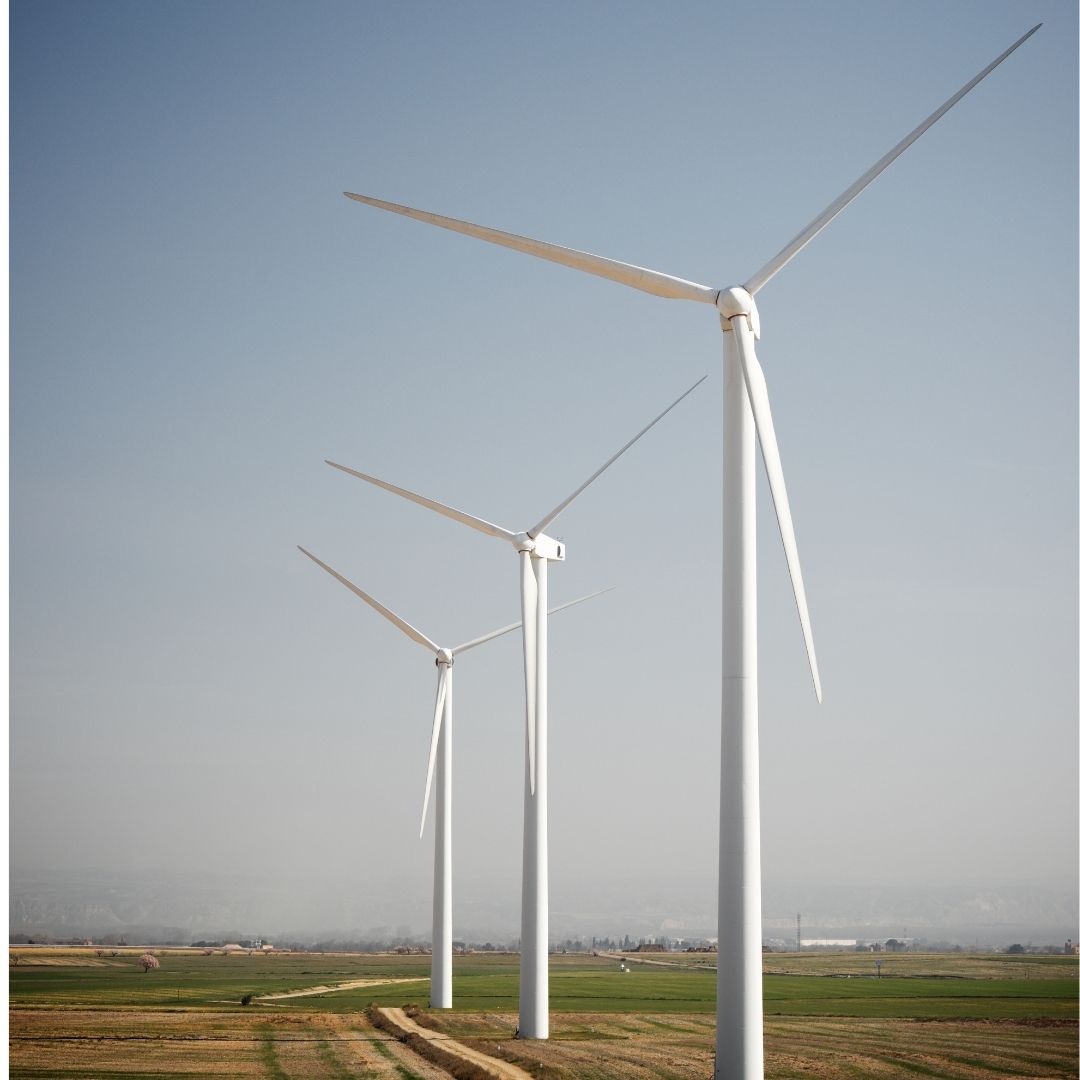 Critics question whether the former Ohio utility commission chair should have recused himself more often to avoid any appearance of bias.

Concerns about the outsized influence of utility and fossil fuel interests have resurfaced as the Public Utilities Commission of Ohio begins steps to name a new commissioner after the sudden exit of Chair Sam Randazzo.

Randazzo resigned on Nov. 20 after an FBI team had searched his home and FirstEnergy released a mandatory quarterly report to the Securities and Exchange Commission. The report showed the company paid $4 million to an entity associated with Randazzo shortly before his appointment last year.

Now the Public Utilities Commission, or PUCO, has put out a call for applicants to fill the vacancy. Under Ohio law, a nominating council will review the applications and then nominate four candidates to the governor. Advocates have criticized the council, which only has one seat for a consumer advocate, as being too heavily tilted toward utility interests.

“It’s crazy that Gov. DeWine is represented on the PUCO Nominating Council by Mike Koren, who has lobbied for FirstEnergy,” said Dave Anderson, policy and communications manager for the Energy & Policy Institute. “Plus, [council member] Mark Totman works for a union that gave money to Generation Now, the group indicted alongside former Ohio House Speaker Larry Householder.”

In a similar vein, Michael Watkins, who chairs the Ohio Consumers’ Counsel Governing Board, asked Koren to hold a special meeting of the nominating council to consider “if events related to tainted House Bill 6 warrant any changes for the Council, including changes in its chairpersonship.”

Koren did not agree to the request. Instead, his response said he had been unanimously selected as council chair “for the calendar year 2020” and that the council would interview and select candidates to fill Randazzo’s vacancy by Dec. 21.

Randazzo himself had served on the nominating council multiple times before becoming chair of the PUCO and Ohio Power Siting Board. In 2016 he had urged fellow committee members not to nominate a lawyer who had represented wind energy developers.

An appearance of impropriety?

FirstEnergy had already been under public scrutiny due to allegations suggesting that approximately $60 million from it and current and former subsidiaries financed an alleged conspiracy by former Ohio House Speaker Larry Householder and others to secure passage of Ohio’s nuclear and coal bailout law. The law, House Bill 6, also guts Ohio’s renewable energy and energy efficiency standards.

Critics say the company’s report to the SEC, known as a 10-Q, raises yet another red flag.

“The appearance of a regulated utility making a $4 million payment to somebody in proximity to their becoming chairman of the Public Utilities Commission just really sets off alarms,” said attorney Rob Kelter at the Environmental Law & Policy Center, which filed the motion. “Ohio utility customers have a right to answers.”

It’s unclear what services the money was supposed to have paid for.

FirstEnergy’s Nov. 19 10-Q report said the payment in early 2019 was for “the termination of a purported consulting agreement, as amended, which had been in place since 2013.” However, it added, “At this time, it has not been determined if the payments were for the purposes represented within the consulting agreement.”

“I do not have a copy of the agreement to provide,” FirstEnergy spokesperson Jennifer Young said, “and given the ongoing nature of the investigations we are unable to comment about it beyond the information in the 10-Q.”

The four cases directly affected by the Environmental Law & Policy Center’s motion are ones where FirstEnergy was a party and where Randazzo did not recuse or bench himself from taking part in the case.

“Commissioners Conway, Friedeman and Randazzo have all recused themselves from various cases,” PUCO spokesperson Matt Schilling said. “The decisions don’t cite a reason, but generally recusals are due to their prior work in the proceeding before taking office.”

Schilling also indicated he did not have further statements from the commission or its members about the search of Randazzo’s home or his resignation. Randazzo did not respond to a separate request for comment.

Randazzo did recuse himself from rulings on a no-strings-attached rider for FirstEnergy’s utilities after the Ohio Supreme Court held it unlawful. In earlier stages of the case, Randazzo’s law firm represented his longtime client, Industrial Energy Users-Ohio.

IEU-Ohio opposed an earlier form of FirstEnergy’s proposed bailouts for nuclear and coal plants in that case. Then Randazzo advised the PUCO that his client would not oppose a partial settlement signed by other parties. The group later filed briefs against other parties who still objected to different subsidy plans.

FirstEnergy’s filing indicates that its “purported agreement” with Randazzo’s company would have been in force then. That apparent relationship since 2013 and the lump-sum payment in early 2019 raise questions about whether Randazzo should have sat out from other FirstEnergy cases as well.

“The apparent connection is so big and so serious that we don’t think there should be any delay in reopening these dockets,” Kelter said.

All parties in judicial or regulatory cases have a due process right to rulings that are not tainted by bias or even the appearance of impropriety. When judges or commissioners don’t sit out when they should, that can taint the entire process, the Environmental Law & Policy Center argued in its brief.

ELPC’s motion “makes a lot of sense to me,” said Rachael Belz, executive director of Ohio Citizen Action. As she sees it, the payment created a situation where Randazzo might “seem to have his finger on the scale for FirstEnergy. Or, at least you could make the case that the PUCO should look at it and prove that he didn’t.”

Regulators should also undertake a broader review of Randazzo’s cases before the Public Utilities Commission and Ohio Power Siting Board, Belz suggested. Ohio Citizen Action and other groups had called for Randazzo to recuse himself from a wide range of cases when Gov. Mike DeWine first appointed him to chair the PUCO and the Ohio Power Siting Board on February 4, 2019.

“We never trusted him, and we don’t trust him now,” Belz said, due to “his illustrious career in supporting fossil fuels.”

Randazzo also has been a longtime opponent of Ohio’s clean energy standards and various renewable energy projects. In a 2019 report, the Energy and Policy Institute noted multiple times when Randazzo spoke at events that featured the late Robert Murray of Murray Energy, as well as anti-wind activists who had gotten funding from the fossil fuel industry.

In 2016, Randazzo worked with staff for Rep. Bill Seitz, R-Cincinnati, on bill language that would have extended a freeze on Ohio’s renewable energy and energy efficiency standards for at least two more years. Seitz was then in the state Senate.

Randazzo also represented opponents of wind farms before the Ohio Power Siting Board. In one case, Seitz emailed the board to support Randazzo’s gambit to block a wind farm.

Randazzo also consulted with Seitz’s office in 2017 to help block a rollback of tripled property line setback requirements for wind turbines. The provision had made it practically impossible to build new wind farms that weren’t already permitted before a last-minute budget bill amendment in 2014.

Randazzo even once compared Ohio’s renewable energy standards to requiring that airlines use hot air balloons for some of their flights.

Since Randazzo’s appointment, Belz noted, the Power Siting Board had put a “poison pill” condition in the permit issued in June for LEEDCo’s Lake Erie wind project. The board reversed that position in September, but only after 32 lawmakers pressed for reconsideration. Two Bratenahl residents’ motion to undo the reversal is pending.

Two solar energy projects also had been held up for an extra half year, in response to comments from Randazzo. The projects were finally approved in April.

And when Randazzo left, his resignation letter complained about “virtue signaling demands of wind and solar farm developers[,] some of which were only interested in flipping their project.”

“Nobody in Columbus should be listening to the guy who’s on his way out” in circumstances like these, Belz said. “It’s important to repeal HB 6 and then start some of the process of having a real energy policy.”

The Office of the Ohio Consumers’ Counsel has asked the Public Utilities Commission to make HB 6’s nuclear subsidy charges refundable if they are ultimately repealed. FirstEnergy and other parties will have a chance to respond to those motions, as well as to the Environmental Law & Policy Center’s motion.

Other questions remain. Two companies have been linked to Randazzo, and it’s not yet certain which one was referred to in FirstEnergy’s 10-Q filing. A Nov. 24 report by the Checks and Balances Project found that one of those companies had acquired five Columbus-area properties since 2013, the year when FirstEnergy said its agreement began.

“We have so many problems right now with corruption and people not trusting the government, Belz said, stressing the need for another look at both PUCO and Power Siting Board cases where Randazzo played a role.

“We need a fresh start somehow on this,” she continued. “And in order to be able to do that, I think you should at least look at your past to make sure there isn’t impropriety. And, if there is, correct it.”