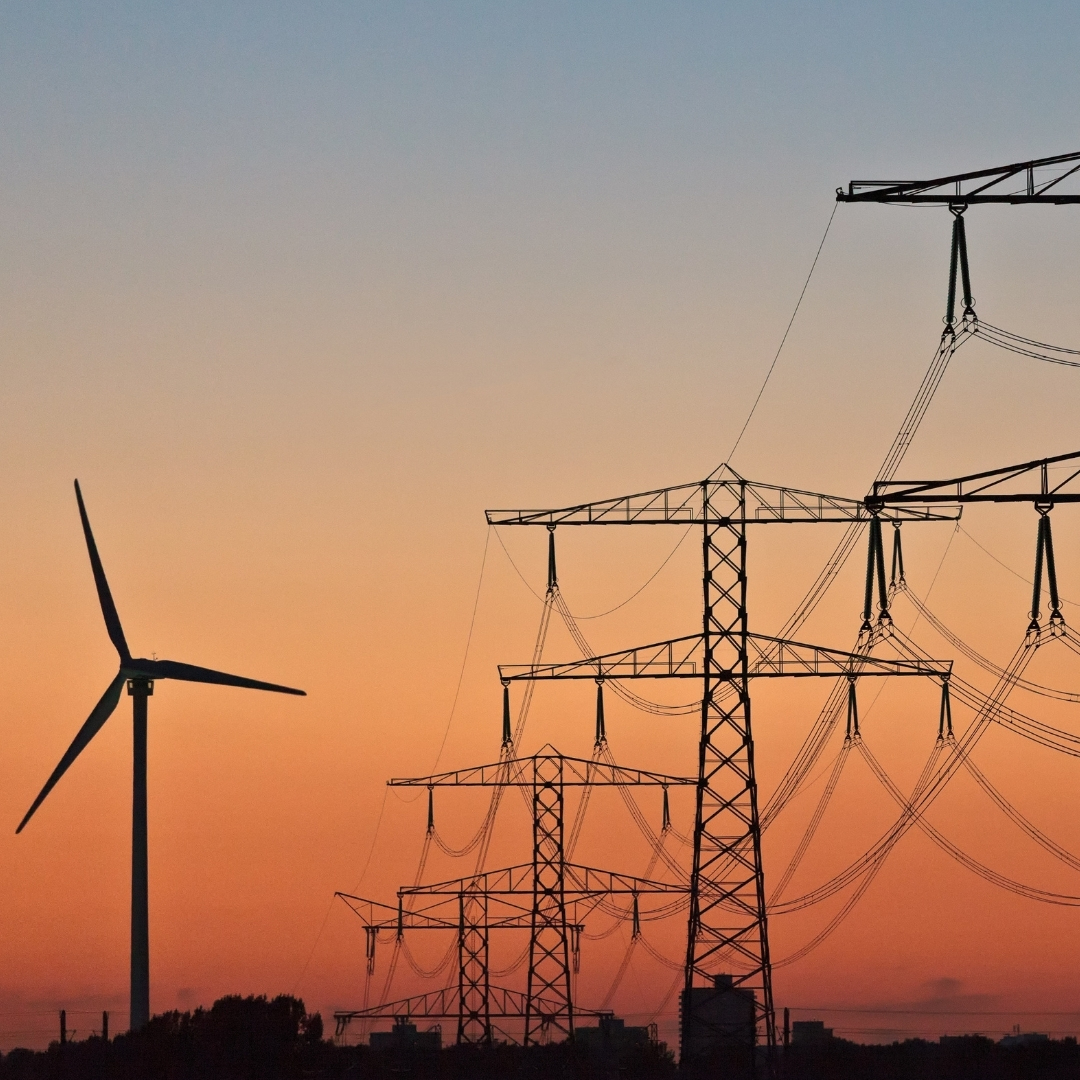 FirstEnergy’s legal papers in a regulatory case state it can’t categorically deny that money from Ohio ratepayers was spent for activities related to the state’s nuclear and coal bailout law. The limited comments could support a broad scope for an independent audit ordered by the Public Utilities Commission of Ohio earlier this month.

The PUCO may come under increased scrutiny in the wake of FBI agents’ Nov. 16 search at the home of Chair Sam Randazzo, a longtime critic of renewable energy who had been the general counsel for the Industrial Energy Users-Ohio trade group and who had also been linked to a couple of creditors in FirstEnergy Solutions’ (now Energy Harbor’s) bankruptcy case.

Randazzo and the PUCO had already drawn some criticism for waiting nearly two months to tell FirstEnergy’s utilities to prove they hadn’t directly or indirectly used ratepayer money on House Bill 6. The law is at the heart of an alleged $60 million bribery and conspiracy scheme, which the Department of Justice announced on July 21. And only on Nov. 4 did the PUCO finally call for an independent audit of FirstEnergy spending on HB 6.

FirstEnergy isn’t a named defendant in the federal criminal case but is instead referred to as Company A. The company’s statements about an inability to admit or deny statements about the use of ratepayer money for HB 6 activities came in response to information requests, called discovery, in the regulatory case that started in September.

FirstEnergy’s evasion or apparent backtracking from earlier statements “certainly requires a lot of new questions and hopefully more answers from FirstEnergy about what exactly is going on here,” said Dave Anderson, policy and communications manager for the Energy & Policy Institute.

The Office of the Ohio Consumers’ Counsel attached the company’s statements to a motion filed last week, asking the PUCO to compel full responses to its discovery. In the case, the PUCO told FirstEnergy’s utilities to prove that “the costs of any political or charitable spending in support of [House Bill 6 and a subsequent referendum effort] were not included, directly or indirectly, in any rates or charges paid by ratepayers in this state.”

Among other things, the Ohio Consumers’ Counsel asked FirstEnergy’s utilities to admit or deny that they or any affiliates used any money from rates, riders or other charges collected from Ohio electric customers for charitable or political spending or for HB 6 activities. In recent years, those charges included nearly half a billion dollars for a no-strings-attached rider that was ultimately held unlawful.

FirstEnergy provided a long litany of objections but said they didn’t build costs for such spending into rates and other utility charges. But then the utilities also said they “lack information sufficient to either admit or deny” those requests for admission.

Funds from utility ratepayers apparently go into a group account. There they’re “not differentiated from funds received by the Companies from other revenues or sources,” FirstEnergy’s responses said.

“What’s weird is to say, ‘We don’t know, and you’re not entitled to discovery,’” said Ashley Brown, a former PUCO commissioner who now heads the Harvard Electricity Policy Group. The purpose of legal discovery is to let parties learn more.

The responses seem to be a subtle but possibly significant shift from FirstEnergy’s earlier filings.

FirstEnergy’s lawyers initially answered the PUCO’s question about whether Ohio ratepayers directly or indirectly paid for HB 6 efforts or other political or charitable spending by saying, “The short and simple answer is ‘no.’” They attached a two-page affidavit from an officer at affiliate FirstEnergy Service Company.

Now the statement in the discovery responses “seems to say something different,” Anderson said: “That actually after an internal review of some sort -- that they don’t describe -- they realize that they somehow don’t have sufficient information about how various pots of money have been spent and can’t actually deny or admit anything regarding those questions.”

“FirstEnergy’s internal review is ongoing. The Board is conducting a full review of its governance and oversight processes to promote robust corporate controls going forward,” company spokesperson Jennifer Young said. “I’m not able to provide any additional comments on the PUCO case beyond our filing.”

“When OCC sought to learn the truth about whether FirstEnergy spent or used funds collected from Ohio utility customers for HB 6 (instead of for providing utility service) the FirstEnergy Utilities refused to answer a single question,” the consumer advocate’s lawyers wrote last week.

The PUCO “opened this case to review ‘the political and charitable spending’ by FirstEnergy in support of HB 6,” the Ohio Consumers’ Counsel said in that filing. In contrast, FirstEnergy’s filings suggest it wants to limit any inquiry to whether spending for HB 6 was built into the rates or riders charged to customers. In OCC’s view, that’s “a much smaller scope that shields [FirstEnergy] from answering and fails to protect customers.”

Indeed, the company’s statements in its discovery responses could be viewed as non-denial denials — a term for evasive responses that became popular during the Watergate era.

Even if FirstEnergy’s utilities lack firsthand knowledge of what happened to money after it went to FirstEnergy Service Company or the parent corporation, arguably someone should know how money was ultimately spent, which might show whether ratepayer money indirectly paid for HB 6 activities.

“Plus, the new acting CEO was previously the chief financial officer of the company,” and also allegedly signed checks to one of the dark money groups in the HB 6 scandal, Anderson said. The federal complaint released in July alleges that approximately $40 million went from “Company A Service Company” to defendant Generation Now, with added amounts coming from pass-through companies or FirstEnergy Solutions (referred to as “Company A-1 Corp.”)

Those statements about undifferentiated funds and other factors may end up supporting a broad scope for the independent audit on corporate separation ordered by regulators on Nov. 4.

Regulators finally ordered an independent audit six days after FirstEnergy terminated longtime CEO Charles Jones and two other members of top management. As of Nov. 8, FirstEnergy also “separated from” two more vice presidents, who had served as its former chief legal officer and chief ethics officer, according to a filing with the Securities and Exchange Commission.

The audit’s scope should also determine if “the ‘loosey-goosey’ distribution modernization charge money that FirstEnergy Utilities collected from customers was used lawfully and in compliance with PUCO orders for electric utility service,” the Ohio Consumers’ Counsel wrote in a Sept. 30 filing.

Collection of the rider began in 2017. In 2018, FirstEnergy fought the Ohio Consumers’ Counsel’s efforts to find out how the money was being spent. When Oxford Advisors provided a report in June 2019, it noted that spending from the no-strings-attached rider wasn’t restricted to activities of the Ohio utilities.

Instead, a regulated money pool with the funds “appears to be benefiting the liquidity needs of the non-Ohio regulated companies when looking over the trends,” Oxford Advisors found. Also, it noted, funds from the pool “have been used to pay dividends to FirstEnergy.” At that point the company presumably might have used them for other purposes, including charitable activities and lobbying.

The PUCO skipped any final review of how the rider was used after the Ohio Supreme Court held it unlawful.

“So, there was never a PUCO ruling on the merits of whether FirstEnergy had complied with the directive to use the funds (ultimately about $465 million) to support grid modernization and not subsidize its affiliate,” the Ohio Consumers’ Counsel said in a pending request for appeal.

That review could happen now, along with an examination of corporate governance and other matters, if the new independent audit digs into how ratepayer money was ultimately spent once it left the utilities and went to FirstEnergy Service Company, FirstEnergy or other affiliates.

The PUCO has said it will select a contractor in December for the new independent audit on HB 6 spending. A report is expected to be completed in April.Whatever happens, the PUCO’s Nov. 4 press release notes that the case “regarding political and charitable spending by FirstEnergy’s Ohio electric distribution utilities spending remains ongoing.” Thus, questions remain about FirstEnergy’s limited discovery responses, as well as its fierce opposition to letting environmental advocates and other parties take part fully in the case.