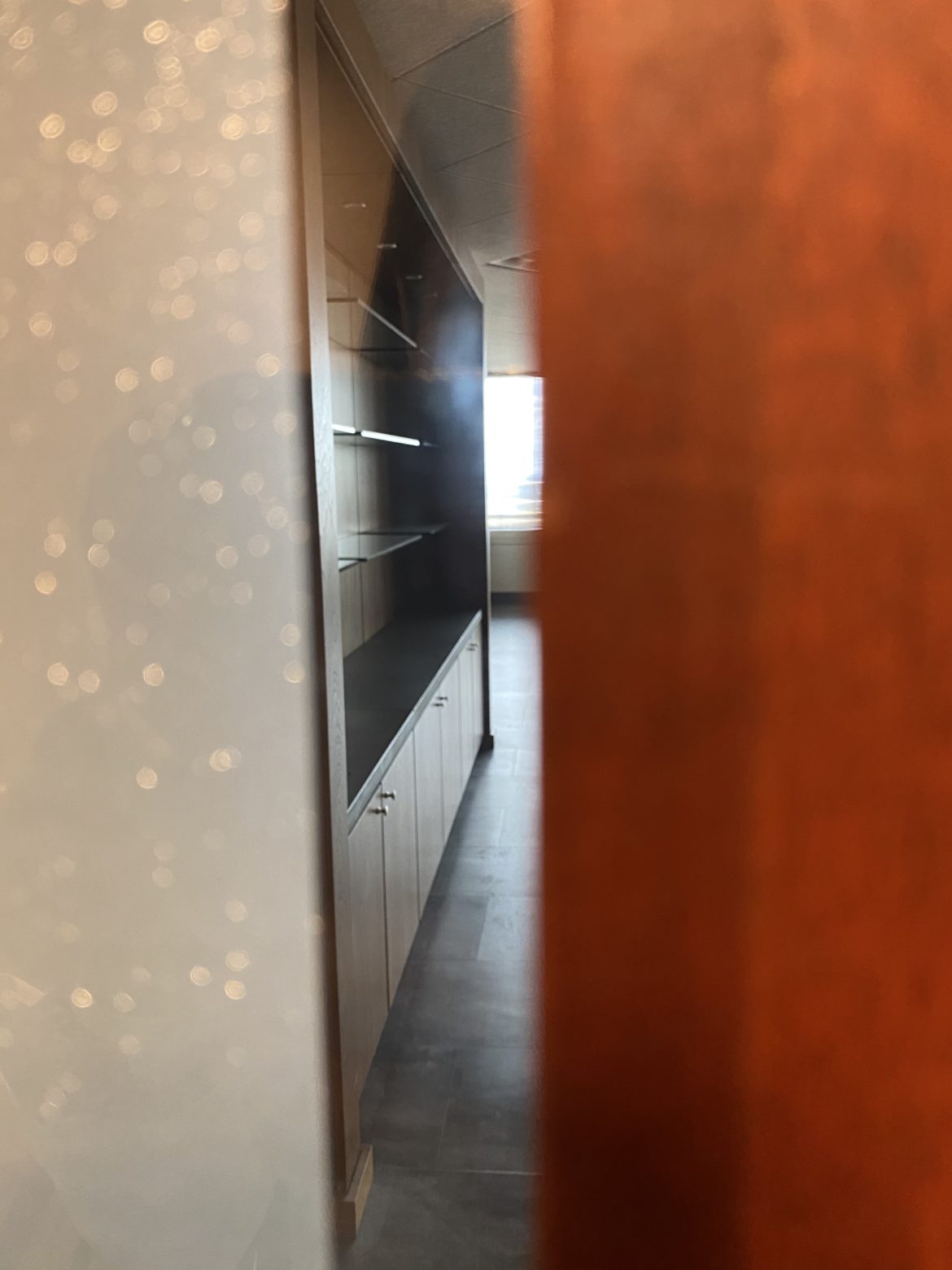 Inside the abandoned office space that once housed Generation Now the 501(c)(4) allegedly at the heart of the HB6 scandal. (Photo courtesy Eye on Ohio/Energy News Network)

Utilities, fossil fuel interests and nuclear plants are still reaping advantages over clean energy in Ohio, despite last month’s repeal of part of the law at the heart of an alleged $60 million corruption scandal.

A federal complaint released last July alleged an unlawful conspiracy to elect lawmakers who would favor Rep. Larry Householder as House speaker, secure passage of House Bill 6 and defend it against a referendum. More than $56 million went from FirstEnergy, FirstEnergy Service Company or FirstEnergy Solutions (now Energy Harbor) directly or indirectly to Generation Now, the primary dark money group at the center of the alleged scheme, or to other entities alleged to have played roles, according to a court filing by FirstEnergy in March.

Calls for a full repeal of HB 6 began last summer, with clean energy advocates also pushing for action to redress legislative moves that had hampered industry growth for at least seven years.

A surgical repeal of HB 6’s nuclear subsidies and utility decoupling charges was finally signed into law on March 31, eight months after the federal government released its criminal complaint. Energy Harbor (formerly FirstEnergy Solutions) indicated last December that it might want an option to decline the money in any case.

“It’s clear we haven’t seen the end of the ongoing HB 6 investigation,” said Miranda Leppla, vice president of energy policy for the Ohio Environmental Council Action Fund. As she sees it, “the rest of HB 6 was only able to pass because of the corrupt actions identified by the FBI. There is no excuse for leaving the remaining pieces of HB 6 on the books — especially when they are making our air quality worse, putting clean energy jobs at risk, and causing our electric bills to rise.”

It’s unclear what the partial repeal’s impact, if any, will be on Energy Harbor, now separated from FirstEnergy. Company spokespeople did not respond to requests for comment for this story.

The piecemeal repeal may be “destined to backfire if the goal is to take the heat off state lawmakers,” suggested Dave Anderson, policy and communications director for the Energy and Policy Institute. Soon, “you’ll basically have a full year where every time there’s a new revelation about the details of the corruption scandal, the question is going to be why they didn’t repeal it outright.”

For the time being, HB 6 continues to tip the scales in favor of utilities and fossil fuel interests. To the extent that it and other pending bills might suppress growth in Ohio’s clean energy sector, nuclear plants arguably benefit as well.

FirstEnergy has given up guaranteed income from revenues pegged to a year when they were unusually high. And its utilities have subsequently agreed to repay roughly $26 million collected last year, most probably through offsets.

Meanwhile, the company retains any advantage HB 6 might have provided in moving the FirstEnergy Solutions’ corporate separation and bankruptcy case along, after nearly a decade of FirstEnergy seeking regulatory and legislative bailouts for some power plants.

The law “was going to make it easier to unload Energy Harbor,” said Ashley Brown, who heads the Harvard Electricity Policy Group and previously was a commissioner for the Public Utilities Commission of Ohio. Some hearings remain in the bankruptcy case, and it’s unclear to what extent FirstEnergy might someday be liable for environmental cleanup at its former subsidiary’s coal and nuclear facilities.

For now, HB 6’s subsidies for electricity from two 1950s-era coal plants remain in place, even though one of those old plants is in Indiana. “They’re not competitive coal plants,” said John Seryak, president and CEO of Go Sustainable Energy. So, Ohio consumers and businesses “pay more money for electricity with no corresponding benefits” — roughly $700 million more through 2030, he told the Ohio Consumers’ Counsel Governing Board on March 16. A handful of previously planned solar projects also could get $140 million. Pending Senate Bill 117 would repeal the subsidies for the coal plants, and a first hearing was held on that bipartisan bill last month.

“HB 6 also provided a stealth bailout to FirstEnergy Solutions’ [now Energy Harbor’s] Sammis coal plant,” Waggoner said. “The FirstEnergy Solutions [Energy Harbor] CEO, John Judge, stated clearly that if the company got its massive — and now known to be corrupt — nuclear bailout, the company would rescind the retirement of the Sammis plant — an action they took not long after the ink dried on HB 6.”

Otherwise, bills for a complete repeal of HB 6 have largely stalled. Without action on them, provisions that gutted Ohio’s renewable energy and energy efficiency standards remain in place.

Prior analysis by the Ohio Environmental Council and the Environmental Law & Policy Center had found the energy efficiency standard saved consumers roughly $3.61 more per month, on average, than the cost of both clean energy programs. And a 2019 report by Resource Insight, Inc., for both organizations calculated that customers saved an additional $2 per month from the downward pressure that energy efficiency placed on the electricity market.

Wasted energy could cost Ohioans up to $5 billion, a March 2021 analysis found. Aside from wasting money, critics say gutting the clean energy standard will lead to more asthma attacks, heart attacks and other harmful health effects.

Critics also worry about discouraging investment and job growth in the state, both from the renewable energy industry and from companies that have made commitments to reduce greenhouse gas emissions to fight climate change. Pending bills to place further limitations on wind and solar energy would place renewable energy at a greater competitive disadvantage.

“If we fail to both repeal the OVEC subsidies and reinstate energy waste reduction programs for Ohioans, we’ll continue to see an artificial reliance on fossil fuels and more demand for electricity than we would otherwise,” Leppla said. “As a result, Ohioans will breathe dirtier air and pay higher electric bills, while these bad policies also threaten Ohio’s 114,000 clean energy jobs.”

This story is part of a collaborative journalism project produced by the Energy News Network and Eye on Ohio, the Ohio Center for Investigative Journalism. Funding is provided by the Cleveland Foundation, the George Gund Foundation, and the Accountability Project at American University’s Investigative Reporting Workshop.