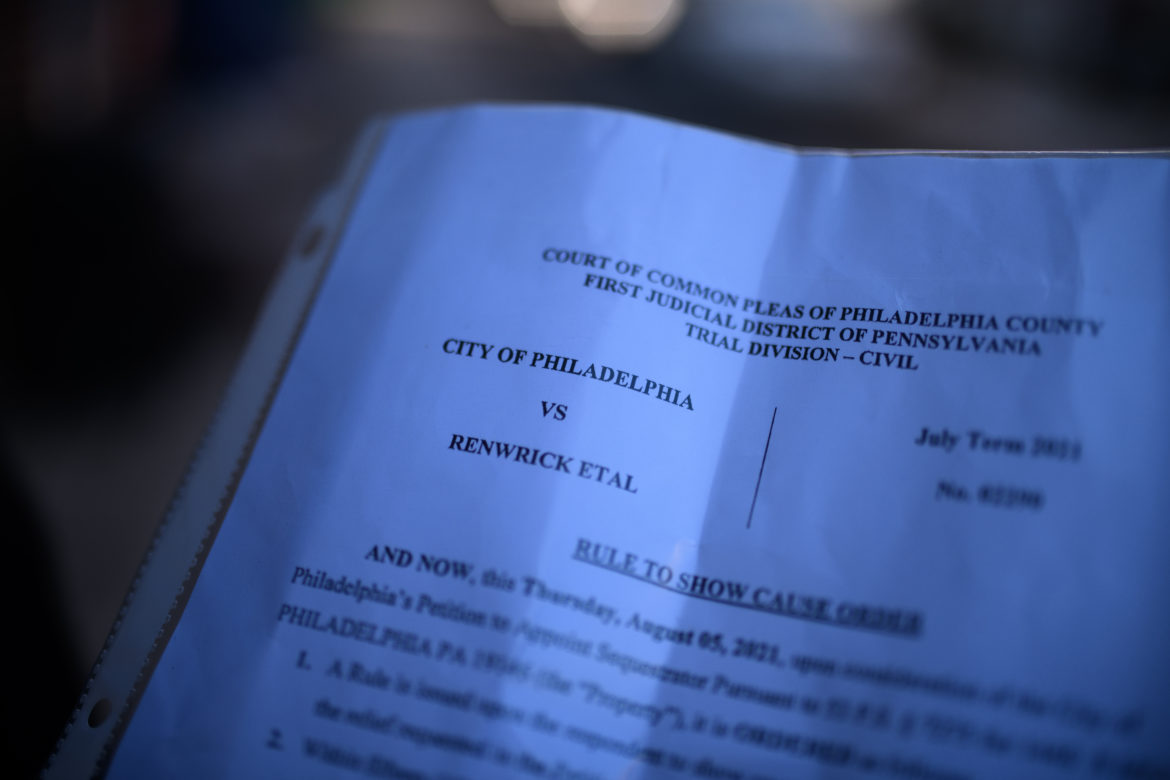 Kevina Chapolini holds a legal notice that had be placed on her home in Philadelphia last year, while standing outsdie her house on Thursday, November 18, 2021. CREDIT: Kriston Jae Bethel

Across the U.S., the cost of water and sewer has only gotten more expensive over the last several decades, with the average water bill increasing by 30% between 2012 and 2019, according to a utility bill index conducted by Bluefield Research.

As of 2019, low-income households spent an average of almost 10% of their disposable income each month to pay for basic monthly water and sewer services, according to a study out of Texas A&M University.

And in both Cleveland and Philadelphia, the pandemic and the cities’ high poverty rates mean there are thousands of people behind on their water bills.

Crystal M.C. Davis, vice president of policy and strategic engagement for the nonprofit Alliance for the Great Lakes, said her agency commissioned a study of water and sewer rates across Ohio in 2019, and found that the key issue at play was not necessarily how expensive water prices have become, but rather, one of income inequality. For some people who are struggling to make ends meet, water is always going to be unaffordable – and will become more unaffordable as rates increase and wages remain stagnant.

Meanwhile, the city of Cleveland and others cities like it continue to put liens on people’s homes for past-due water bills, a practice which disproportionately impacts people of color, according to a report from the NAACP’s Legal Defense Fund. The city of Cleveland still faces a lawsuit in federal court over those practices.

Sidebar: Why compare Cleveland and Philadelphia, and why does this matter?