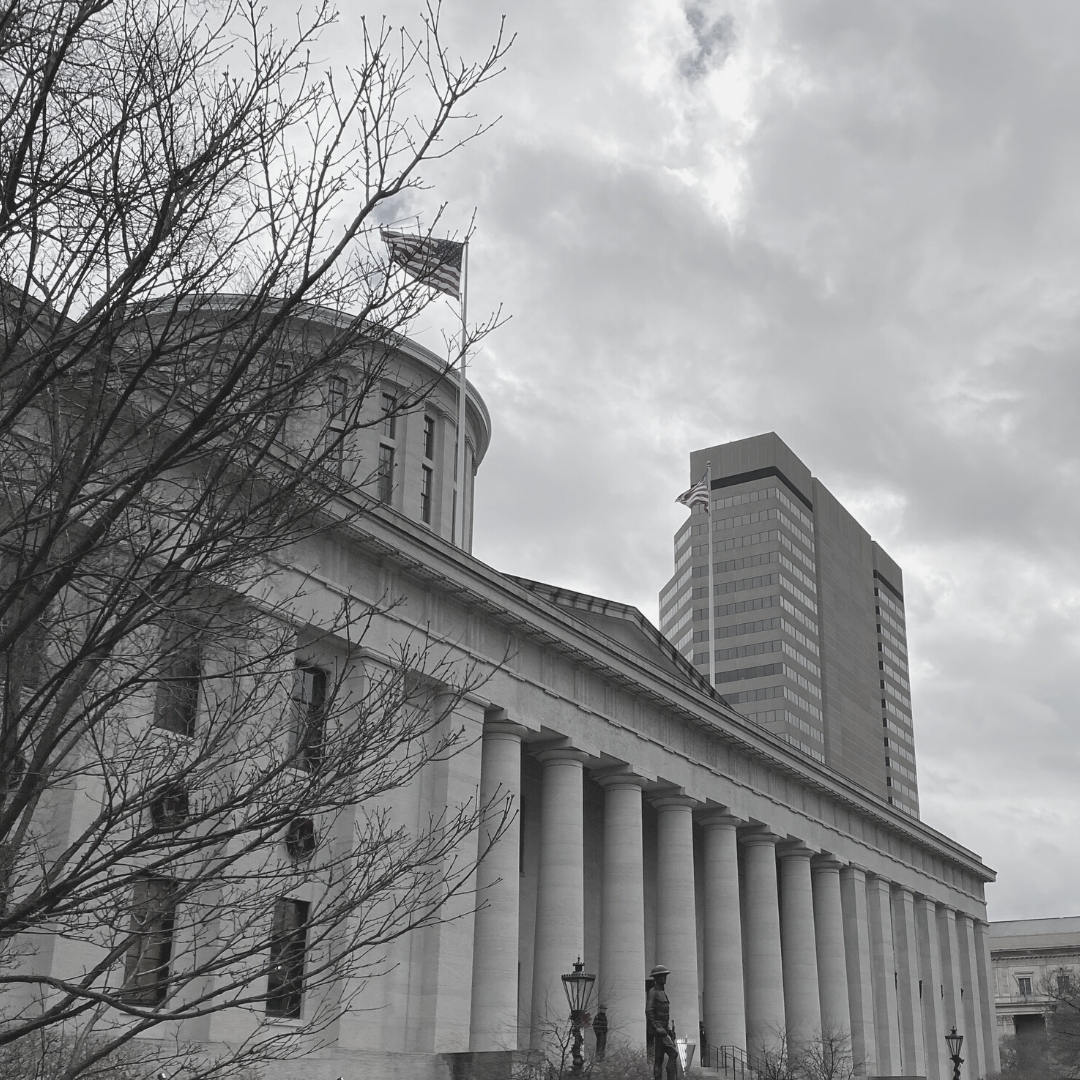 The order comes as newly released documents point to a larger role on legislative matters for the former utilities commission chair.

An upcoming audit could reveal whether FirstEnergy improperly used ratepayer money to funnel millions of dollars to an alleged unlawful conspiracy to pass and defend the state’s coal and nuclear bailout law.

The Dec. 30 audit order by the Public Utilities Commission of Ohio came the same week that the Ohio House of Representatives made available documents suggesting that former PUCO Chair Sam Randazzo provided more input on House Bill 6 and other legislative matters beyond his testimony in open hearings.

The PUCO’s new audit order is one step in a range of actions that the Office of the Ohio Consumers’ Counsel first sought four months ago. The order came nine days after three former PUCO commissioners asked Gov. Mike DeWine for an even broader investigation and more than a month after Randazzo’s resignation.

The Ohio Consumers’ Counsel asked for the audit and other steps several weeks after federal authorities indicted former House Speaker Larry Householder and others for an alleged $60 million conspiracy to pass and defend House Bill 6.

FirstEnergy is not a named defendant in the criminal case. However, allegations in the complaint point to it and its former subsidiary, FirstEnergy Solutions (now known as Energy Harbor) as the source of most of the money.

Where did the money go?

The Dec. 30 order calls for a final independent audit of a so-called distribution modernization rider. Under it, FirstEnergy’s utilities collected nearly half a billion dollars from 2017 until mid-2019. Despite the name, the no-strings-attached rider didn’t have to be spent on grid modernization. Even in 2018, FirstEnergy fought against the Ohio Consumers’ Counsel’s efforts to learn where the money went.

The Ohio Supreme Court held the charge unlawful in June 2019, but it let FirstEnergy keep the money. During Randazzo’s tenure, the Public Utilities Commission had the utilities stop the illegal charges. But it didn’t demand a final independent audit of how the money was spent.

FirstEnergy’s representatives have said it is cooperating with authorities. So far, however, the company has provided few disclosures in pending civil and regulatory cases.

“At bottom, the Companies and OCC fundamentally disagree on the scope of this case,” attorney Michael Gladman told the PUCO in a Dec. 30 letter in a related case about FirstEnergy’s charitable and political spending.

In that proceeding, FirstEnergy has tried to limit the scope of inquiry to whether charges for that spending were included in its rates. The Office of the Ohio Consumers’ Counsel and others want to know if FirstEnergy actually wound up spending ratepayer money on HB 6 or other political or charitable activity, regardless of what the purpose of the charges was supposed to have been.

Evasive legal responses in that case wouldn’t say what happened after utilities sent ratepayer money to a money pool managed by an unregulated affiliate. FirstEnergy also has been fighting to block the intervention of various environmental advocacy groups as parties in the proceeding. A prehearing conference is currently scheduled for Jan. 7.

The evasive responses in that case could support a broad scope for another audit on corporate separation issues, which the PUCO ordered just after Election Day. In any case, the PUCO’s Dec. 30 order indicates that the new audit should look at how funds actually were spent.

“For clarity, the audit to be conducted should also include an examination of the time period leading up to the passage of H.B. 6 and the subsequent referendum, in order to ensure funds collected from ratepayers through Rider DMR [the distribution modernization rider] were only used for the purposes established in [FirstEnergy’s current electric security plan],” the order said.

‘An appearance of impropriety’

The audits ordered late last year still stop short of steps sought by three former PUCO commissioners. In a Dec. 21 letter to Gov. Mike DeWine, Ashley Brown, J. Michael Biddison and Todd Snitchler wrote that the indictment, regulatory filings and other information “at a minimum, have created an appearance of impropriety” and could also reflect “possible criminal activity by actors and figures of influence in the regulated sector.”

“Any deficiency in transparency would risk doing harm to the reputations of institutions and persons who bear no responsibility for the scandal,” the former commissioners wrote. “The best way to avoid such an undesirable outcome, and, more importantly, to restore much needed public confidence is for the PUCO to act swiftly, definitively, and affirmatively to exert the full extent of its regulatory authority.”

Among other things, they want the PUCO to begin a new distribution rate case for FirstEnergy’s utilities.

“They haven’t had one since 2007,” Brown said. And given the recent allegations and other factors, “there’s just no reason … not to immediately take a look at their earnings.”

Snitchler, Biddison and Brown also want the PUCO to appoint an independent law firm or consultant to review whether FirstEnergy’s utilities should continue their monopoly electric utility businesses and whether there should be more rigorous oversight of corporate governance, accountability and compliance.

Brown, Biddison and Snitchler also want that law firm or consultant to examine interactions between Randazzo and FirstEnergy— along with its current and past affiliates and lobbyists — to determine if the companies got favorable treatment or undue benefits.

The Environmental Law & Policy Center raised similar concerns when it asked the PUCO to vacate and reconsider several rulings in several FirstEnergy cases after Randazzo resigned. The PUCO ruled against ELPC in a separate order on Dec. 30.

Randazzo’s Nov. 20 resignation came the day after FirstEnergy revealed in a federal regulatory filing that there had been a payment of approximately $4 million in early 2019 to an entity associated with an individual fitting Randazzo’s description.

Randazzo had provided testimony about HB 6 before it was passed and again in September when a select committee was charged with reviewing bills to repeal the law. Documents released by the Ohio House last week suggest Randazzo had additional communications with lawmakers and their advisors.

On April 25, for example, Randazzo used a personal email account to send Householder a comment on AARP’s opposition to HB 6. “Regardless of the clean air benefits of H.B. 6, H.B. 6 reduces the current mandate cost burden on customers and is better for Ohio customers than the status quo,” he wrote. (That position considered only the costs of the renewable energy and energy efficiency standards, and none of the net savings.)

Those emails were sent from the Sustainability Funding Alliance of Ohio, one of the for-profit groups Randazzo was associated with while he was also chair of the PUCO and Ohio Power Siting Board. A 2018 bankruptcy court filing lists the organization among various groups that provided services to FirstEnergy Solutions.

July 5 emails between the two also show Randazzo had pushed for bill language that would have made it harder for wind farms to get waivers from property line setbacks, which had been tripled by a last-minute amendment to a 2014 budget bill.

“If the House language establishing a referendum option to void OPSB [Ohio Power Siting Board] certificates for wind farms is not viable going forward, there are alternative means to give local interests more control,” Randazzo wrote. A bill to do that was introduced that fall but eventually died in committee. Opponents said it would have been fatal to further development of the state’s wind industry.

Additionally, an email from Adina Greenridge at the policy analysis firm Capstone indicates that a “colleague from the PUCO” briefly joined a March 6, 2019 meeting between former Majority Policy Advisor Jimmy Wolf and investment representatives. Listed attendees included representatives of two big bondholders that went on to have substantial ownership interests in Energy Harbor when it emerged from the FirstEnergy Solutions bankruptcy case.

Randazzo has not responded to a request for comment for this article.